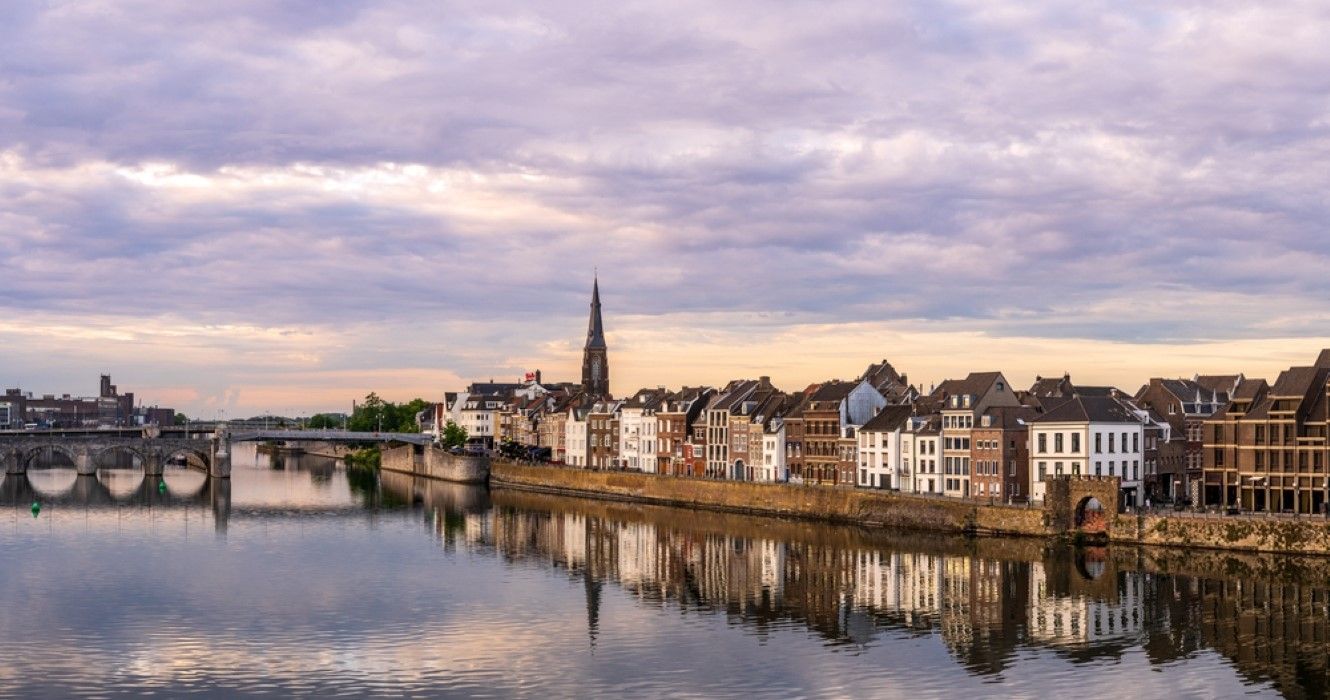 10 days in the Netherlands: your essential itinerary

Go beyond the capital of the Netherlands and discover the rich history, charming villages, bustling university towns and much more.

Maastricht and the Meuse, the Netherlands

The Netherlands is a small country, but most travelers barely scratch the surface of what it has to offer. While the capital, Amsterdam, is where most visitors spend their time, this only gives a glimpse of life in the Netherlands.

Beyond the Red Light District, shopping streets and canal walks, the country is a charming mix of historic towns, futuristic cities and seaside escapes. Here’s how to spend 10 days exploring more of the Netherlands and getting a feel for what Dutch life is really like.

Travelers arriving in the Netherlands by air will land at Amsterdam Schipol Airport. From there, they will have to take a 15-minute train to the city center. There are many budget and high-end accommodation options in Amsterdamlike the Mr. Jordaan Hotel or the Flying Pig Downtown Hostel.

Travelers can take the first day to check into their hotel, hostel, or Airbnb, then set off to explore the popular Jordaan neighborhood. The streets along the canals are reserved for pedestrians and there are plenty of shopping opportunities in Negen Straatjes.

The next morning, leave the city for a day of exploring one of the The most emblematic sites of the Netherlands: the windmills. About 30 minutes from Amsterdam, travelers can visit Zaans Schansa historic Dutch quarter on the Zaan River.

Although most people come simply to see the infamous windmills, it’s important to note that there are still people living in this charming town that brings 18th and 19th century Holland into modern times.

Related: A guide to the 12 provinces of the Netherlands

From the capital of the Netherlands to its fairytale town, travelers should head to Giethoorn, just 1.5 hours from Amsterdam by car.

Giethoorn is affectionately known as the Venice of the Netherlands because of its waterways that serve as “roadways” for residents of the charming cottage-like homes that line the banks.

Spend a night in quaint accommodations like B&B de Hofstee or De Lindenhof.

Nijmegen is a largely overlooked destination in the Netherlands. It is the oldest city in the country with a historic downtown and many excellent restaurants.

Travelers can reach Nijmegen by car in just under two hours from Giethoorn or around 2.5 hours by public transport. mark sound 2000th anniversary in 2005Nijmegen is a historic gem in the Netherlands that travelers should spend at least a day and night exploring.

Venture about 2 hours south of Nijmegen to the city of Maastricht. Maastricht is a university town with medieval architecture that has a completely different atmosphere to Amsterdam.

Historic houses and narrow cobbled streets are part of the charm of this magnificent town. Highlights for travelers to explore include the Boekhandel Dominicanen (a bookstore inside an old cathedral), the Basilica of Saint Servatius, and Maastricht metro.

The Maastricht metro is a collection of caves, the fort and the Kazematten tunnels that form the foundation of the city.

Take the train or car from Maastricht to Rotterdam (approximately 2.5 hours) and experience the modern side of the Netherlands in its most futuristic city.

The historic architecture and narrow brick houses associated with Amsterdam cannot be found here; instead, the buildings are massive, modern, and feature innovative designs.

Rotterdam is a university city, so there is plenty to do here in terms of nightlife thanks to the student population.

Related: 10 tips for visiting the Netherlands for the first time

With a full day to explore Rotterdam, travelers can visit top attractions like the Boijmans Van Beuningen Museum, full of beautiful works of art, see the Gothic towers of St. Lawrence Church, or spend an afternoon at Rotterdam Zoo. Rotterdam (a great option for families traveling with young children).

Don’t miss modern architectural marvels like the Cube Houses, the Euromast Tower and the Erasmasbrug (bridge).

Depart Rotterdam for Utrecht on the way back to Amsterdam as the trip draws to a close. The journey takes less than an hour by train and a little over an hour by car.

Utrecht is an interesting stop on a tour of the Netherlands for its medieval city center and its green-lined canals. The 19th century railway museum, Spoorwegmuseum, is a must visit along with De Haar Castle.

In just 30 minutes, travelers can return to Amsterdam by train the next morning, giving them nearly a full day to explore the capital once more before departure.

To get a unique look at Dutch culture through its cuisine, it’s a fun idea to book a guided food tour. Try local specialties like pickled herring, stroopwafels, salmiak licorice and oliebollen.

Have breakfast in town for one last experience of Dutch coffee culture before departure. For breakfast, try Dutch pancakes, called poffertjes, at one of the many popular places like From Carousel Pannenkoeken Amsterdam.

Board the train to Schipol Airport for the return flight or board a train to another European destination.