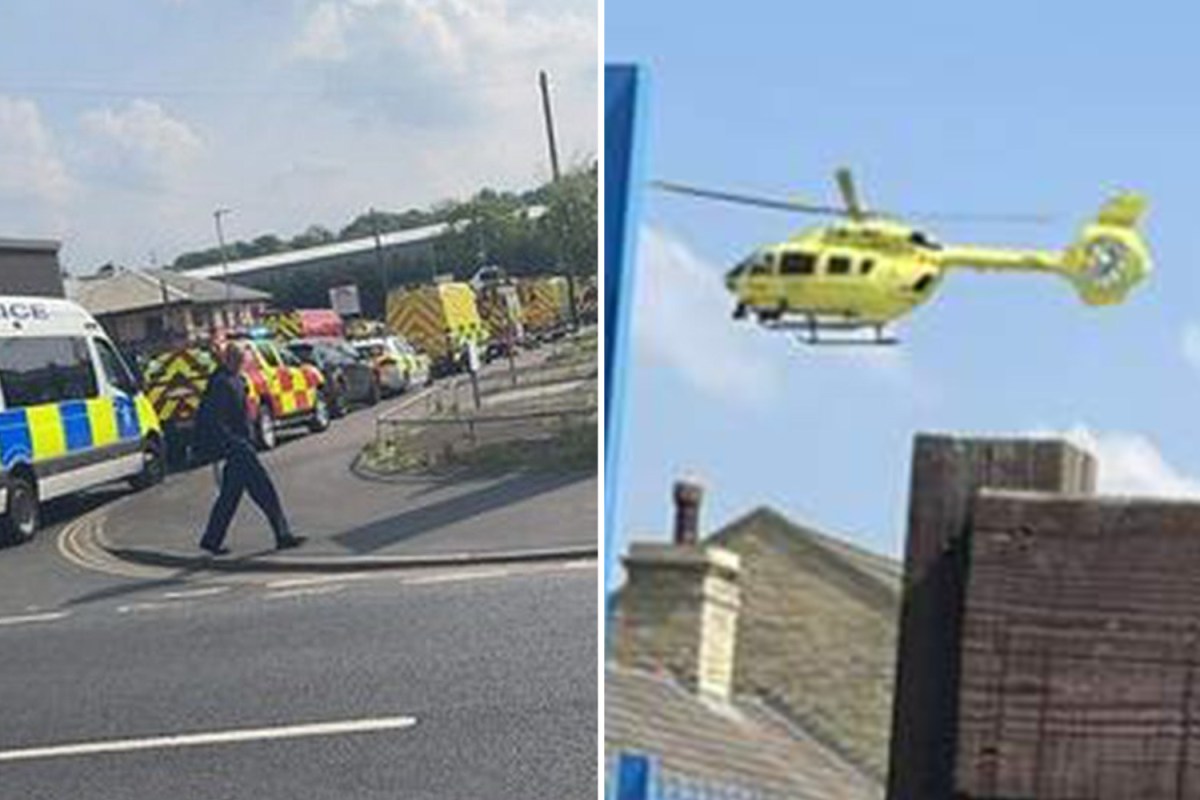 THE body of a 13-year-old boy was removed from a river in Yorkshire hours after he went missing while swimming with friends on the hottest day of the year.

The boy disappeared underwater after struggling in the River Calder in Brighouse, West Yorkshire on Tuesday afternoon.

A search and rescue operation was launched but was called off hours later after police found the body.

A spokesperson for West Yorkshire Police said: ‘Police and partner agencies were called at 2.38pm today to report that a child was playing with friends and had struggled in the River Calder.

“An urgent search was carried out by specialist colleagues from firefighters and police officers.

“Tragically, the body of a 13 year old boy has been found.”

Chief Superintendent Sarah Blake said, “We are continuing our investigations.

“Although investigations into what happened are still in their infancy, everything indicates that this was a tragic incident in which a teenager lost his life.

“Specially trained officers are working to support the victim’s family during this devastating time, and our thoughts are with them. “

Dozens of children are said to have played near the water today during their school break.

A witness spotted a group of young boys trying to enter the river – before being detained by police.

Tributes to the young boy were left on the bridge near where the boy drowned.

Friends and locals came to pay their respects to the teenager after his drowning.

It comes after divers removed the body of a missing schoolboy from the Thames.

The youngster disappeared while swimming on the holiday.

Rescue teams had cleaned up the water between Bourne End, Bucks and Cookham, Berks after the teenager went missing.

But tragically, the body of the 13-year-old was found in the early hours of this morning.

Meanwhile, a woman’s body was removed from the water in Maidenhead, Berks yesterday.

Police are investigating the unexplained death. The woman was found at Boulters Lock at 7:15 a.m.

The Royal Berkshire Fire and Rescue Service tweeted over the weekend: “We know it can be tempting, but please don’t use open water like rivers, lakes and canals to cool off. .

“You have no idea what is below the surface and the shock of cold water can kill.”

Frustrated customers are still waiting for refunds seven months after…