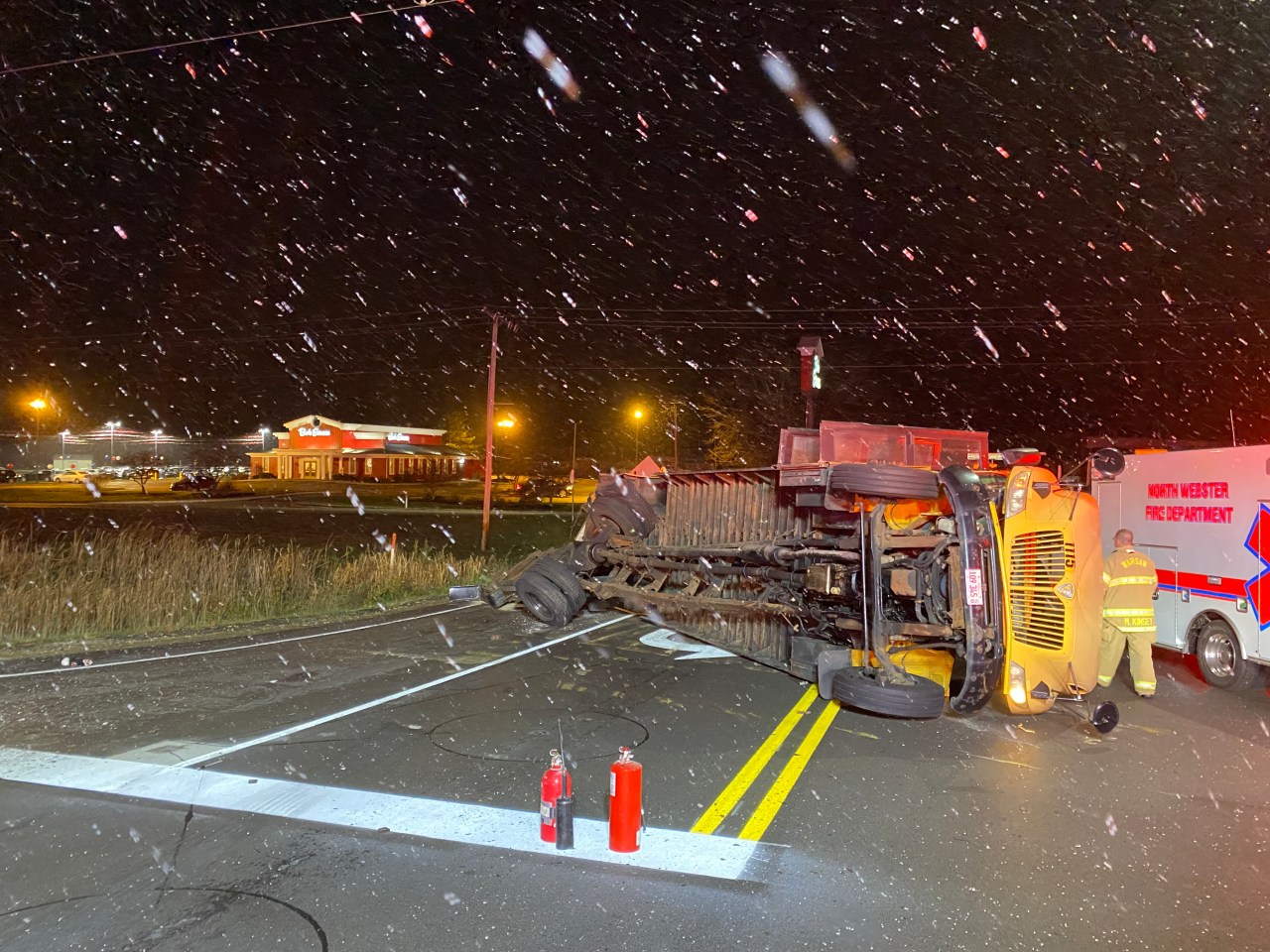 The Warsaw Police Department said the accident happened just after 8 p.m. at the intersection of US 30 and Center Street. Police received calls before a tractor-trailer swerved into another lane and accelerated. Officers were on their way to intercept the tractor-trailer when they were informed that it had hit a school bus.

Police said a total of 26 people were on the bus, including two coaches, the bus driver and the St. Ignatius College Prep high school hockey team in Chicago, Illinois. The team was in Indiana for the weekend for a hockey tournament and was in the back of their hotel at the time of the crash, police said.

First responders quickly determined that several children between the ages of 14 and 17, most of them 15, had been injured.

All those injured in the accident are now said to be in stable condition.

An initial investigation determined that at least one of the student-athletes was ejected from the bus as it turned off of US 30 onto Center Street. Police said the bus driver cooperated with investigators and consented to a blood test due to the severity of the crash.

According to police, the semi-driver continued west of US 30 before coming to a stop on the road near where the crash occurred. Officers said they detected a strong smell of alcohol when they spoke with the driver of the tractor-trailer. The driver also had slurred speech when speaking with officers at the scene.

Warsaw police have opened an OWI investigation. The semiconductor failed the field sobriety test, then refused a chemical test by officers. The department said they obtained a search warrant allowing them to take the driver to an area hospital for a blood test.

The driver was identified as Victor Santos, 58, of Brooklyn, New York. Santos was previously charged with a felony of acting while intoxicated causing grievous bodily harm.