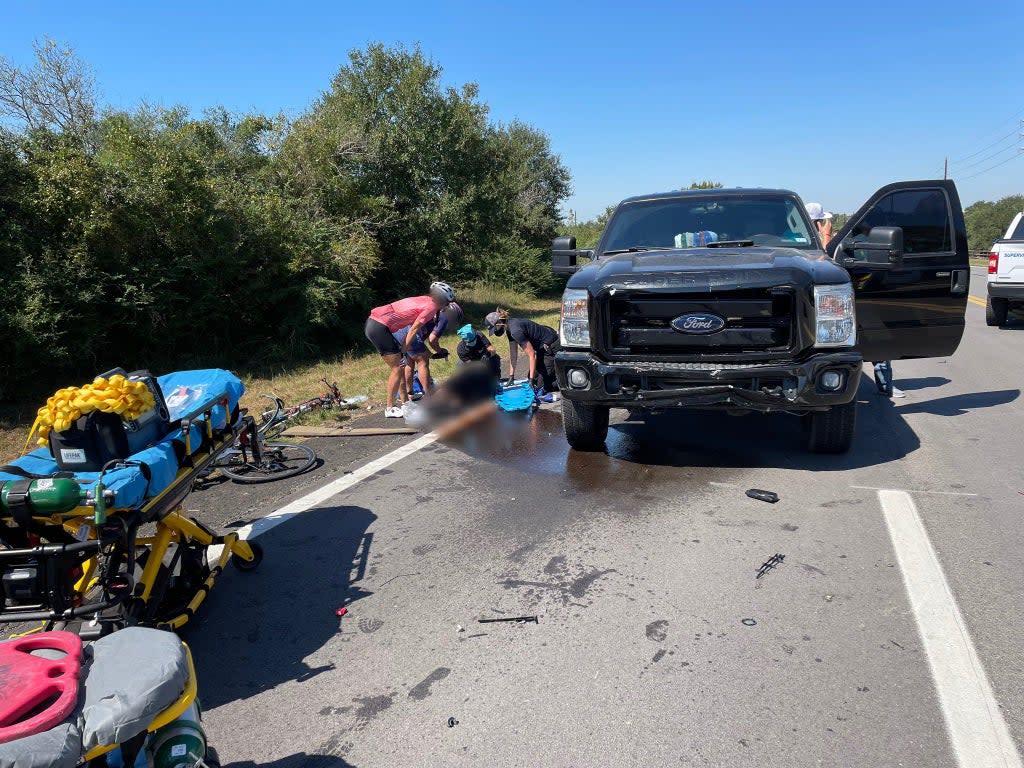 A teenage truck driver crashed into a group of Texan cyclists as he allegedly tried to blow smoke at them, and left several hospitalized on Saturday.

Six of the Houston-area cyclists were struck by the vehicle, four of which had to be taken to hospital, including two by helicopter, according to the Waller County Sheriff.

Chase Ferrell, who was part of the group of cyclists on the freeway, said Fox 26: “I thought someone was dead.”

“I heard a lot of crackles. I heard brakes. The tires squeak. People are screaming, ”he said.

Mr Ferrell told the media outlet that a black diesel pickup truck swerved into its lane and approached it, before accelerating to blow smoke into its lane. Shortly thereafter, the driver attempted to do the same to the cyclists in front of Mr. Ferrell.

“The reason he couldn’t stop was because he was accelerating to blow more diesel fuel on these riders,” Ferrell said. “He ended up hitting three people before his brakes even started. “

The driver of the van was identified as a 16-year-old boy, who remained at the scene and spoke to police.

“There was no reason for this to happen,” Ferrell said. “It wasn’t like he was on the phone. [He] definitely meant to try and scare these people [or] intimidate them in one way or another. [Maybe he then] made a mistake and overwrote them.

As of Sunday evening, the driver of the van was not arrested, a Fox reporter reported on Twitter.

Pushpay Adds Sumita Pandit and John M. Connolly, Experienced Growth Executives, to its Board of Directors

Out Traveler is back in print!