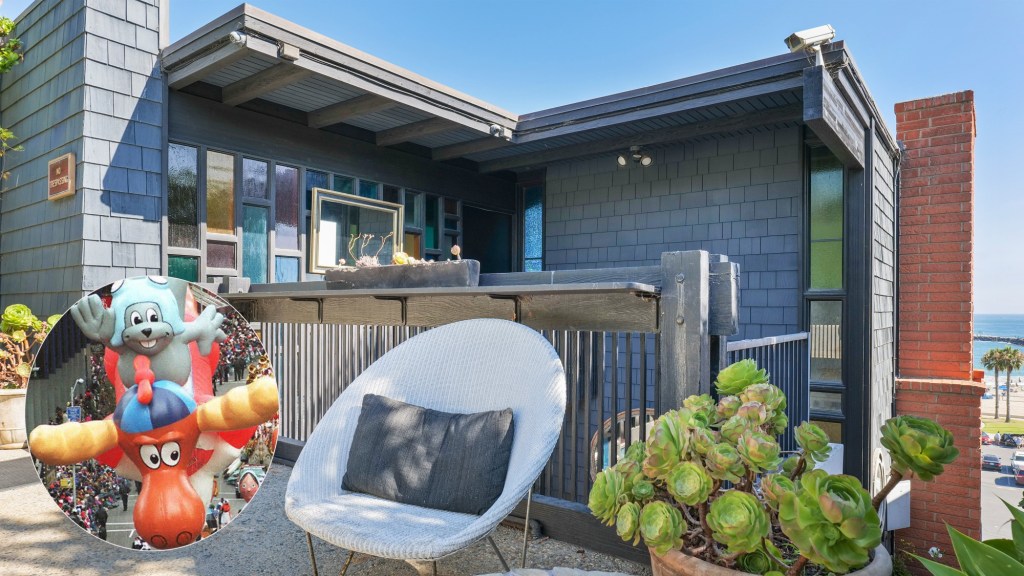 Looking to capitalize on the short-term vacation rental market? A hillside property in Corona del Mar with two beachfront homes linked to the late TV cartoon creator Jay Ward of Rocky and Bullwinkle is up for grabs.

With the upper house on Ocean Boulevard and the other on private, gated Breakers Drive at beach level, this six-bedroom, 4,305-square-foot, four-bathroom combo has an asking price of $15 million.

According to the listing, each home carries a “rare” overnight rental designation for use like Airbnb or VRBO.

“I think there is a way to capture the history of this property and make it the famous home it should be,” said listing agent George Charles Hanold V, co-founder and CEO of The Times. Real Estate California, based in Newport Beach. “But it’s up to the new owner to make it a themed stay.

Hanold estimated that each house has the potential to fetch between $1,000 and $2,000 per night.

County documents show the property was last sold for $5.8 million in February 2016.

The old house has approximately 1,755 square feet of living space with some updates. But for the most part it retains its original character.

Features include stained glass panels, walls of glass and an imposing brick fireplace in the great room which opens in part to a two-story tongue-and-groove ceiling with exposed beams. The living room has direct access to an expansive terrace for entertaining.

“It’s a smaller home, but it’s grand with dramatic ceilings and ocean views from every vantage point on the property,” Hanold said. “You could see the mouth of the harbor and watch all the action.”

A staircase runs along the property connecting the two houses.

Inside the Breakers Drive home there is 2,550 square feet of living space on three levels, accessible by stairs or an elevator. The main level is on the second floor and includes a kitchen and a great room with a terrace.

There is another terrace off the upper floor master suite.

Ward and his partner Bill Scott created many memorable cartoons from the 1950s to 1970s, including the original adventures of a brave flying squirrel named Rocky and his clumsy sidekick Bullwinkle J. Moose. His other designs included George of the Jungle, Super Chicken, and breakfast cereal commercials for Cap’n Crunch.