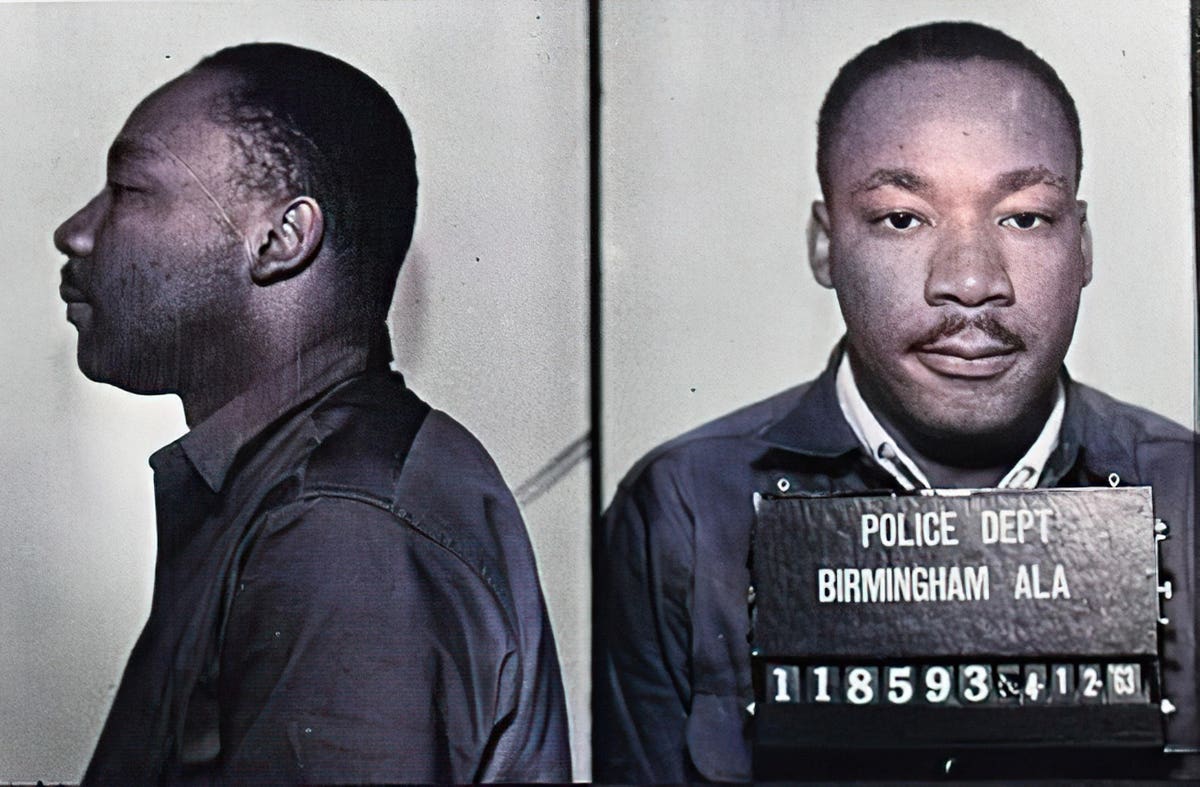 As we approach another feast of Dr. Martin Luther King, I have reflected on one of his most important writings, the “Letter from a Birmingham Jail.” Dr. King wrote this epic letter on April 16, 1963 as a political prisoner. Dr King and many civil rights leaders were in Birmingham as part of a coordinated campaign of sit-ins and marches against racial segregation. It was stopped for “defying” an injunction issued by a judge removing their right to demonstrate. King wrote his letter in response to clergy who criticized him for his nonviolent activism. He implored people of all races, especially the racial majority, to take a stand against racist laws and act in the name of justice. Let’s explore three lessons from his letter that apply to today’s climate crisis.

Dr King wrote: “I am aware of the interconnectedness of all communities and all states. I can’t sit idly by in Atlanta and not worry about what’s going on in Birmingham. Injustice everywhere is a threat to justice everywhere. He was responding to those who called him an “external agitator”, but this statement touches me as a climatologist. Our weather-climate system is intimately linked to all aspects of our daily lives. Climate change is a crisis that disrupts agricultural productivity, public health, economic well-being, national security, water supplies and our infrastructure. I always try to make this point because too many people don’t make the connection to their daily lives. Believe me, they’re there when you buy groceries or gas, turn on your tap, consider your health, or watch parents battered by storms like Hurricane Ida. Like the racism of King’s days (and now), certain groups of people disproportionately carry the weight of climate change – the poor, the elderly, children and communities of color. We can no longer sit idly by as heat waves, hurricanes and floods ravage communities. The impacts of climate change are accelerating and the economic gap is widening. Something tells me that Dr. King would have been on the front line for this crisis as well.

Another part of the letter that I want to highlight is this statement – “For too long our beloved Southland has been bogged down in a tragic effort to live in monologue rather than dialogue.” He explains why his nonviolent actions were necessary to break the inertia of inaction and produce negotiations. I am often frustrated by events happening around us that we scientists have been preventing for decades. While rapidly escalating hurricanes, record-breaking months or years of heat, or downpours in New York City make headlines, these extreme events are not news to climate scientists. Last week a NOAA report pointed out that 20 climate-related disasters exceeding $1 billion in damage each occurred in 2021. Increasingly, public inquiries a signal that we have moved beyond misguided questions such as “Is climate change real?” or “Is this a hoax?” It reminds me of the same skepticism some people showed at the start of the coronavirus pandemic, but now look at where we are (more than 5.5 deaths worldwide at the time of writing). We need the same sense of urgency and action on the climate crisis. We need dialogue (and action) now. A recent bipartisan infrastructure bill is a start, but other climate-related legislation languishes in partisan wrangling.

The last part of the letter (and you should consider reading it all for the King’s Service Holiday) that I want to present is this statement from Dr. King to his white clergy peers. He wrote: “I hope this letter finds you strong in faith. I also hope that circumstances will soon allow me to meet each of you, not as an integrationist or a civil rights leader, but as a fellow clergyman…” For me, this is a statement of unity. Many of us are shaped by our race, our faith, our ideological, geographic, cultural or other marinades. They flavor us over time by creating “tribes” and silos. King pointed out the commonalities in a tense cloud of disagreement. We also have one thing in common – the Earth. It’s the only habitable planet we have. It is in our interest to promote good stewardship of it and to see that it is so for our children, etc.

The reinvention of Croatia, from tourism backwater to holiday giant