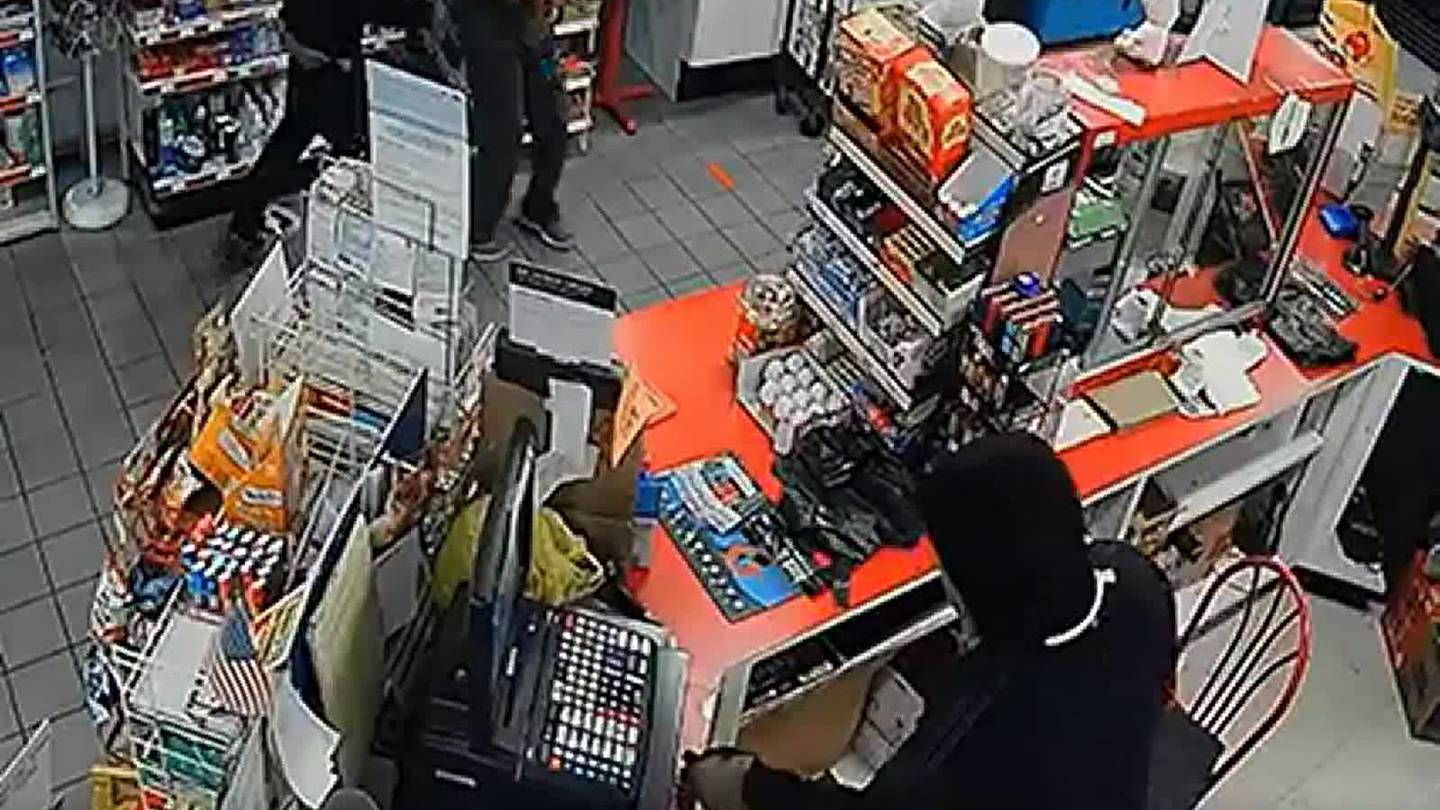 MEMPHIS, Tenn. — Three men rushed into a Shell gas station armed with handguns and a rifle and put the employee in a headache.

Around midnight on May 1, the Memphis Police Department (MPD) responded to a robbery call at a Shell gas station, located in the 2300 block of Germantown Parkway.

Surveillance footage showed the men rushing towards the employee, forcing him to open the cash registers.

One of the suspects held the store clerk at gunpoint and placed him in a headlock, while the other two suspects took the cash from the ledgers and a large number of cigarettes in displays, police said.

Police also said the suspects took the items and fled in a small black vehicle.

Anyone with information about this incident should call Crime Stoppers at 528-CASH.

You can also submit your advice to http://www.crimestopmem.org

If an arrest is made, you may be eligible to receive money from Crime Stoppers of Memphis and Shelby County, Inc.