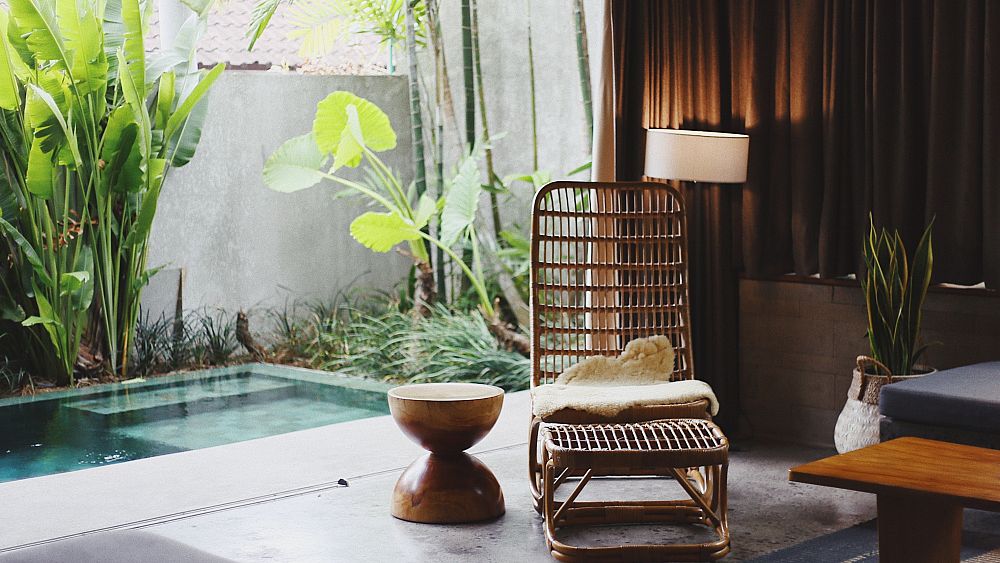 364,000 sustainable homes on Airbnb are now up for grabs, but customers are reporting horror stories

Airbnb announced a upsurge in bookings to stay in eco-responsible homes worldwide, with an increase of 141% last year. With over 360,000 “sustainable stays” now available on the rental platform, ecotourism is on the rise as guests create housing solutions that respect the environment.

Along with those numbers, Airbnb reported that there had been a 175% increase in homes made from recycled materials over the past four years, such as glass bottles, tires, and even recycled fabrics like the denim. Data is based on users including specific keywords in their searches, such as “recycled materials”, “upcycled materials”, “recovered materials”, from August 2015 to August 2019. Hosts also share more than ever photos of green spaces, because their guests react positively to the scenery filled with nature.

According to Eurostat statistics, the residential sector accounts for 27% of energy consumption in Europe, including space and water heating, cooling, cooking, lighting and electrical appliances. Home heating is the main energy-consuming component, followed closely by water heating and lighting fixtures, according to statistics from 2017. As a result, tenants using Airbnb are increasingly aware of the environmental impact of housing, choosing to stay in sustainable homes on vacation. .

These homes can include energy efficient electrical systems and are often made entirely from reclaimed materials like wood. Some, like Zoe’s ‘cozy wooden cottage’ in the UK, even come with eco-friendly accessories such as a hammock and blankets made from recycled plastic bottles, and one apartment in Portugal has a reclaimed denim sofa and cork floor.

Airbnb Product Manager and Co-Founder Joe Gebbia described the news as “truly amazing to see that the impact is even greater than we could have imagined,” in Airbnb’s official announcement . He pointed out that the Airbnb community “supports environmental sustainability around the world”.

What is Airbnb’s reputation?

Since its launch in 2008, Airbnb has hosted 400 million guests and now offers listings in over 190 countries. The research carried out by the Morgan Stanley Report also showed that over 50% of Airbnb users in 2016 willingly used it to replace a traditional hotel stay. With the notion of booming rental platforms in many industries today, it is no surprise that the user-friendly online site is so popular globally.

However, Airbnb has been criticized by many for its lack of concerned or available customer service. In fact, there is a website solely dedicated to “helping hosts and guests share their stories about the risks and dangers of using Airbnb” – it’s called AirbnbHell.com.

At the site, guests slumped onto the platform, citing issues such as ‘false advertising’ of accommodation with inaccurate photos, ‘discrimination’ after ‘host cancels before trip begins,’ an example of “account mistakenly disabled twice in a weekend” and even disturbing anecdotes such as “homeless in Philadelphia after no contact”.

“Alone late at night in the streets of Naples”

To better understand an authentic customer experience at Airbnb, we spoke to a woman (who wishes to remain anonymous) about her stay in Naples last month. She describes being “alone late at night in the streets of Naples with Airbnb or host answering my messages and calls”, the weekend of her birthday. She says Airbnb “hasn’t helped me in any way.”

When she finally contacted Airbnb by phone, customer service simply concluded that she was “looking more for a hotel” that, in her words, “defies their whole raison d’être and the philosophy of the company.”

In the end, she found herself in many taxis, “going from one replacement apartment to another” and “paying a much higher price for last minute accommodation”. The only compensation she could claim was a £ 24 voucher that didn’t even cover the price of the taxi.

Despite the fact that Airbnb has a twitter account To answer questions and also provide a number to call, many customers report that customer service is below average at best. At Euronews Living, we tried reaching out to someone at Airbnb for a comment, but found the automated voice over the phone to be frustrating and we couldn’t reach a real person.