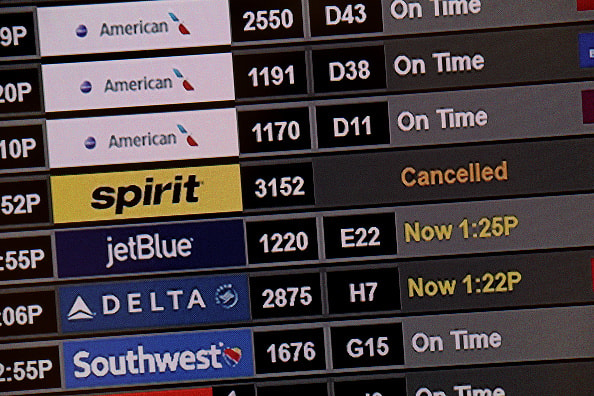 4 of the 5 worst airports in America are in Florida

Four of the airports on this list totally deserve to be there. If you’ve ever driven through Miami or Orlando, you know how complicated it can be. But Tampa has the best airport of any city I’ve lived in. So take this list seriously if you want. I can not.

The Family Destination Guide’s “vacation experts” say they’ve crunched the numbers and here’s what they found. They say they took statistics from the Transportation Bureau for 2022 and looked specifically at the number of delays. They discovered that four of the five worst airports in America were here in Florida. The only non-Florida airport in the top 5 was Newark Liberty International in New Jersey – which TOTALLY belongs at the top of this list.

According to their data, only 70.5% of flights departing from Tampa International Airport left on time in 2022. 3.63% were simply canceled. Personally, none of these cases have happened to me in the dozens of flights I have had from TPA. I will say that I have been annoyed with the number of times the gate team is not ready for a flight arrival. It’s frustrating when after a long day of travel you have to wait for the plane to get clearance to stop at the arrival gate. This happens far too often at Tampa International. [Source: Family Destinations Guide]

At this time of year, airlines tend to lower their prices now that the busy holiday season is over. You can find great deals right now on flights from Tampa…especially if you’re packing light. The airline business model has changed over the years. They lure you in with these super low airfares and then charge you for things like snacks, Wi-Fi, or carry-on luggage.

Here are some of the best ROUND TRIP flight deals I found this morning (January 10, 2023) for week-long getaways over the next few months.

Why foster families are ready to return