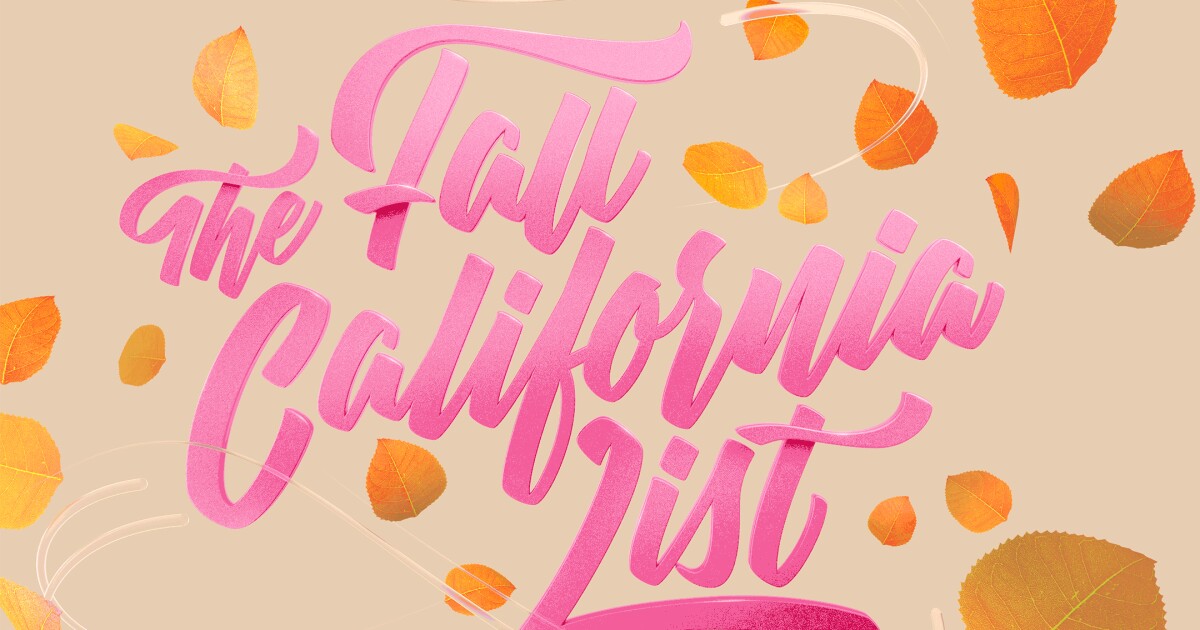 40 things to do in California to greet fall

By Judy J. Beasley Last updated Sep 27, 2021
Share
Olvera Street is an origin story well suited to Los Angeles. It was truly one of the first streets created in the early years of the city. Then, after falling into disrepair in the early part of the 20th century, it was converted into some sort of comic book version of itself. Today cartoon, commerce, despair and legitimate history mingle like flavors in a long simmering stew.

If you’re hungry or in need of a souvenir, start with Olvera itself, which is a pedestrianized alley of laid-back restaurants and trinket vendors. The pandemic has closed at least one restaurant and slowed demand for hats, masks, toys, plates, leather and small guitars. But the restaurants El Paseo, Cielito Lindo and Luz del Dia are hanging there, as it is The village of Olverita, which sells clothing, crafts, art and kitchenware.

For a more skeptical look at colonial history, head up the stairs (halfway down the west side of the street; limited hours) see “Tropical America”, a fresco by David Siqueiros whitewashed by the authorities, then restored later. (Yes, it’s an indigenous worker crucified at the center of the composition.)

There is more history across the main street in LA Plaza de Cultura y Artes, which includes a two-story history and art museum. (Of the 44 founders of Los Angeles, the museum notes, 26 had at least African roots.)

Pro tip: Olvera Street owes its partly real and partly false character to a civic activist Christine sterling, who may never have been to Mexico, but who led the campaign to take over the region in the 1920s and 1930s. One of his main boosters was Harry Chandler, then editor of The Times.

Venice without her | Festivals and awards