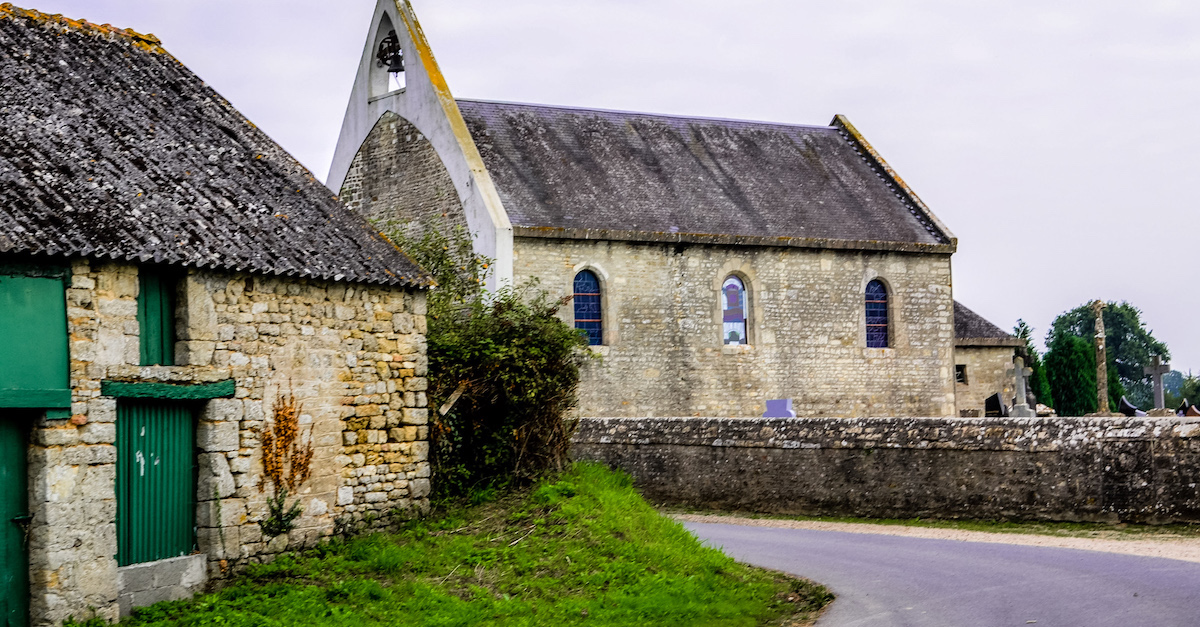 5 things I learned from getting lost in Europe

Do you know the feeling of being hopelessly lost while traveling? As you wander through unfamiliar cobblestone streets trying to locate your hotel, while the sun is beating down and people around you speak another language, the joys of travel may fade.

Even with GPS and maps on smartphones, I can still get lost trying to navigate a country that is new to me. Maybe it’s a malfunction of my trusty phone. Or it’s a problem with a latitude and longitude address instead of street names and numbers.

I made a few unintentional detours in my travels in Europe. I’m sure I circled the country roads in great circles, trying to find my way. And just the thought of driving on roundabouts in Britain causes panic.

But looking back, I can see that getting lost is a way to meet new people and new adventures.

I know that the next time I venture to Europe, I will get lost again. And I hope to enjoy the experience instead of being frustrated. Here are a few things I learned from taking a wrong turn or two in my travels. I hope these lessons will help reduce your stress if you get lost and encourage you to look positively at your wanderings, even when you are not where you are supposed to be.

1. Use marks for reference

When you arrive in a new city, look for a landmark near your hotel, train station, or where you plan to use it as a base. It can help you not only when you read maps on smartphone or paper, but also if you take a taxi.

I learned this in Rome when we went for dinner after sightseeing all day. The restaurant in Piazza Navona served delicious food and remarkable wine. But we didn’t know how to get back to our hotel a few kilometers away.

We got in a cab and gave our Airbnb address. The driver said there was no such address. I showed him my notebook. No, not such an address. Fortunately, I knew we were half a block from the Basilica of Santa Maria Maggiore. The driver knew this big church and we left.

Your landmark could be a statue, like Gutenberg in the city of Strasbourg. Or the golden dome of Les Invalides in Paris. Pick something that a cab driver, Uber driver, or a street dweller would know. Then you won’t have to rely solely on GPS which may or may not work.

2. Try unusual places to get help

While you can always run into a hotel and ask for directions at the front desk, be creative and don’t be afraid to ask for more specific help elsewhere. Think museums, small shops, or maybe a laundromat.

I was following in my father’s footsteps during WWII and driving around Le Havre in France, where he was stationed for a year after the war. My dad took pictures of the places he saw there, and one of them was the World War I war memorial. With the city almost completely rebuilt after the war, I wasn’t sure if this memorial had survived or how the streets had been reconfigured if so.

I wanted to give up after circling downtown, but my husband suggested we stop at a small museum. I walked in and spoke with the friendly young man who worked there. When I showed him the black and white photo my father took in 1945, he lit up. Yes, yes, this memorial is still standing. But the streets are different. He gave us detailed instructions, and we found him. I was able to stand exactly where my father stood decades ago because this kind man helped us.

Another time my daughter and I arrived in Bath, England, and for some reason we couldn’t find our hotel. I pulled up to a laundromat. My daughter came running in and asked if anyone knew the hotel. A man said yes, and as soon as he folded his socks he took us there in his car.

People have a good heart, don’t they?

3. Aim very early for tours, programs and anything that has a start time

When traveling, you may have booked tours, bike tours, shows, timed museum tickets, or dinner reservations at a stylish restaurant. I’ve learned that a good rule of thumb for anything I need to get on time is to aim an hour earlier. It might sound too conservative, but I would have missed out on some fantastic experiences otherwise.

An example is the Context Travel tour I booked in Berlin. Run by academics, these tours don’t come cheap. But I wanted to learn everything I could in a short time by visiting the Berlin Wall Memorial. So we left, planning to arrive an hour early “just in case”.

I am still in awe of what happened. We took a train from our hotel. Then we got on a tram. Using smartphones we have traveled over and over again. After a while, I noticed a different feel in the architecture. It was definitely the old East Berlin, and we were meant to be in what had once been West Berlin. We got off the tram, my husband insisting the GPS said it was okay, and we took another.

As it turned out, the tour was directly where the train had dropped us off almost an hour earlier. We laughed at our mistake and met our lovely Irish guide Finn for a full morning on the Berlin Wall. We would have missed this awesome tour if we hadn’t aimed very early.

4. Take steps to avoid getting lost in difficult areas.

Sometimes prevention is the cure. Before leaving home, I studied the region of Normandy, France, which lies behind the D-Day beaches. I wanted to retrace the routes of the paratroopers where they dropped behind Utah Beach before disembarking. It was obvious that this bucolic countryside is still only small dirt roads, old farms and tiny villages. I figured if I took a rental car to drive myself, I would probably get hopelessly lost in a cow field.

To avoid an aggravating experience, I booked a tour with a local guide. She drove us in her 1942 Jeep through narrow streets lined with tall hedges, across stone bridges and through towns that are not part of a regular tourist route, with names like Vierville and Sainte-Marie. -du-Mont. We sped off, learning from our guide what happened here during WWII. She lived there and she knew all the twists and turns.

I have learned that sometimes it is better to plan ahead than to think that I will be able to navigate through the countryside and see what I have come to see.

5. Sometimes getting lost can be liberating and fun

Finally, don’t forget that some places are great for getting lost. It’s fun to lose your way! Visiting such cities is liberating because most of the time you don’t have to worry about where you are or where you are going.

Getting off the Venice airport bus, we quickly got lost. We rolled our little bags over countless bridges, trying to find our hotel. The meanders of the picturesque alleys defied all logic to go left or right. Eventually I called the hotel and read the signs around the corner where I was standing at the receptionist. He had no idea where we were. So we continued, turning another corner. And there was the hotel. The receptionist apparently wasn’t great with directions.

Venice’s road signs are another clue to the city’s bewilderment.

I immediately discovered that in Venice, you can’t go too far in the wrong direction (once you’ve found your hotel) because you’re coming to the water. Then you just turn around and walk the other way. You are not lost; you explore.

So we relaxed. We ventured out each day, purposely paying attention to nothing but glistening streams, gondolas plying the canals, narrow lanes that called for exploration, and marketplaces filled with shops. and people.

Venice is more fun when you have no idea where you are right now.

Remember, people are generally happy to help if you’re trying to find your way. The locals are proud of their homeland and want you to have the best experiences there. Asking for directions when you don’t speak the language is always interesting. But a smile is universal. And keep in mind that sometimes getting lost is part of the fun of traveling. Go with the flow and collect memorabilia you can laugh about for years to come.

Children hospitalized with COVID-19 in US reach record numbers