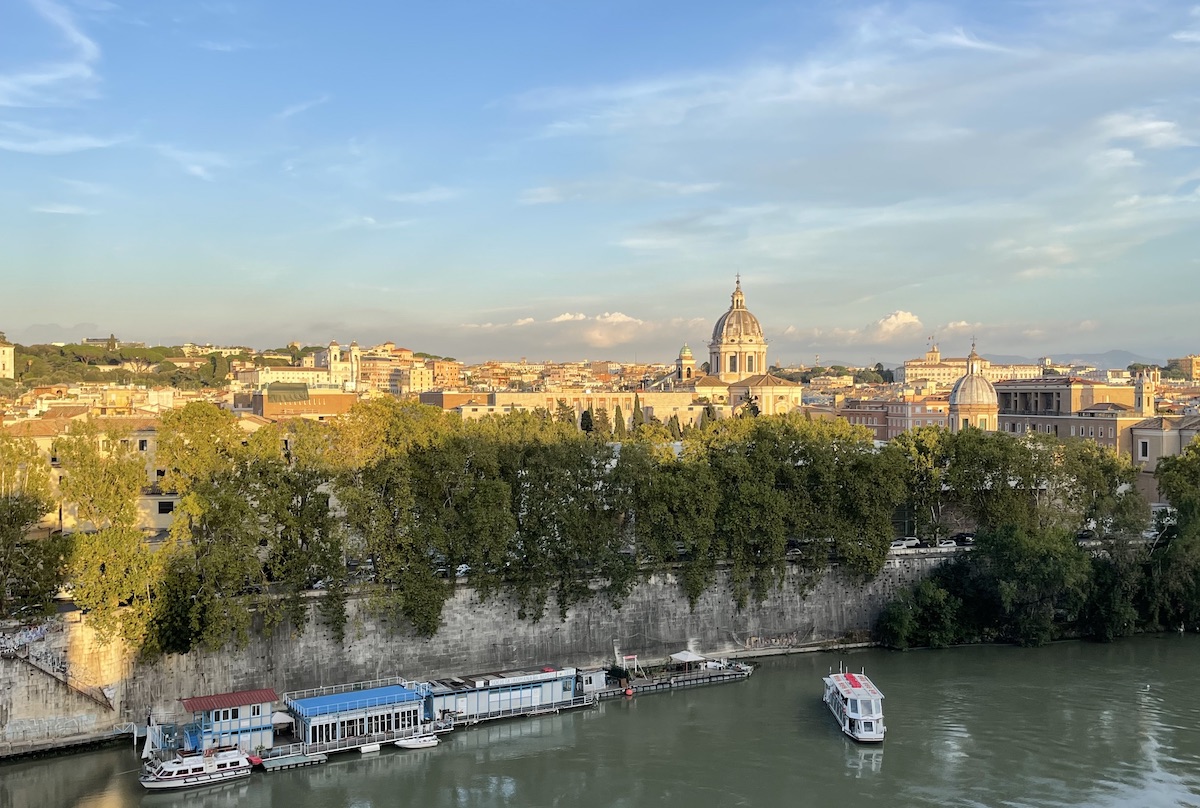 6 luxury hotels worth checking out in Rome

Rome has been a tourist hotspot for centuries and is as popular today as it was during the European Grand Tour which brought artists, writers and wealthy families to Italy from all over the world. With some 10 million international visitors a year, Rome is well prepared to welcome passers-by and is said to have some 1,600 hotels – not counting Airbnbs and the like – in and around the city.

But we all know that not all hotels are created equal. There’s nothing wrong with super cute self-catering apartments, hostels or boutique hotels – indeed, I’m also writing a list of my favorites. But sometimes you just deserve or want something a little more special. And boy, can Rome accommodate you in this department.

Having a long-standing fondness for luxury hotels, I have researched, looked at and chosen some of my favorite luxury stays in Rome, trying to stick to those in the center and near by, while allowing you to walk to most areas of the city. many attractions within minutes.

Sitting at the very top of the Spanish Steps next to the iconic Trinita dei Monti church with its twin bell towers stands the light pink Hassler Roma. In the hands of the sixth generation of Swiss hoteliers, twins Roberto Jr. and Veruschka Wirth, who inherited the hotel from their father Roberto Wirth in 2022, tradition and service are paramount at this hotel.

Being one of the few large private hotels rather than being part of a global chain, originality and personality are also key. Rooms are spacious and individually decorated, with understated elegance at the forefront, but with a special quirky touch, whether it’s artwork or decor.

The highlight of the entire property is the penthouse, with views that simply cannot be bettered anywhere in Rome, all views from a large private terrace, a grand piano room, two bedrooms, a private elevator and a kitchen. And did I mention the views? In all the city ? But, in case the penthouse is booked by a celebrity (Prince Rainier and Grace Kelly, Audrey Hepburn, the Beckhams and many others have stayed here), the rooms for us non-celebrities are also very nice.

Add a Michelin-starred restaurant, Imago, and a superb bistro, which in the summer has outdoor tables in the beautiful Palm Court, and there’s hardly any need to leave the hotel.

Pro Tip: Everywhere in the hotel, under the tables, next to the armchairs, and even on the dessert trays, you will find turtles. They were Roberto Wirth’s favorite animal and are staying at the hotel in his memory.

If you want grandeur, a mouth opening as you walk through the front door, and an extravagant interior, look no further than The St. Regis Rome housed in a palace from 1894. Its convenient location near Rome’s main train station (but not too noisy) connects you to the rest of Italy and to the nearby Fountain of Moses and National Museum of Rome – filled with mosaics, amazing frescoes and statues. statues – are reminders of the splendor of Rome. But when you walk through the doors of the St. Regis, you leave Rome behind.

The brainchild of famed hotelier Cesar Ritz of the Ritz London and Ritz Paris, it was the first luxury hotel in Rome to have electricity and hot water, and even – apparently – Rome’s first elevator and still in operation, one of these magnificent metal cages, all wood and brass inside.

All rooms are lavish, bespoke experiences and signature St. Regis butler services are available, and Lumen Restaurant is not only a feast for the eyes, but the menu itself is a delicious mix of dishes. typical Roman and ancient international dishes. If you are there during the warmer months, be sure to eat in the pretty Palm Court.

Pro Tip: On the ground floor, the St. Regis houses an art gallery exhibiting in-house renowned artists. Even if you’re not staying at the hotel, it’s worth a visit for that alone, and your visit can be perfectly combined with their famous Afternoon Tea.

Located just off Piazza del Popolo square on Via del Babuino, which leads directly to the Spanish Steps, the Russian Hotel is a combination of splendor as well as an oasis in the heart of Rome. From the charming top hat guy’s welcome at the front door to the eclectic mix of old world allure mixed with Art Deco touches, modern art touches and gorgeous rooms, which are large and literally plush, this hotel is simply beautiful.

But forget the beautiful rooms, great service, and location, Hotel de Russie is all about the secret garden. The Jardin de Russie restaurant extends over terraces and courtyards, in front of stairs and under trees. It’s beautifully green and quiet, and although you have to sit inside in winter, the indoor conservatory is almost as pretty, following the old Italian tradition of bringing the outdoors inside through delicate murals.

Pro Tip: The drink of choice when it comes to aperitivo in Rome is the spritz, which comes in many forms. The Hotel Russia’s Stravinsky Bar invented its own, the Stravinsky Spritz, with a blend of saffron, berries and secret ingredients.

The Grand Hotel FloraThe location is to impress. Right next to the 2,000 year old Roman walls, just outside the gate of the vast and tranquil Villa Borghese gardens, and just at the start of the famous Via Veneto and opposite Harry’s Bar (one of them, anyway), you are surrounded by glamor and history. From here you can explore the park, walk down the Spanish Steps in a few minutes and go straight to the center of Rome.

While the exterior is a grand neoclassical palace, inside you have the modern, efficient Marriott approach, with some of the largest rooms in the city. And if you can snag one of the rooms with a view of the ancient city walls and Villa Borghese gardens, or even a balcony overlooking them, then you have one of the best locations in town.

Pro Tip: The roof garden Flora Restaurant is stunning, and from there the views are jaw-dropping – as are the prices – but for a special treat it’s perfect.

When you think of Rome, what’s the first thing that comes to mind? The Colosseum, for most of us. So if you could get a room overlooking the ancient Colosseum, so close you could almost touch it, that would be the Roman dream, right? The Palazzo Manfredi is a former private residence from the 17th century with a lovely oh-so-Rome pink hue and window shutters.

There are spacious bedrooms, all beautifully and individually decorated and with great views of an archaeological dig with the Colosseum behind, or the lovely gardens that stretch to one side. If you can, treat yourself to the Colosseo Suite or the Grand View Junior Suite for views you won’t soon forget. Plan a daily visit to the rooftop terrace, for breakfast and sunset at the very least.

Pro tip: If you’re traveling with someone who loves fast cars, why not rent a Lamborghini as part of your hotel package?

So far, all the hotels I’ve mentioned are on the east bank of the Tiber, where you’ll find the old city center and the Trevi Fountain, the Spanish Steps, tour groups and crowds. Head to the west bank, though – not towards Trastevere, which is even more crowded – but just opposite the Mausoleum of Augustus and a short walk from the Spanish Steps, and you’ll find Hotel First Musica.

It’s not an old palace, but a modern block covered in a shimmering brass exterior in the same burnt orange hue that Rome is famous for. Yes, it’s modern and yes, it’s on the “other” side, but it’s a breath of fresh air, crossing the Tiber, leaving behind the crowds, and with it the noise and the stress. Instead, the First musicwhich is part of the Pavillion Hotels, features music-themed decor and floor-to-ceiling windows in every room, offering views of the river and the rooftops of Rome in its entirety.

Pro tip: Just opposite the First Musica is the early art, the art-themed sister hotel of First Musica, if you prefer art over music. Dotted with stunning modern art and an equally great rooftop terrace, you’ll be hard pressed to choose.

To know more Romeexplore these articles: