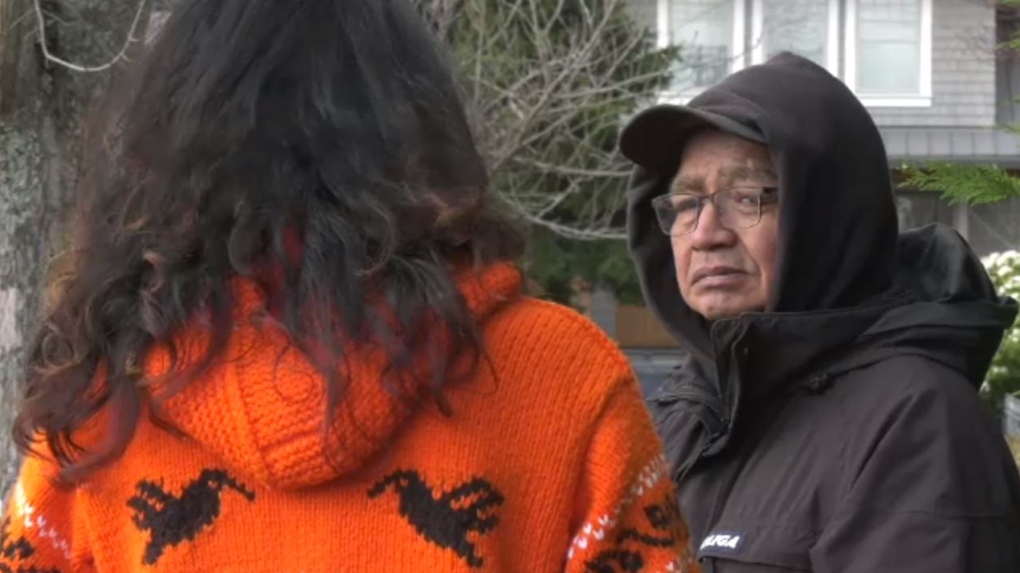 Feeling at home is sacred to Eddy Charlie. It’s a feeling that was ripped from her when her basement apartment was flooded in the historic BC storm.

As a residential school survivor, Charlie says the thought of moving makes his stomach spin, bringing back feelings of displacement and loss of identity.

“When I was a kid I was forcibly kicked out of my home,” said Charlie, one of the organizers of Victoria Orange Shirt Day.

“If I were to leave this neighborhood again, I would feel the same sense of loss that I experienced as a child,” he said.

Repairing his suite in Fairfield could take months.

Charlie is a familiar face in the neighborhood. He has been drumming in his driveway every night since March 2020 to support healthcare workers during the pandemic.

“The drumming that I do has brought the community closer together, not only attracted to me, but they are drawn to each other now,” he said.

“I’m afraid that if I stop drumming here, people will go back to how they were before, ignoring each other,” Charlie said. “I want to be able to give them something permanent.”

Charlie doesn’t want to leave the community he helped create. It has been his home for two years, a place where neighborhood children recognize him and where adults often stop to chat.

Charlie’s friend Kristin Spray and co-organizer of Victoria Orange Shirt Day is hoping someone will have a spot available at Fairfield.

“There’s a lot of triggers and fears just to start over and be in a place where he doesn’t know people and necessarily feels safe,” Spray said.

“I would love to see Eddy in a bright and airy house,” she said.

Charlie is staying in an AirBnB until the end of December.

If you or someone you know has a rental in Fairfield within walking distance of downtown, contact Victoria Orange Shirt Day at [email protected]

Why Uranium Inventories Are Down – 24/7 Wall St.