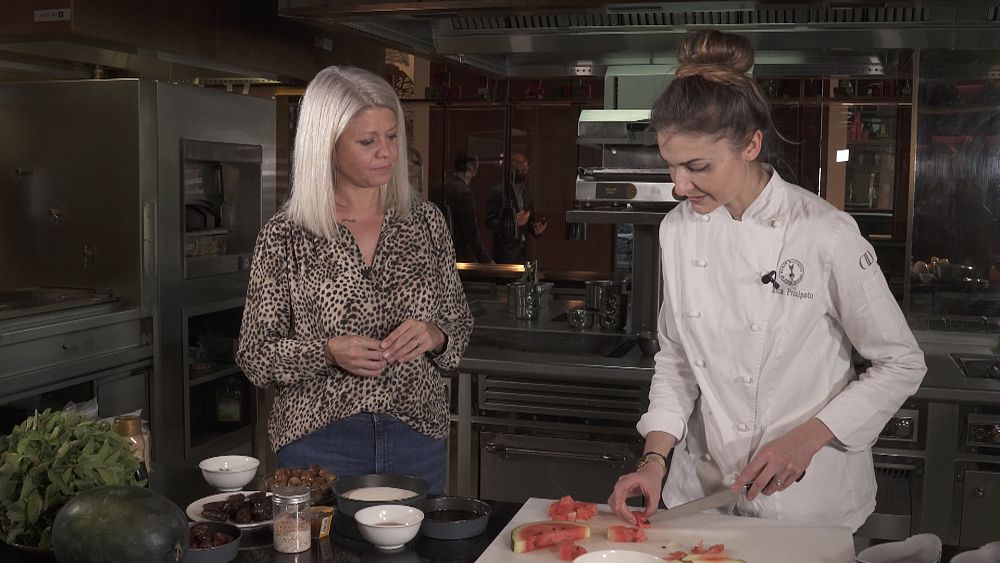 A dessert worthy of the desert

Jessical Préalpato talks about the pressure to be labeled World’s Best Pastry Chef and gender equality in the restaurant industry as she is tasked with creating a special dessert for the France Pavilion at Expo 2020.

French pastry chef, Jessica Préalpato has been tasked with creating a special dessert for Expo 2020 in her role as Ambassador of the France Pavilion. Euronews met her at the Brasserie Boulud at Sofitel Dubai the Obelisk while she was creating her first incarnation of this dish.

Awarded the Best Pastry Chef in the World in 2019, elected by the 50 Best Restaurants in the World, she currently works alongside Alain Ducasse at the Plaza Athénéé in Paris. With honor, she says, comes a certain amount of pressure.

“[It brought] a lot of pressure because people who have tasted it say it’s the best dessert in the world … it’s good or not good. So it’s very important to me and I was very stressed. “

Préalpato grew up in Mont de Marsan in the southwest of France where she was surrounded by fresh local produce, which she always likes to incorporate into her dishes. Using ingredients such as watermelon, semolina, dates, cardamom, mint, tarragon, and laban, she wanted to make sure she was nodding to local Middle Eastern flavors in this special recipe.

A pioneer and role model for many women in the industry, she reflected on how the industry has changed to address gender equality.

“I started in the industry 20 years ago and it was very difficult to be a girl in the kitchen. I started in a Michelin restaurant and we were two girls out of 25 men. So it was very hard to take your place, ”she said. noted.

Daughter of pastry chefs, she was not always destined to follow in their footsteps, having originally chosen to study psychology. She told Euronews that she quickly understood what made her happy and decided to study “Restaurant Dessert Cook” at the hotel school in Biarritz. This launched her on a career path that saw her work in France, Dubai, Tokyo, Beirut and St. Petersburg.

A concept designer of guilt-free desserts, she likes to apply a “natural” approach to her dishes – in this case, using the natural sugars from the fruit as well as a light drizzle of honey.

The city is considering new, stricter rules for short-term rentals