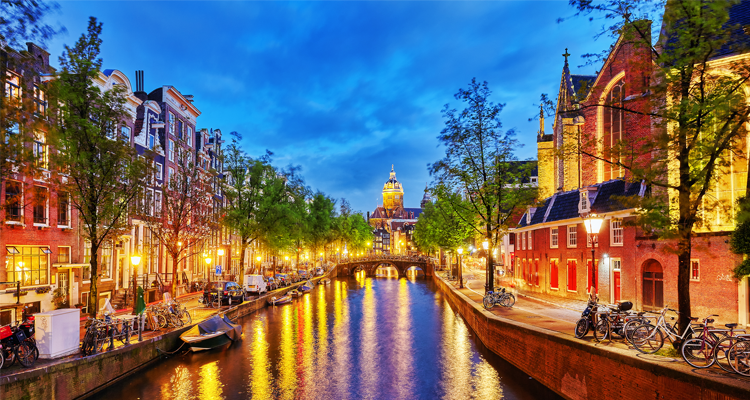 Depending on where (and when) you are traveling these days, always research the current restrictions, as these can change daily. Since my husband and I took the Thalys high-speed train from Paris to Amsterdam, we already had our health certificates. The inspection was carried out by the French police at the Gare du Nord station, and once on board we had to keep our face masks on.

But when we arrived at Amsterdam Central Station, the sun was shining and everyone had taken off their masks outside. The crisp spring air and smiling faces invigorated us and reminded us why Amsterdam holds such a special place in our collective hearts as a favorite destination.

Indeed, for many tourists, the very idea of ​​Amsterdam is one of freedom. For decades people have come to Amsterdam because of its reputation as the capital of tolerance with its coffeeshops (the Dutch euphemism for safe places to smoke weed/hashish), open sexuality (the red light district with its window displays of sex workers trying to lure customers), and – for gay men – the promise of a bustling nightlife of bars and clubs to suit all personal preferences.

But in recent years Amsterdam, like many cities, has suffered from its own success. Before COVID-19 and the “lost year” of 2020, this city of just 800,000 people (within its boundaries) welcomed nearly 20 million tourists a year. Like Venice, Barcelona and even Prague, the city of Amsterdam has begun to rethink its approach by welcoming so many tourists who flock in every year via cheap plane tickets from budget airlines and apartments booked through Airbnb.

In February this year, the town’s mayor spoke out in favor of banning tourists from using marijuana and other soft drugs that are currently legal in hopes it could reduce the influx foreign visitors who come to Amsterdam to party and wreak havoc. in the streets (and canals). A 2019 visitor survey in the red light district showed that more than half of them came expressly to smoke in the coffeeshops and a third of them said that they probably would not have come to Amsterdam if there had been a ban on their consumption.

At present, smoking in coffeeshops is still an option for tourists, but it’s on the radar as a way to combat the flooding the city has suffered in recent years from too many visitors.

where are the gays

As far as gay nightlife goes, the heart of the gay district is traditionally a street between the Singel river canal and the Herengracht canal called “Reguliersdwarsstraat”. If that sounds like a mouthful, it is (and welcome to Holland). The origin of the name dates back to the Middle Ages and refers to the monastery outside the city walls which used “regular” vespers in their daily discipline. Today, the street is synonymous with “the gay street” and is home to several gay-owned bars, restaurants and businesses.

Many locals fondly remember the heyday of the street, when it was filled with gay men at all hours of the day and night. It seemed that Reguliersdwarsstraat was the epicenter of gay Europe, if not the entire gay world. Many bars and clubs of this era, from the 1980s to the 2000s, were owned by a single entrepreneur, a troubled man named Sjoerd Kooistra. He built a bar empire that dominated the high street and eventually all of Holland, through a shady arrangement with holding companies and partnerships with major breweries. By the early 2000s some of his bars were financially bankrupt, but he continued to operate them increasingly using credit from beer distributors until finally, in 2010, his gay house of cards s collapses and commits suicide. As a result, most of the Reguliersdwarsstraat became vacant and it took years for it to bounce back.

Today, this charming street just off the famous Flower Market is once again welcoming gay tourists, and on the nearby Kerkstraat other clubs and bars have also opened as Amsterdam experiences a gay renaissance.

We stayed at the trendy but affordable Hoxton hotel on Herengracht in the center of the historic core of the city. Just a five-minute walk from the quaint ‘9 Straatjes’ (literally, ‘nine streets’) shopping district of unique boutiques and eclectic cafes, we explored the canal rings during our four-day stay. A great first stop for any gay tourist should be the “Gay Kiosk” next to the imposing Westerkerk Church on the Prinzengracht canal. There you can ask the friendly volunteer what he recommends when it comes to bars and places to visit based on your own interests.

Next to the Westerkerk is the Anne Frank house and museum and the monument to homosexuals, which commemorates those who were persecuted for their homosexuality, a sobering reminder that although we live in freedom, millions more do not. don’t.

For a true Dutch experience, you have to cycle through this incredible city like thousands of people do every day. The town is ideal for cycling, as it is flat and has been configured in recent years to have cycle lanes only on all major streets. Tourists can rent bicycles from many vendors throughout the city, but if cycling isn’t your thing, you can always buy a day pass for the city’s trams that crisscross the center. Tickets can be purchased directly inside any tram (enter the middle section) for €8 per day. Don’t forget to validate the card when purchasing and each time you enter and exit the tram.

If you just want to wander around and explore on your own, be prepared to wear good walking shoes. Our first day, we walked over 18,000 steps (nearly seven miles) downhill to Amsterdam’s version of Central Park, Vondelpark, and back to the Museum Quarter, home to the Van Gogh and Rijksmuseum ( unfortunately closed for the moment). ), then on to De Wallen, followed by a winding walk to our hotel. There we enjoyed an amazing dinner at Cafe George (Leidsegracht 84). Few things are more romantic than a delicious meal by the canal in late spring, and it was one of our favorite moments of the trip.

Whether your idea of ​​a great vacation is cultural immersion in museums, beautiful architecture, great shopping, delicious food, friendly and sexy locals, or just relaxing and having fun in a gay mecca, Amsterdam has it all.