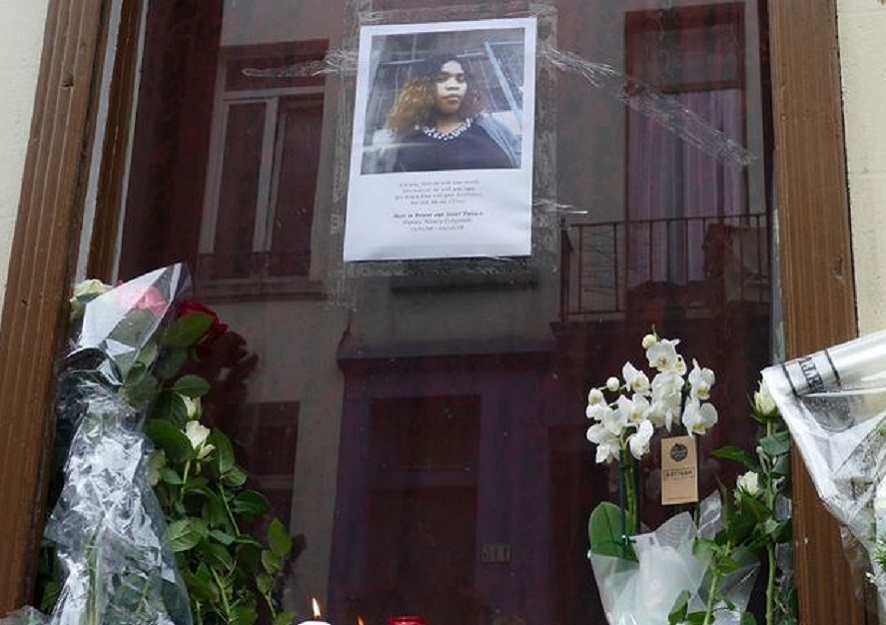 A Nigerian was killed in Brussels while working as a prostitute. From now on, a street will bear his name

Eunice Osayande arrived in the Belgian capital Brussels in 2016 after being promised a job and a better future in Europe. His journey from Nigeria to Brussels was difficult. Along with other girls, Osayande not only had to cross to Italy on a rubber dinghy, but she was also allegedly raped several times during the trip.

The gang of men she was traveling with told her they were agents who would make her a movie star. But they were in fact human traffickers. Upon arrival in Brussels, Osayande was immediately forced into prostitution. She was told that she owed the smuggling gang $ 52,000 for her transportation, rent and pimps.

In June 2018, around two years after arriving in Brussels, she was stabbed 17 times by a disgruntled customer in the Gare du Nord district. She was 23 years old. The client accused of stabbing her was a 17-year-old man. He was recovered two weeks later. In January of this year, four people involved in the smuggling of Osayande were sentenced between 33 months and four years in prison.

According to the BBC, Osayande contacted a charity for sex workers a few weeks before her death to complain that she was often abused while working. She was afraid to report to the police because she did not have proper papers. The community of migrant sex workers in Brussels, which faces similar challenges including robberies and beatings, staged protests a year after Osayande’s death to demand better working conditions.

In Belgium, prostitution is not illegal. However, there are no unified national rules, the BBC reported. “Eunice’s death was extremely painful, especially for undocumented migrants in the area where she worked,” Maxime Maes, director of the UTSOPI sex workers union in Brussels, which organized the march, told the BBC.

“The region has seen an increase in violence and the most marginalized women are being targeted,” Maes added.

To draw attention to the plight of these sex workers and other women victims of human trafficking, sexual violence and feminicide, the City of Brussels has announced that it will give the name of Osayande to a new street. The street will bear its eponymous name and will link the Quai de Willebroeck and the Quai des Péniches, near the Gare du Nord, behind which Osayande was assassinated, according to The Brussels Times.

“Inclusive feminism is about the rights and struggles of women at all social levels. 42% of women aged 16 to 69 have suffered physical sexual violence at least once, ”said Ans Persoons, alderman for town planning responsible for toponymy, quoted by The Brussels Times.

“Among sex workers, the percentage is much higher. The struggle to bring down those hallucinatory high numbers deserves more attention and urgency. And that is precisely why Eunice Osayande is now being given a street, ”she added.

The street will be the first to bear the name of a sex worker in the country. The decision is also part of a larger campaign to recognize more women in Belgium.

“Until now, we have always chosen outstanding women – but often forgotten – with exceptional talent or remarkable achievements. But for me, feminism isn’t just about women who excel, ”Persoons said. Rue d’Osayande will be officially inaugurated in a few months.

In the northern district of Brussels, sub-Saharan sex work increased in the early 2000s, according to a ethnographic study on sex work in the region by the University of Ghent (UGent). The majority of Nigerian women in the neighborhood come from Edo and many have arrived in Europe via networks.