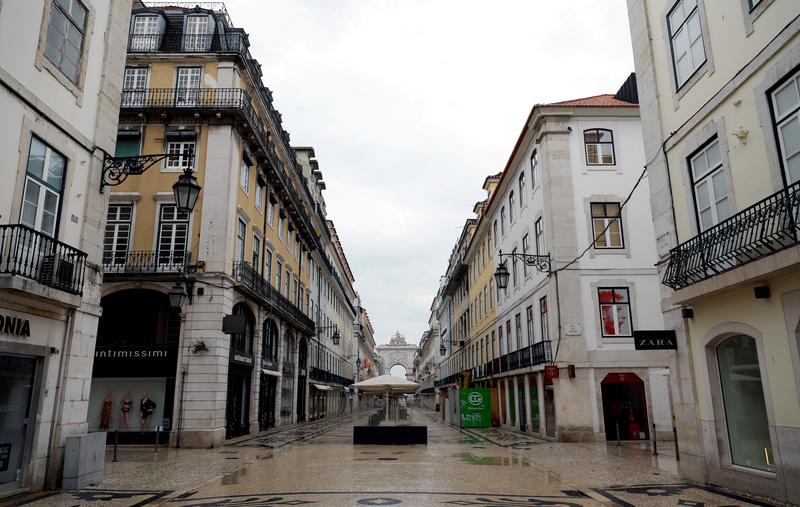 A pandemic tames Airbnb in Europe’s tourist hotspots – for now

LISBON (Reuters) – The COVID-19 pandemic has achieved what many mayors across Europe have tried and failed to do: eliminate tens of thousands of Airbnbs from city centers and thus help reduce the costs of rental for locals, in some places up to 15%.

While European cities have long welcomed tourists, critics say the increase in the number of properties listed on vacation rental site Airbnb in recent years has excluded many residents from their own real estate market, transforming historic neighborhoods. into soulless spaces.

Property management companies and landlords contacted by Reuters in cities like Lisbon, Barcelona, ​​Prague and Venice said the collapse in tourism during the pandemic meant some hosts had now replaced holidaymakers with medium and long-term tenants. , moved in on their own or abandoned properties altogether.

Data from vacation rental analytics firm AirDNA showed the number of Airbnb listings with at least one night booked or available over the past month in Europe’s 50 largest cities plunged by 21.9 % year-on-year in 2020.

Airbnb says it has adapted to changing travel habits, with people heading to smaller towns rather than tourist hot spots. “We had more registrations in France, Germany, Portugal, Spain and the Czech Republic combined at the end of 2020 than at the end of 2019,” spokesman Andreu Castellano told Reuters.

While some hosts in major European cities plan to return to Airbnb when tourists return, others have abandoned the vacation rental business for good.

“If tourism had returned faster, I might not have made this decision. But I can’t go another year without knowing clearly when the money is coming in, ”said Vanessa Rola, 40, who rented four apartments in Lisbon’s Graça district on travel platforms including Airbnb. Without tourists, she would not be able to pay her own rent and is in the process of terminating her contracts.

In Venice, where AirDNA data showed year-over-year bookings for Airbnb and rival Vrbo combined were down 67% in January, residents’ activists urge government to seize the opportunity help residents, for example by capping rental days and converting vacancies into social housing.

“Before the pandemic, renting in Venice had become almost impossible for normal people,” Marco Gasparinetti of residents’ rights group Gruppo 25 Aprile told Reuters, accusing short-term rentals of driving up prices. The city of just 60,000 inhabitants is normally visited by 20 million tourists per year.

“There are 30,000 people who come to Venice every day but cannot afford to live here. Now that could change and help ensure that Venice is not just an outdoor theme park for tourists. “

Last month, Airbnb reported better-than-expected bookings in its first publication of its results since its IPO, supported by country getaways and a rebound in demand in North America. Activity was weakest in Europe, the Middle East and Africa amid COVID-19 lockdowns and travel restrictions.

For years, European mayors have struggled to curb the proliferation of vacation properties in city centers for lack of data to impose limits on rental days or the number of properties in a building used for vacation rentals.

Airbnb, Expedia, Tripadvisor and Booking.com agreed last March to share data with the European Union’s statistics agency on the number of nights and guests booked, and 2020 figures are expected in the second half of the year. this year, Eurostat said.

Last September 22 mayors wrote to Margrethe Vestager, the EU’s head of antitrust, urging her to extend data sharing to municipal administrations, so that they can “ensure the quality of life in our neighborhoods” .

“As tourism returns, we need to make it sustainable – creating a model that is not prohibitive for vacation rentals but has limits that ensure it’s a city you can visit, but also where you can go. can live and work, ”Ricardo Valente, a city councilor from Porto – one of the signatory cities – told Reuters.

But COVID-19 closures and restrictions on cross-border travel are doing the job for some city officials – at least for now.

In Lisbon, which has seen huge growth in Airbnbs in the historic center, around 5,000 of the city’s roughly 25,000 listings disappeared from the website during the pandemic, according to the Inside Airbnb site.

Rental prices fell 15% between March and December 2020, according to real estate database Confidencial Imobiliario, largely attributed to the sudden availability of thousands of older vacation rentals.

In Prague, Airbnb listings fell from just over 14,500 to less than 8,000, according to Inside Airbnb. Rents have fallen by around 8%, property developer Trigema said.

“I was losing $ 20,000 a month and the regulations made it very complicated,” said Ondrej, a Prague owner who sold his two Airbnb apartments and gave up the three he was renting to sublet.

“The Airbnb boom is over.”

Airbnb, however, says it has been resilient in the face of changing demand. “Customers are leaving city centers and booking entire homes,” Castellano said. “The Airbnb platform inherently adapts to where demand is … we adapt to customer needs.

Not everyone in city centers gives up. Data from Portugal shows that while thousands of properties have fallen on Airbnb, only 114 have given up their vacation rental licenses – a coveted asset in the city’s historic neighborhoods, where the local council has banned the issuance of new licenses. in 2019.

Programs to lure Airbnb owners into the social housing market through tax incentives and the promise of a five-year contract have so far seen slow uptake: only 34 properties in Lisbon and 12 in Lisbon. Porto, city councils said.

Instead, some landlords use local rental websites or their own direct booking channels to find longer-term tenants.

Airbnb last month released three videos titled “Made Possible By Hosts,” widely seen as an attempt to bring back those who had left the platform.

But for some, the wait is unaffordable. AirDNA data showed forward bookings in Rome, Lisbon and Budapest were 85 to 90 percent below last year’s levels at the end of March. In contrast, bookings on vacation rental platforms in the United States were only 2% lower than last year, their data showed.

Eduardo Miranda, head of the Portuguese Vacation Rental Association, expects around 15% of Airbnbs to stay permanently out of the market in Lisbon, even when tourism returns.

“It will be another year of sacrifice,” said Miranda. “The best of this summer will be lost. And if summer is lost, the year is lost. Those who stay with the company will be the ones who really care. “