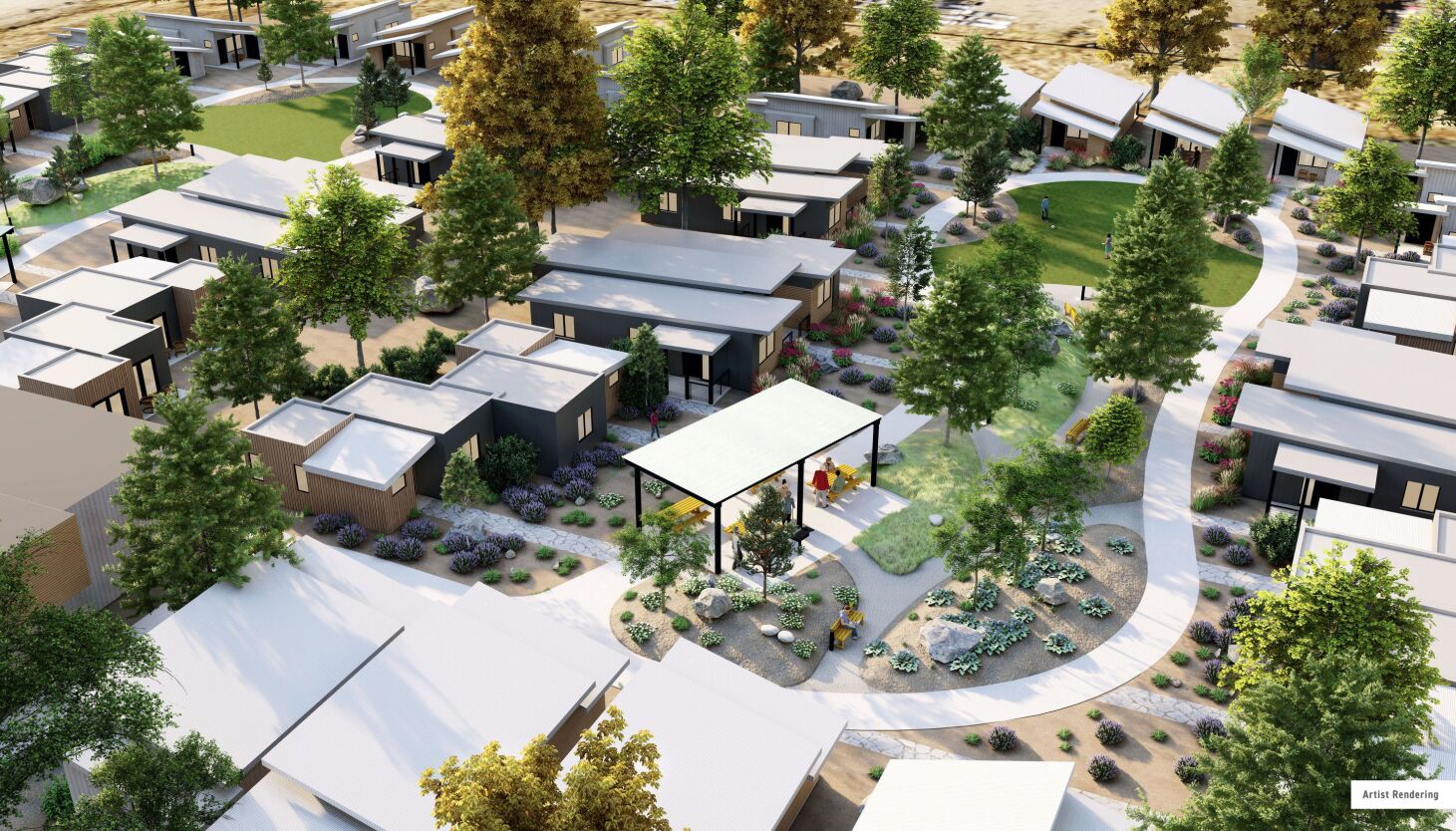 A small hometown gets approval from Salt Lake City. And after?

A small family village intended to house the chronically homeless, inspired by a renowned community in Austin, Texas, arrives in the capital of Utah.

Salt Lake City Council vote Tuesday to approve the project — a vote that came more than a year after Salt Lake City Mayor Erin Mendenhall proposed the village — after months of effort by carrier officials to village non-profit, The Other Side Academy, and after weeks of public participation.

This is a major milestone for the proposed Other Side Village, paving the way for the project to come to fruition.

Where will the village be located? It was approved for west side municipal property located at 1850 W. Indiana Ave.

The first pilot phase of the project will begin on an 8-acre parcel. If the pilot project is successful, it could eventually expand to 40 acres with around 430 homes.

What will it look like? The first phase includes around 54 small houses for the homeless, plus six houses for staff and another 25 for overnight AirBnB-style rentals that members of the public could pay to stay in, intended to generate income for the village.

It is estimated that the rentals, known as Community Inn, could help cover around 10% of operating costs, according to document of the city.

In addition to small houses and rentals, the plans also include community buildings like a clinic, a publicly accessible bodega and a social enterprise building, intended to provide employment opportunities for village residents. It includes a second-hand shop and a pastry shop.

The project is inspired by Community First! Village in Texas, which the Deseret News visited in 2020 after Mendenhall first expressed support for trying something similar in Utah. The village had to survive its fair share of controversy—since it was located on the outskirts of Austin—before becoming a reality. It has since grown into a nationally recognized community, visited by people across the country seeking solutions to homelessness.

Alcohol-free, drug-free: The village on the other side is also envisioned to be a sober community that offers on-site social services like addiction and mental health treatment as well as “coaches” to help people become independent.

If a resident violates sobriety, Other Side Village officials say they won’t automatically evict, “but they will be helped in every way to regain their sobriety.” This could include drug and alcohol testing and outpatient support, or a requirement that they participate in residential treatment. They could also be invited to return to the “Welcome Quarter”, an area of ​​the village reserved for new tenants. If they refuse a plan to return to sobriety, they will be expelled, according to city documents.

Who will stay in the village? The village will focus on housing those considered chronically homeless, or those who have experienced homelessness for at least a year or repeatedly over several years and who struggle with addiction, mental illness severe and/or physical disability.

Tenants will have to pay rent to stay in low-income housing. Emphasizing ‘self-reliance,’ Other Side Village officials say their ‘coaches’ will help tenants establish a source of income to pay rent, whether it’s a job , Social Security disability insurance, or a rental voucher.

What they say : “The little houses are coming!” Mendenhall tweeted Tuesday evening, after the council vote. “The Other Side Village, our city’s first small community of houses, will provide a new housing option for homeless residents and create a supportive community for those who need it most.”

Joseph Grenny, Founder and Chairman of The Other Side Village, called the vote “an expression of confidence and hope from our community leaders and our community.”

“We will be true to the trust,” he said. “In the months and years to come, we promise our new neighbors that the neighborhood will be livelier, more prosperous and even more beautiful because you have allowed us to come.”

How will this work? The Salt Lake City Council greenlighted the project with a 6-1 vote to approve rezoning of the Village and a separate unanimous vote to approve a deal with The Other Side Academy to lease the Village property for $1 per year for 40 years.

As part of the agreement, The Other Side Village is tied to a set of performance metrics that it must meet before the city can allow construction of future phases. Measures include data on crime, property values ​​and success in keeping its chronically homeless residents housed.

If the village is not operated as promised, the city could terminate the lease.

How much will it cost? The first phase of the village alone has a steep price tag estimated at nearly $13.8 million as of April 2022. This represents a cost of approximately $162,000 per unit, not including land costs, according to analysis of city ​​public benefits. However, Other Side officials believe that most of these costs will be covered by in-kind contributions and donations. Additionally, the project received $4 million of the $55 million the Utah Homelessness Council distributed to affordable housing projects.

Yes, but – apprehensions from the west side

The council vote didn’t go without heartburn from members representing the West Side of Salt Lake City – a more racially and ethnically diverse area that has long been seen as an area that lacks opportunities, resources and privileges relative to downtown and the east side of the city.

Councilwoman Victoria Petro-Eschler and Councilman Alejandro Puy both expressed West Side frustrations that their communities are once again being asked to carry a burden rather than a jewel.

Puy said the “trauma” of his community must be acknowledged, “the feeling that… not much good is happening on the west side.”

“But we can’t just acknowledge it. We must do everything in our power to not only mitigate the consequences, but also bring good things to the west,” he said.

Petro-Eschler said communities on the West Side “carry every possible scar of developmental trauma that a community can endure.”

“We have been tested. We have been moved. We have not been heard. And then we were chastised for not wanting to return to the table,” she said, adding that feelings of “disillusionment and insignificance” fueled a cycle of voter disengagement and neglect on the part of voters. people in power.

However, Petro-Eschler said his faith in The Other Side Academy was the only “bright spot for me in an otherwise torturous decision.” She said that while she trusts the nonprofit, she also has “high expectations.”

“We want the rest of Salt Lake City and beyond to believe in us and actively recognize the best in us. We don’t want to be a headline or charity item or be seen as worthy of projects that are too risky for other areas,” she said, noting that a city-owned plot at the mouth of ‘Emigration Canyon was envisioned when the project was first conceptualized.

Petro-Eschler told The Other Side Village he’ll be welcome in the neighborhood “if he shovels the sidewalks and spruces up, like you used to do.” But more than that, you are invited to be part of the team to do the hard work of de-stigmatizing our home.

She said she believed the village “will not prevent our coming west side uprising which we so heartily deserve”. She said she was convinced that Other Side Academy was the right partner “to do something beautiful here”.

But she also promised that the village would be leveraged for more west side investment.

In the end, Puy and Petro-Eschler voted in favor of the rezoning and the lease. The only dissenting vote on the rezoning came from Councilman Darin Mano, who expressed doubts that the rezoning was not limited to the initial 8-acre phase.