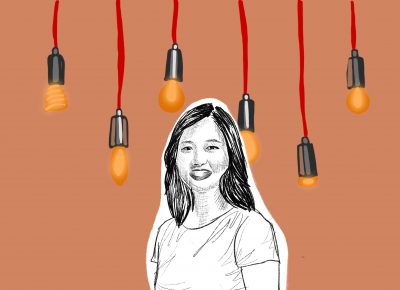 A vote for Michelle Wu – The Daily Free Press

Disclaimer: City Editor-in-Chief Isabella Abraham and City editorial staff have played no role in the content, writing or editing of this editorial in order to maintain the objectivity of the editorial staff. reports from the mayor.

Big ideas – for all their praise in the Ted Talks – are not very popular in American politics. Often times, when you see a candidate campaigning for an important political office with plans to significantly restructure existing systems or departments, the media and the public predictably reject these proposed changes simply because their outcome is not. immediately visible and therefore seems intangible.

But these big ideas are what make change truly achievable, and for that reason, the Daily Free Press Editorial Board is proud to support Michelle Wu as Mayor of Boston.

Our support rests on three main points: its vision for a better Boston, its stance on police reform, and its strong commitment to climate change reform.

It is reasonable to demand action plans and measures from our politicians. Big promises of change without clear methods to achieve it make no sense. But to discredit Wu just for his big ideas is irrational.

The post of mayor of Boston has generally been held by one person for decades. Only Mayor Thomas Menino has served for over 20 years. If Wu won, she would have the time and space to implement her big ideas.

Plus, Wu’s background as a city councilor speaks for itself. She has successfully led the campaign to pass laws regulating short-term rental companies like Airbnb, which some blame for rising rents and gentrification. She pioneered paid parental leave laws during her first term and lobbied for laws limiting law enforcement access to facial recognition technology across town.

That’s not to say that Wu’s every effort has been successful. Additionally, other city councilors have noted that Essabi George appears to have a greater presence at community meetings regarding the opioid epidemic in the Massachusetts Avenue and Melnea Cass Boulevard area.

But Wu’s comprehensive plan for Boston may be exactly what we need right now. The summer 2020 protests against police brutality and racial inequality, along with the pandemic, have shown us with vivid and horrifying clarity just how broken many welfare systems are in this country.

Now that we are on relatively more stable ground, there is a real opportunity to address the systemic and structural roots of endemic inequalities. Stability shouldn’t mean silence on these issues, and we need a ruling lawyer we can count on to get them across even when they aren’t dominating the news.

These problems cannot be solved with small, quick fixes that maintain the status quo. Their solutions require seeing the big picture.

For example, take how some of Wu’s proposed action plans converge to address the issue of homelessness. Wu believes in redirecting some police funds toward creating a crisis team of social workers and mental health clinicians to respond to non-violent 911 calls involving homelessness, mental health and substance abuse. She believes in implementing rent controls to protect Boston residents from displacement due to rent increases and changing Boston city zoning codes to prevent racial discrimination in the housing market. .

Together, these plans all address the heart of poverty and homelessness, without resorting to criminalization or quick fixes.

Michelle Wu’s stance on police reform unlike Annissa Essaibi George is another point in her favor. Of the six original Boston mayoral candidates, Essaibi George emerged as one of the only candidates not to support the cut in police funding. One of Essabi George’s plans is to hire more police of color to diversify the force, despite research showing that a more diverse police force does not address the problem of widespread and systematic police brutality against civilians.

Essaibi George expressed the need for a greater police presence in the region to apprehend drug traffickers. This proposed solution claims that the problem of homelessness and drug addiction can be solved through arrests, which research shows only exacerbates the problem.

Our third point of support for Wu is his seriousness when it comes to tackling climate change. Essaibi George said climate change was not a top priority for her, portraying it in an interview with Boston.com as an issue run by “rich white commuters,” despite evidence showing that the brunt of climate change affects low-income communities of color.

Wu stressed the importance of this issue in his action plan.

Among the use of zoning laws and taxation to protect the environment as part of his Green New Deal, Wu also discusses more immediate measures to tackle climate change. His plan to make the MBTA free is a solution to making greener public transport accessible to everyone, regardless of their income.

None of the above reasons claim Wu is perfect. Her plan for police reform could be broadened to include a movement toward abolition, and she should be more vocal and showcase how she plans to deal with the opioid crisis on Mass and Cass.

But no candidate is perfect. We, as a newspaper, support Michelle Wu because we believe in her vision and we trust her to be able to achieve it.

If there ever was a time for big ideas, it’s now.