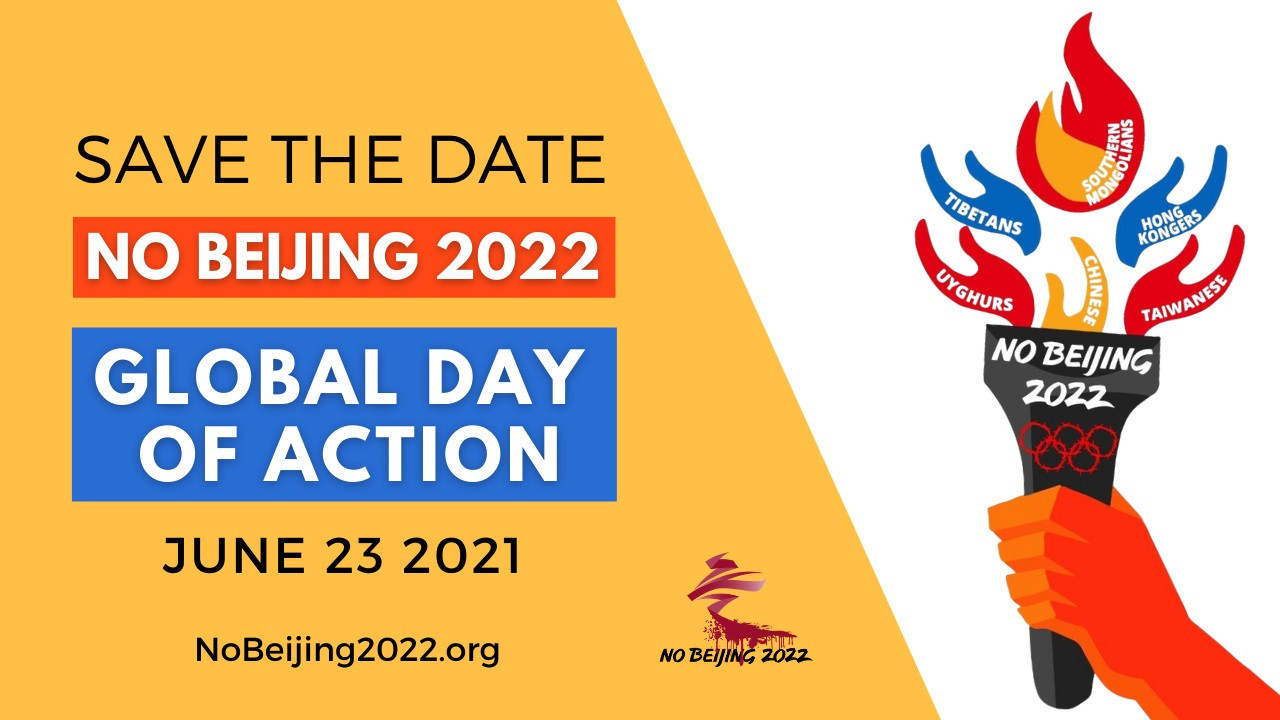 Demonstrations are expected to take place in some 50 cities around the world, calling for a massive boycott of the 2022 Olympic and Paralympic Winter Games in Beijing “for one of the worst human rights crises of our time.”

The first “Global Day of Action Against Beijing 2022” is scheduled for June 23 on Olympic Day by more than 150 rights groups.

Canberra in Australia is expected to host the first protest before more protests take place in at least 50 cities in around 25 countries.

“Thousands of frontline community representatives and allies will come together around the world to deliver the common message that China must not be allowed to use Beijing 2022 to wash away the genocide against the Uyghur people, the harsh crackdown and growing, “said a statement from the Tibet International Network read.

“The protests will target governments, national Olympic committees and associations, and Olympic sponsors, urging them to take a stand against one of the worst human rights crises of our time by boycotting the 2022 Beijing Winter Games.”

Tensions between the United States and China are strained, with U.S. authorities joining the European Union, Canada and the United Kingdom in imposing sanctions on China earlier this year in response to alleged rights violations of man in Xinjiang.

Earlier this week, the US Senate passed a bill confirming a diplomatic boycott of the Beijing 2022 Olympic and Paralympic Winter Games.

The legislation would prevent U.S. Secretary of State Antony Blinken from providing federal funds to support or facilitate any U.S. government employee’s participation in the Games.

In April, more than 200 global campaign groups signed an open letter urging candy bar brand Snickers to “immediately cancel” its sponsorship of the Beijing 2022 Winter Olympics due to the human rights situation in China.

Mandie McKeown, executive director of the International Tibet Network, signed the letter on behalf of the coalition of campaign groups and requested a meeting with representatives of Mars Wrigley.

A similar campaign was launched against its partner Airbnb in January.