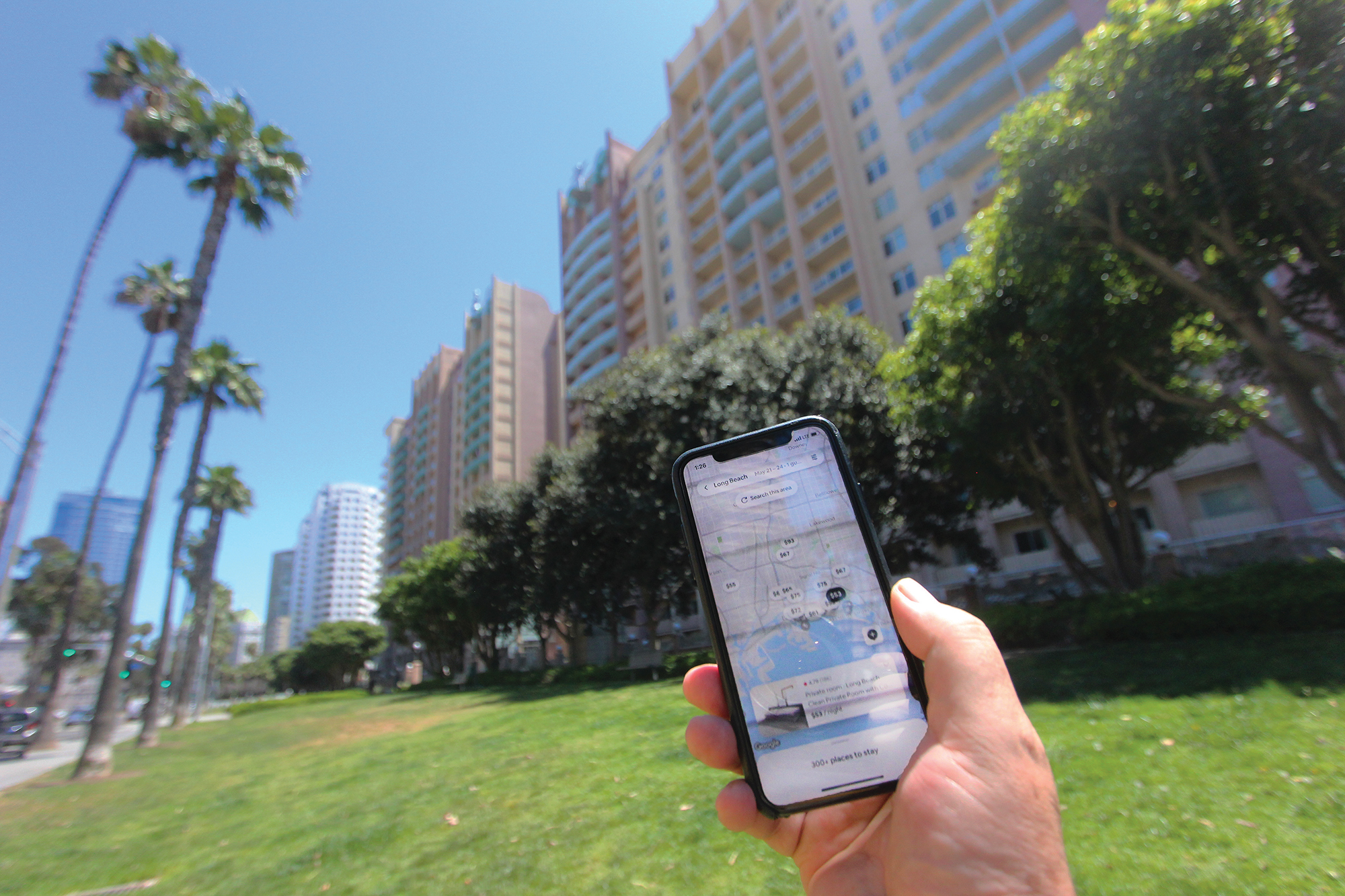 The deadline to submit an application has passed, but hundreds of unregistered short-term rental units continue to operate in Long Beach. Now the city has partnered with Airbnb to enforce compliance.

Over the past few months, Airbnb has been working with city authorities to share information with hosts on new rules, regulations and deadlines under the city’s short-term rental ordinance. Despite this effort, many hosts remain non-compliant.

There are about 900 short-term rentals in Long Beach, according to city data. Scott Baldwin, administrative analyst at Long Beach Code Enforcement, said a third-party provider tracks short-term rental accommodation platforms such as Airbnb and Vrbo and provides data to the city.

Since the city’s registration application process began in October, Baldwin said the city had received 260 applications by April 22, the deadline for submitting before application begins. Of these requests, 190 were approved and 11 were denied. The most common reason an application was denied is that the unit in question is not legally licensed by the Office of Building and Security, Baldwin said.

Originally adopted in June last year and extended in December, the city ordinance requires all short-term rentals to be registered with the city. Using Airbnb’s City Portal tool, managers can better understand user profiles and ensure that ads comply with the local ordinance, according to the ad.

“Airbnb is committed to being a good partner for the [city], this includes doing our part to promote and support compliance with the recently adopted short-term rental rules, ”John Choi, Airbnb’s public policy manager, said in a statement. “The City Portal tool will help the city of Long Beach apply [its] short-term rules and helps protect short-term rentals as an economic lifeline for residents and the local economy as the city ushers in the safe return of travel.

About a third of short-term rental housing in Long Beach is in the coastal area, Baldwin said, which means the ordinance will not apply to them until the California Coastal Commission approves it. arrangement. That leaves more than a third of the hosts who have not registered or submitted an application to the city.

Now that the April 22 deadline has passed, the city can start enforcing the ordinance, but it’s no easy task, Baldwin said, noting that the city does not have the manpower to track every listing in the city and verify compliance.

“I just don’t have time to go through all of these lists and do all of this detective work,” Baldwin said.

For unregistered rentals discovered on other sites, Baldwin said hosts will have 30 days to register. Failure to do so will result in a fine of $ 1,000. Registered Hosts who violate the ordinance, including exceeding maximum occupancy limits and failing to provide guests with a local contact person, among other things, are subject to the same fine.

Airbnb’s City Portal was launched last year by the accommodation platform using many pilot cities and tourism organization partners. Tools include a dashboard with information on local and global Airbnb data on short-term rental markets and holiday tax revenues paid, resources such as hotlines and a law enforcement portal. and direct access to Airbnb staff for one-on-one assistance.

The announcement comes weeks after allegations by regional union UNITE HERE! Local 11 that there is an “almost total lack of compliance” with the city ordinance. Citing an analysis from the community group Better Neighbors, the union says 93% of short-term rentals in Long Beach are not allowed.

The groups did not mention the coastal zone exemption nor developed the analysis methodology.

“We cannot reasonably expect compliance to happen on its own,” said Norberto Lopez, project manager for Long Beach Residents Empowered, in a statement. “We are in the midst of a housing and health crisis, we cannot afford to set aside vital housing stock in favor of illegal short-term rentals. The City must devote additional resources to increasing law enforcement.

Better Neighbors and the union say 1,767 Long Beach rentals are listed on Airbnb as of March 25 alone, a figure that far exceeds city data.

Airbnb declined to comment on the discrepancy or provide listing data for Long Beach.