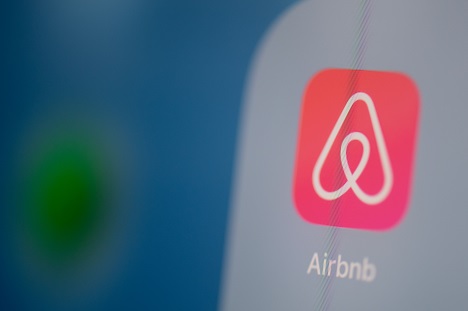 Long reprimanded for little regulation, Airbnb, a popular short-term rental platform, was hailed this week in Lithuania after the capital Vilnius and Airbnb signed an agreement, providing that from 1 February Airbnb will automatically collect the Vilnius City Tourist Tax due per night per person and remit the amount directly to Vilnius City on behalf of the guests. It is believed that the measure will strengthen the control of Airbnb rental providers.

Tax to be taken when booking

Authorities in Vilnius say the agreement, among other things, will reduce the administrative workload for tourism organizations and guests. Taxes will be collected from tourists during the booking process. So, Airbnb becomes the first booking platform to automatically collect tourist taxes for guests staying not only in Lithuania, but throughout the Baltic States.

Lithuania is believed to host around 3,000 Airbnb housing, most of which is registered in Vilnius. Meanwhile, those who rent their properties through the Booking.com platform will still have to collect tourist tax, because there are no plans to change this system.

Reflecting on the deal, Inga Romanovskienė, director of tourism for the city of Vilnius and Go Vilnius, praised it, saying it marks a “significant improvement” in the administration of the tourist tax for guests and tourists and will discover Vilnius more and more tourists as “an amazing place”.

However, aware of the gaps in the regulation of Airbnb rentals in the country, the National Tax Inspectorate (VMI) declared this week Airbnb the sector will be in its “direct focus” as part of the campaign to tackle the underground economy, for which short-term rentals are so noticeable in the country.

Speaking at a conference last Tuesday, VMI Deputy Director Artūras Klerauskas said that this year VMI plans to step up its scrutiny of people listing properties on Airbnb and Booking.com, as well as people engaged in virtual currency trading, and those who offer electronic and telecommunications services on various international platforms, such as Amazon and Ebay. More than 160 million euros in various taxes, including some 100 million euros in VAT, were withdrawn from the underground economy in 2019, he said.

The praise of the leader of the LVRA

Evalda Šiškauskienė, president of the Lithuanian Association of Hotels and Restaurants (LVRA), who criticized the Airbnb on several occasions in the past, also greeted this week’s news as a possible “game changer” in Lithuania Airbnb sector.

“What Vilnius did was really unthinkable just a few years ago. This type of agreement will certainly help us effectively tackle the problem of undeclared tourists using Airbnb services in Vilnius. So far the Airbnb tourists would escape all statistics. Collection of the Vilnius tourist tax directly through each Airbnb The reservation is a big relief for Vilnius, ”Šiškauskienė told BNN.

Vilnius introduced the city tax of 1 euro per tourist in July 2018 and last year collected 1.878 million euros in revenue from such a tax, including 98,000 euros from private tenants.

Airbnb in the face of criticism

Speaking to a Lithuanian outlet a few years ago, iškauskienė complained that bed and breakfast services and short-term accommodation rental to tourists in Lithuania are under-regulated, which distorts the national tourism statistics and does not guarantee appropriate safety and health standards.

“Many of these establishments operate in a semi-legal environment… For example, they do not pay fees to the Lithuanian Association for the Protection of Copyright or the Lithuanian Association for Neighboring Rights to which hotels are subject. Many also escape the pillow tax or pay no tax at all. In addition, short term rentals are not required to meet fire safety and hygiene requirements… At present, anyone can take out a company certificate to provide bed and breakfast services. , for any property. The tax inspectorate does not even require proof of ownership. This type of regulation has undoubtedly contributed to the spread of semi-legal accommodation establishments, ”said the LVRA official as quoted by Lithuanian media in 2017.

But now Šiškauskienė hopes that the situation will improve thanks to the agreement between Vilnius and Airbnb. “Such an agreement is a prerequisite for further improvements in the areas you mentioned in my interview a few years ago. The arrangement between the city of Vilnius and Airbnb will effectively legalize the entire sector, ”she stressed. “I hope that the Lithuanian Tax Inspectorate will also do its homework on its behalf, obliging all Airbnb Rental owners write the number of their licenses issued by VMI under the listings. This would track each owner of a short term rental and put Airbnb and Booking.com rentals and hotels in equal competition, ”she said.

Counter-argument, Irena Švanienė, head of the Association of Private Accommodation Service Providers in the Baltic resort of Palanga in Lithuania, told BNN that hotels and AirbnbShort rentals cannot be tied “under any circumstances”. “Private owners in Palanga operate three months (annually), while the majority of local hotels operate daily. It is therefore unfair to apply the same rules. The two sectors are like apples and oranges, ”she said.

Some other major European cities are nowhere near as welcoming to Airbnb like Vilnius. Barcelona, ​​for example, where 9.6% of all dwellings in its old town were listed on Airbnb, recently stopped issuing new tourist accommodation licenses, without which short-term rentals are illegal. The city council says the platform sparks speculation and illicit savings, and its activities often cause nuisance and complaints from neighbors nearby. Airbnb rentals.

Interestingly, many other mega-cities have also taken steps to curb Airbnb rentals. A quick internet search reveals that Amsterdam has limited the rental of entire homes to 60 days a year, which has already taken its toll on the business. In Berlin, owners need a permit to rent 50% or more of their primary residence for a short period. In London, short-term rentals for entire houses are limited to 90 days a year. The mayor of Palma in Spain has announced a ban on short-term apartment rentals. Meanwhile, in Paris, short-term rentals are limited to 120 days per year. Airbnb is available in 62 languages ​​in 191 countries and regions. The company has more than 7 million registered homes.

10 commendable places to visit in Lithuania

“Pro Kapital” buys a historical building in the center of Vilnius