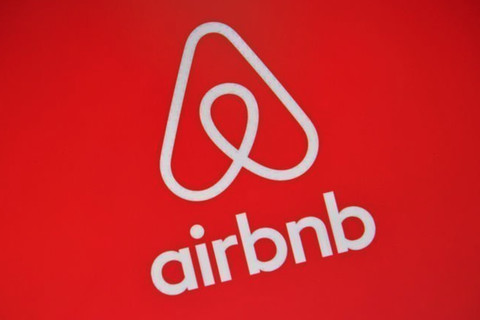 A few weeks ago, Madrid residents began to notice a sudden increase in the number of new apartments for long-term rent on the websites of real estate agencies.

Something else was weird, too: Many of these new ads were for apartments in the city center and other tourist areas, and included surprisingly high-quality images that showed towels folded tightly in rolls on the bed. and fully set kitchen tables – not what you usually find when looking for a new apartment.

Instead, the new offers looked surprisingly similar to the ones you usually find on Airbnb and other short-term rental and tourism platforms.

So much so that they were in fact apartments until then only offered at daily rates on Airbnb.

With tourism and travel disrupted by the Covid-19 outbreak, owners and property managers appeared to be moving their apartments from crippled tourist rental platforms to the long-term market.

It wasn’t just in Madrid.

The same was takes place in Barcelona. And in Dublin. And in Edinburgh. And in London. And probably in more European cities, while the same trend has been reported in other parts of the world.

Housing rights activists and defenders for years have denounced the Airbnb impact and other short-term rental platforms have on the housing markets of many European cities.

They argue that taking apartments off the long-term market and renting them out to tourists and visitors reduces supply and thus increases the price of long-term rentals and worsens the phenomenon of gentrification.

According to this view, short-term rental platforms help transform housing into a financial asset to be exploited for profit, rather than a social good providing housing for people.

The total number of listings on Airbnb is over 7 million now, but the company does not release detailed data that would track the increase in that number over time.

However, according to research published last december the number of “active ads” on Airbnb increased by 20% between October 2018 and September 2019, from 3 million to 3.6 million (active ads refer to those that received at least one review during these month).

During this period, the number of apartments listed as active on Airbnb in Greece increased by 25% and by more than 20% in Portugal and Spain.

Airbnb’s official line is that it is part of the the so-called sharing economy, and that it helps people make extra money, or even make ends meet, by allowing them to rent an extra room every now and then.

However, in Dublin and Barcelona around 49% of the listings on Airbnb are for entire apartments, while in London (56%), Edinburgh (62%) and Madrid (67.1%) it is more than the half, according to the most recent Inside Airbnb figures. , which compiles and analyzes data from the rental platform.

And academic research has shown a causal relationship between the spread of apartments listed on Airbnb and the eviction of long-term residents from their neighborhoods in cities like Lisbon and Barcelona.

Housing activists and advocates see the indications that owners and managers are currently moving Airbnb property to the long-term market as further evidence that short-term and tourist rental platforms are helping to transform housing into a financial asset to be exploited. exploited for profit, and they assume these apartments will return to the tourist market as soon as they become profitable once the coronavirus crisis is over.

For its part, Airbnb has launched a global program to help its guests “hosts more than 100,000 healthcare workers and Covid-19 first responders”, and reportedly consider postponing its decision to become a publicly traded company from this year to 2021.

In recent years, European municipalities have tried to regulate the operation of Airbnb and other short-term rental platforms in their cities, but last December the European Court of Justice made this more difficult by ruling that ‘Airbnb acts as an “information society service”. “, and it cannot be regulated like real estate agencies or other housing services are.

Housing has become one of the main lines of defense against the current Covid-19 epidemic, as we are all told to stay at home. As governments now take all types of extraordinary measures to tackle the pandemic, and businesses and individuals attempt to address the economic and public health emergency to the best of their ability, it remains to be seen how. authorities, businesses, landlords and residents will consider housing in the post-coronavirus world we are heading into.

Cristiano rented a large villa for 4,000 euros a week at the height of the pandemic