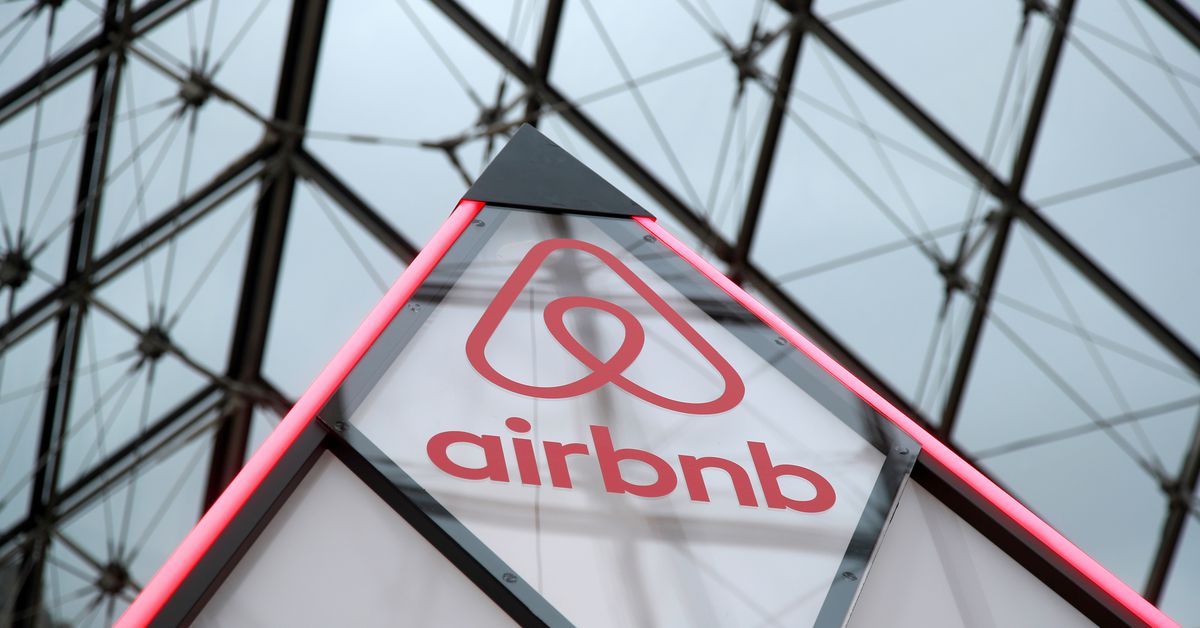 The Airbnb logo is seen on a small mini pyramid under the glass pyramid of the Louvre Museum in Paris, France, March 12, 2019. REUTERS / Charles Platiau / File Photo

“For customers aged 60 and over in the United States, who were among the first groups to benefit from the vaccine rollout, searches on our platform for summer travel increased by more than 60% between February and March 2021, “Airbnb said.

The San Francisco-based company expects second-quarter revenue to be similar to 2019 levels, adding that the return of city and cross-border travel is expected to support growth in the coming quarters.

Airbnb is also expected to benefit from demand for longer stays and the shift to group travel by business travelers, chief executive Brian Chesky said on a conference call after the results.

The company has weathered the pandemic better than its rivals as people turned to its offering of larger spaces and locations away from big cities in an age of social distancing.

It saw an increase in bookings in Britain after the government made plans in February to emerge from the lockdown, while the easing of travel restrictions in France earlier this month also lifted demand.

Airbnb, however, said it was too early to predict whether the recovery momentum would continue at the same pace in the second half of 2021.

The adjusted loss before interest, taxes, depreciation and amortization fell to $ 59 million from $ 334 million a year earlier, largely due to cost reductions.

Report by Sanjana Shivdas in Bengaluru; Editing by Aditya Soni

Blackpool boy, 9, killed after being struck by lightning named and pictured as tributes pour in