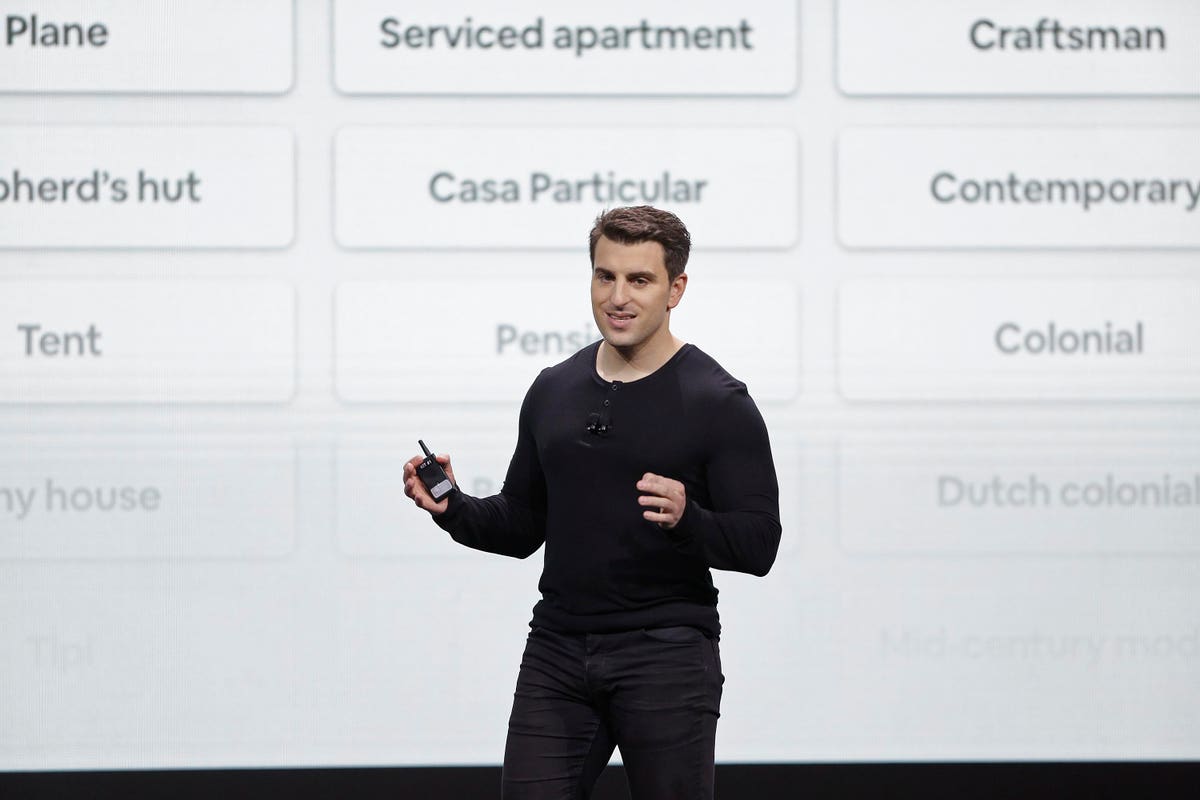 CEO and co-founder Brian Chesky announced this week that he will “live Airbnb.” From Atlanta, he’ll be living at Airbnbs in the US Or, as my cousin said, “He’s not just the president, he’s a resident.”

Chesky joins fellow vagabond billionaire and hotel owner Nicholas Berggruen, who, according to the the wall street journal was “without a house, without a car or even a wristwatch”. Instead, the bachelor billionaire “hopscotched the world living in hotels, and on a recent sunny Saturday afternoon, home was the Hotel Cipriani, perched on the edge of Venice.”

The concept of the CEO mingling with Airbnb, Prince and Pauper-like hosts, is also not a new idea. Highlights from a popular reality TV show infiltration patterns. And 35 years ago, the late Sy Syms trumpeted the humble boaster that he wasn’t just the president of the Hair Club for Men, he was a customer.

According to Airbnb, “Brian living on Airbnb will help us improve the design of the experience for people who can now live anywhere.” Whether Brian is “undercover” or a known and supported guest has not been clarified.

When Chesky moves from Airbnb to Airbnb, will he document the highlights of each experience in song and story? Will it bring to light the glorious eccentricities of the other guests, such as those of previous generations of hoteliers? Or will Airbnb try to show a commercial face, the overwhelming normalcy of the COVID-fueled “revolution”?

Chesky (@bchesky) kicked off his hero’s journey with a 12-tweet Twitter feed on January 18. “As of today, I live on Airbnb. I will be staying in a different city or town every two weeks

2. This week, I’m in Atlanta. I’ll be back to San Francisco often, but for now my home will be an Airbnb somewhere

3. Why am I doing this? I think the pandemic has created the biggest change in travel since the advent of commercial flight

4. For the first time, millions of people can now live anywhere

5. Remote work has freed many people (obviously not everyone, but a large proportion) from having to be in an office every day.

8. In 2022, I think the biggest travel trend will be people spreading out to thousands of towns and cities, staying for weeks, months, or even entire seasons at a time.

9. More people will start living abroad, others will travel throughout the summer, and some will even give up their leases and become digital nomads

10. Cities and countries will compete to attract these remote workers, and this will lead to a redistribution of where people travel and live

11. This trend is a bit like a decentralization of life, and it changes the identity of travel

12. This is why I live on Airbnb. It will be fun, but more importantly, it will help us improve the experience for people who can now live anywhere.

Katherine Doggrell, author of Checking Out: What the Rise of the Sharing Economy Means for the Future of the Hospitality Industry, says: “It’s unclear whether Brian Chesky will travel as Brian Chesky or undercover, but his comments about digital nomads imply that he’s doing it less as a consumer test and more to prove that it’s possible to living life as a bit more upscale couch surfer.

She added: “Part of Airbnb’s strategy is to at least appear to be ahead of the trends – just a few weeks ago Chesky claimed that guests want to pay using cryptocurrency – and nomads are this season’s Millennials.”

In the release highlighting Chesky’s travels, Airbnb noted that in the 12 months to September, more than 100,000 guests booked stays of 90 days or longer.

But historically, people who choose to live in hotels tend to pride themselves on their eccentricities, rather than seeing themselves as “unattached” office workers.

Actor Richard Harris has spent the last seven years of his tumultuous lie at London’s Savoy Hotel. The “MacArthur Park” singer is best known today as Roman Emperor Marcus Aurelius in Gladiator (2000) and as Dumbledore in the first two Harry Potter films.

The rambunctious Harris liked to be ablated ringing a bell and asking someone to put away his clothes or make him a sandwich at 4 a.m. He was willing to pay £6,000 (about $9,000 in 2002 dollars) a week for this. As he told a British newspaper, “If you’re paying the mortgage on a house, you can’t ask the bank manager to get you a pint.” As he was carried out of the hotel on a stretcher before he died, he joked, “It was the food.”

While Airbnb describes these extended stays as a “travel revolution”, this is not the case, according to Doggrell author verification. “Extremely wealthy people have always moved between houses, like the street vendor moves between motels and people on temporary assignment use serviced apartments. And living in hotels has been done by the well-heeled since the industry has existed. We look forward to stories of Chesky commandeering the piano at 3 a.m. for one last cocktail and show tunes before bed.

Abroad dubbing: the life of a woman in Colombia full of adventures and good weather