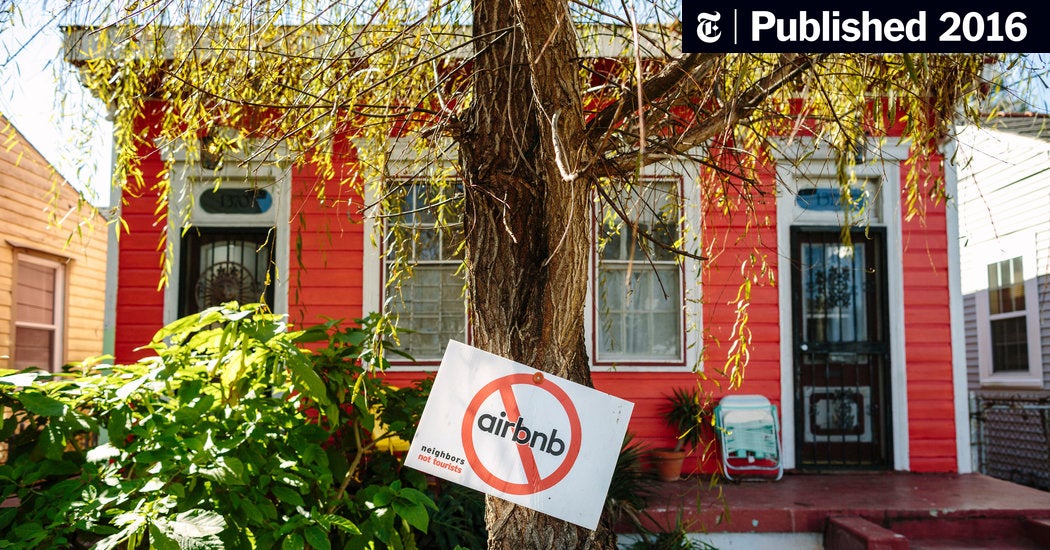 The answer to this could be apparent in the 118-page draft study released on January 19 by the town planning commission. The document carefully breaks down the varieties of short-term rentals and suggests solutions such as neighborhood density restrictions (the French Quarter) or other factors (restriction of year-round rentals not occupied by the owner, such as the one that Mr. Galvin operates, in residential areas). It will take months to sort out the details. The latest twist is a review of a state bill requiring short-term rental services to charge the same taxes as hotels and motels. But if third-party short-term rental data is roughly accurate and something like the planning commission’s preliminary recommendations became binding laws, listings and bookings for these sharing platforms would likely decline.

Despite the polarization around the issue, many, including lawyers for the Alliance for Neighborhood Prosperity, have endorsed a simple idea: require short-term rentals to get some sort of official license or permit number (for a fee) and enter it in a field on the web. Enter your license number, or you are not allowed to list. Planning activist Mr Goodman agreed that the platform’s databases were ‘the bottleneck of the system’ and changing them to work only with a municipal license would be tantamount to a true partnership with cities. “It requires that the city maintain a good database and that these SEO companies honor that database,” he said.

For home sharing services, however, this appears to be a non-starter. According to Rivers, Airbnb and VRBO have told its staff that it would be too expensive to scale their software to fit every regulatory arrangement for thousands of municipalities around the world. Airbnb and VRBO spokespersons confirm that rewriting their platforms in this way is impractical.

The town planning commission seems to have accepted this argument and its study recommends instead that the license information, with the address of an advertised property, be included in the “story” section of a listing. For critics, that means people without a license could still rent, and it would still be up to the city to find those who don’t play by the rules. In the few cities that have adopted similar policies, compliance has been estimated to be less than 15%.

Mr Berni, the deputy mayor, while stressing that the report of the planning commission is only a starting point, says that this recommended strategy has potential. Compliant users paying for licenses could generate revenue to begin funding law enforcement. Tackling a “bad operator” is a complaints-driven process, he says, and a list without a license number could give the city cleaner legal leverage.

Maybe it will work. Even Mr. Goodman expresses his optimism. He notes that Airbnb in particular appears to be moving towards the acceptance that it’s not just a no-liability catalyst – adding more robust insurance options and, increasingly, tax collection. So maybe all local conflicts will lead to a productive resolution after all. “I just want New Orleans to win on this,” Goodman said.

The jewel of north central Indiana