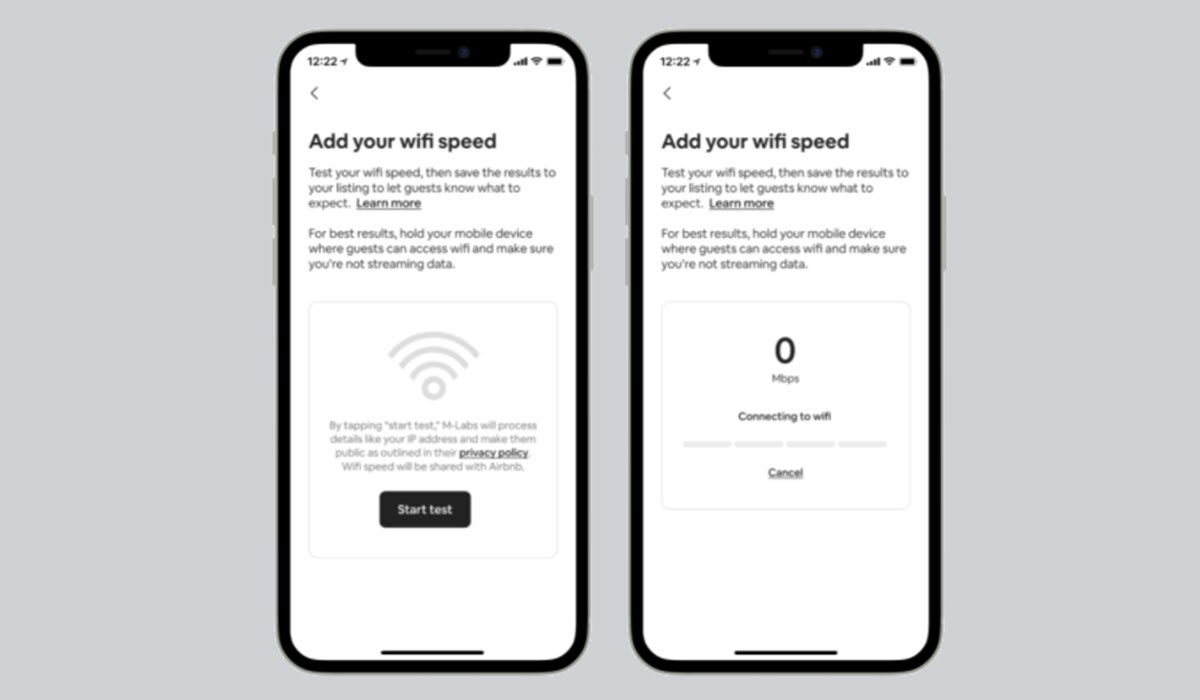 WE: Airbnb introduced a new tool on its mobile app that will allow hosts to test and list their home’s wifi speed on lists, a nod to the burgeoning phenomenon of work from anywhere.

With many travelers renting on Airbnb not only for short getaways but also for remote work purposes, a fast and reliable internet connection has never been more important in the minds of travelers looking for a change of scenery.

While hosts may already have included wifi connectivity speeds in their listings, this was heretofore unverified information that could simply be shared via screenshots from host speed tests. Instead, the new tool is integrated directly into the Airbnb app, using open source software provided by M-Lab, which will store test results in a database accessible to the public, at the same time. ‘Exclusion of personal information such as host account credentials and wifi login information.

Hosts can now find the feature in the “Add your wifi speed” menu under the Amenities section of an ad. Once the wifi speed is selected, the result can be saved in the same menu and the app will include it in the list.

The wifi speed test tool has already started rolling out on the Airbnb app on supported platforms in the US, and it should be available worldwide in the coming weeks.