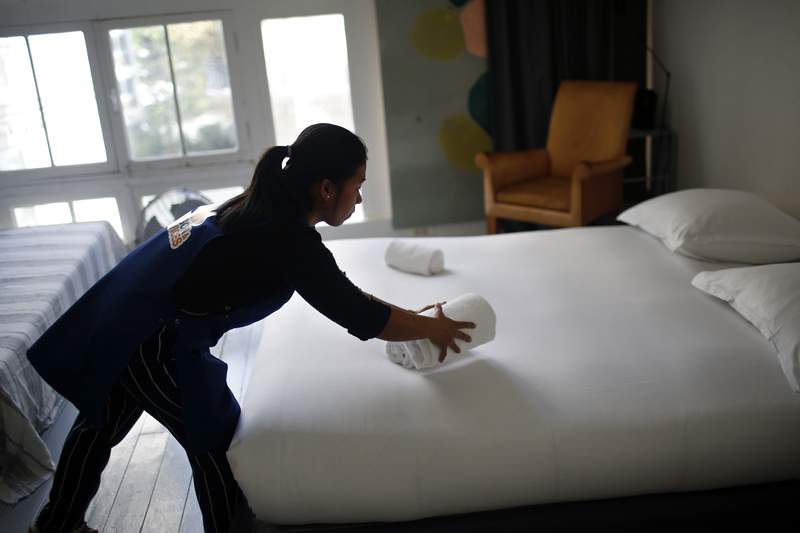 Airbnb said Thursday it will require hosts to adhere to improved cleaning procedures as part of its efforts to reassure guests and local authorities during the coronavirus pandemic.

The house-sharing company said hosts have until Nov. 20 to commit to following cleaning protocols, which include scrubbing floors and other surfaces with soap and water; wash clothes at high temperature; disinfect high-contact items such as doorknobs; and ventilate the rooms. Hosts that do not comply can be suspended or removed from Airbnb.

Hosts in China are exempt because they have their own local cleaning program, the company said.

Airbnb no longer requires hosts to leave their rentals vacant for at least 24 hours between travelers, as it did in April. But he suggests a 24-hour wait period and tells hosts to consult their local governments for requirements.

San Francisco-based Airbnb said nearly 1.5 million listings had adhered to the improved cleaning standards since their introduction in June. But that’s only a fraction of the company’s 7 million listings.

The company also said Thursday that guests and hosts should wear masks and social distancing when interacting with each other.

Airbnb is on a mission to clean up its image ahead of its initial public offering of shares, which is expected later this year. Late last year, Airbnb announced a plan to verify all of its properties to improve customer confidence and safety.

The company also removed party houses from its platform after a shooting last year at an unauthorized Halloween party in California. Last week, Airbnb announced that it prohibit overnight rentals during Halloween weekend in Canada and the United States. Rental occupancy is also capped at 16 people.

This spring, it began blocking guests under 25 from booking entire homes near their place of residence if they don’t have a history of positive Airbnb reviews. The company said Thursday that the policy had barred 770,000 bookings in the United States and Canada.

Copyright 2020 The Associated Press. All rights reserved. This material may not be published, broadcast, rewritten or redistributed without permission.