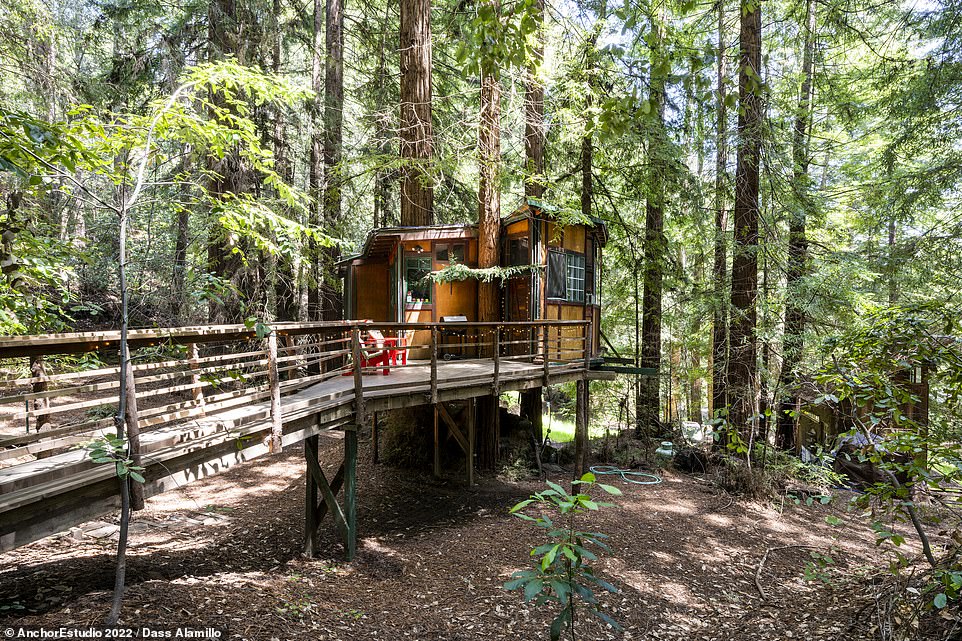 Airbnb Reveals Its Most Wanted Unique Homes Ever, From California to Crete to Ireland

These unique rentals have captured the imagination of travelers around the world.

These are Airbnb’s eight most searched “unique homes” worldwide.

The list includes a “magical” treehouse in California’s Santa Cruz Mountains, a luxurious cave apartment in Crete and a grand 15th-century castle in the west of Ireland.

Airbnb reveals that in 2021 total revenue for ‘one-time stays’ was higher than for regular listings, with one-off listings bringing in nearly $1bn (£820m) on the platform in the world.

Scroll down to see the eight most popular quirky properties on the platform – which one would you book? 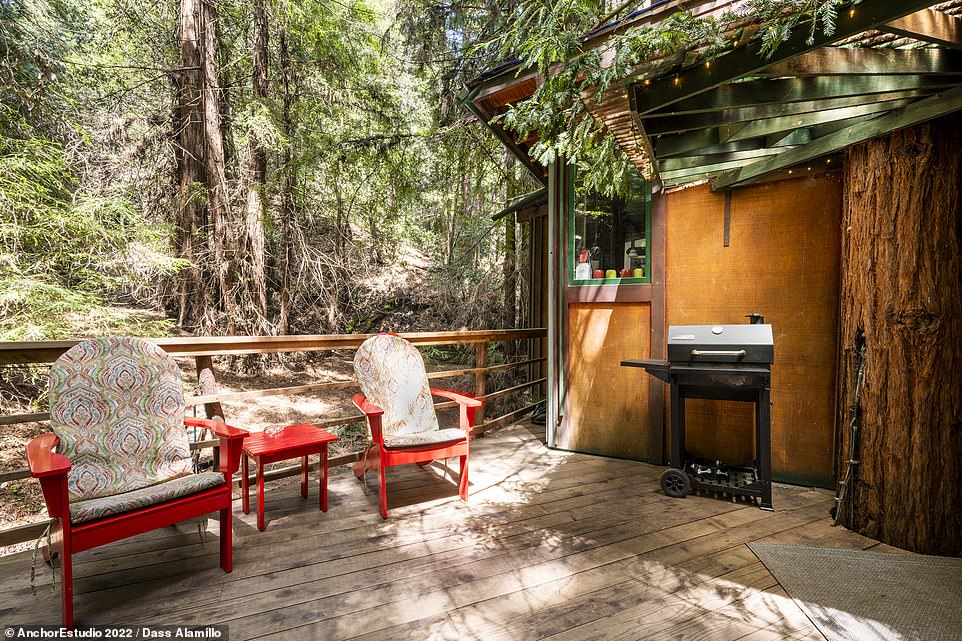 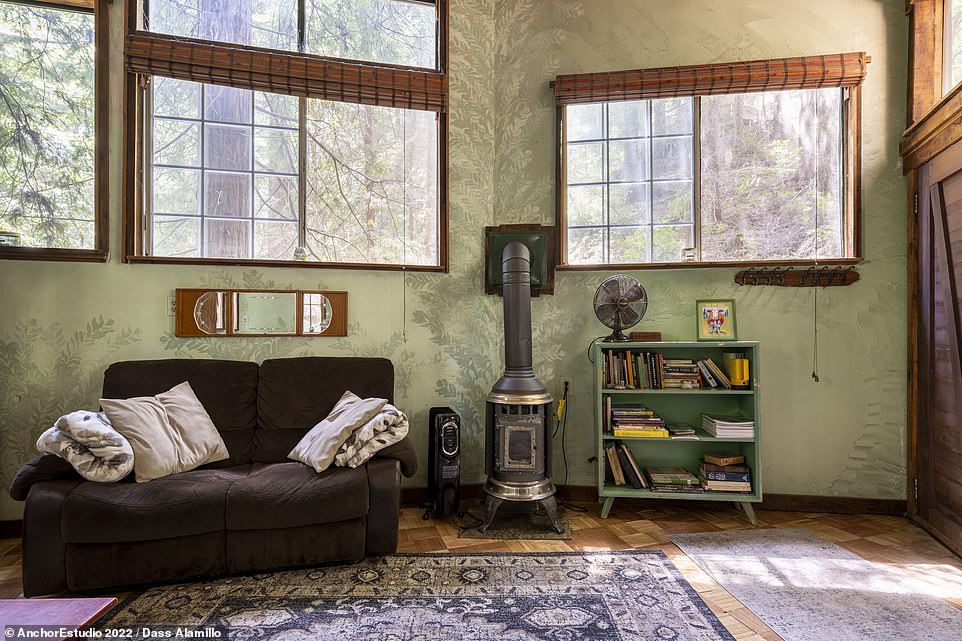 You’ll be truly immersed in nature at this “magical” treehouse in California’s Santa Cruz Mountains – there’s a tree growing “in the main living area and another in the bathroom.” Take in views of the area’s redwoods from the hot tub or venture further afield to explore the shoreline of nearby Monterey Bay. The treehouse sleeps two people and costs £233 per night 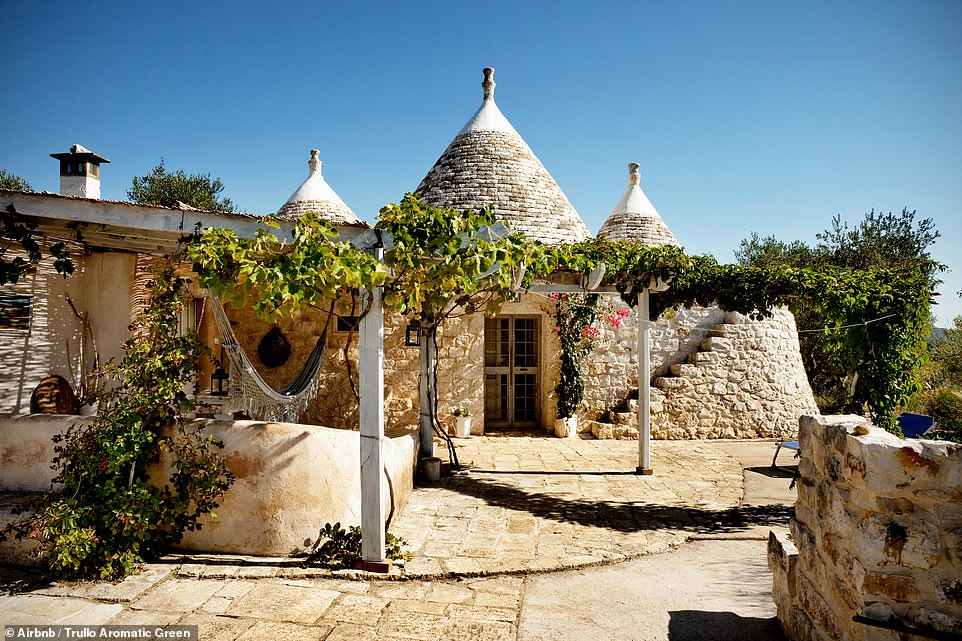 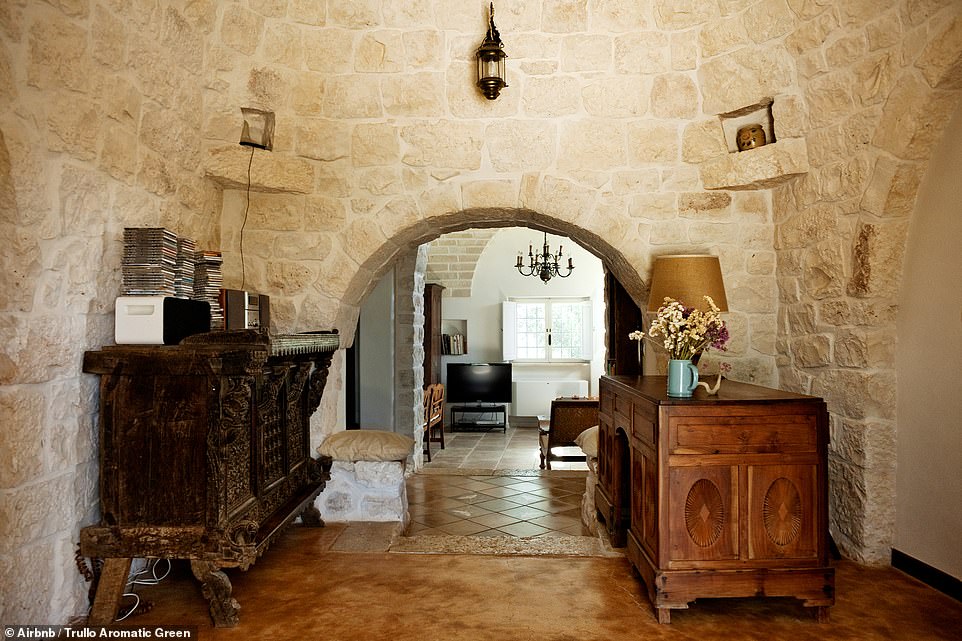 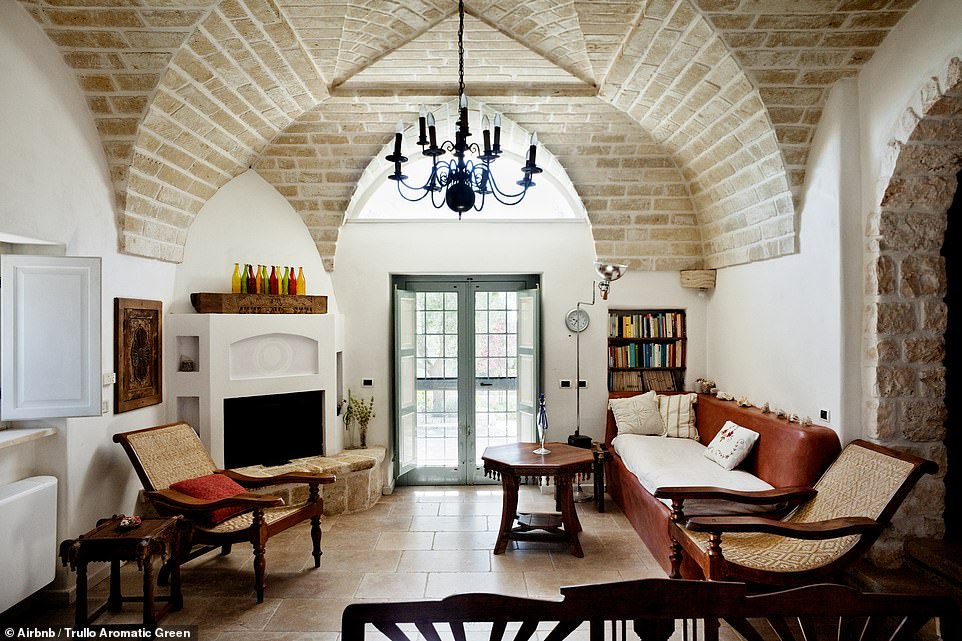 This charming Airbnb near the town of Ostuni is housed in a 300-year-old “trullo” – a traditional Italian dry-stone hut with a conical roof. Relax in the hammock and take in the grounds – it’s set on a four-acre estate with olive, almond, fig, cherry and pear trees, providing a “garden banquet for guests to feast on”. It is also an eco-responsible place. Solar energy is used for hot water and waste water is reused. The property can sleep four people and costs from £175 per night, with a minimum stay of four nights. 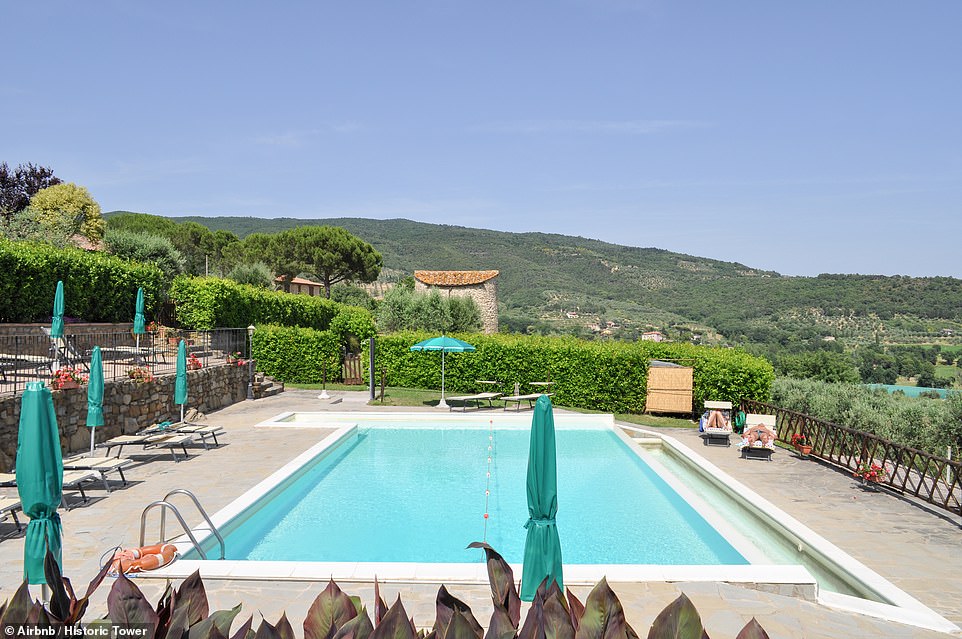 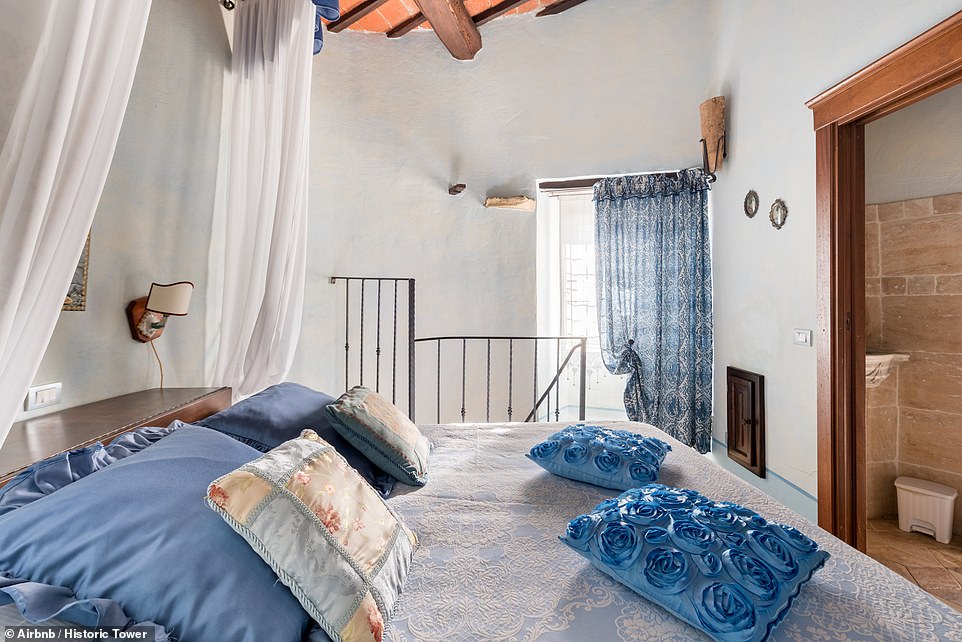 Settle into this Italian paradise on the border between Umbria and Tuscany and you’ll be greeted by “stunning views of Lake Trasimeno”. The tower, which was built from “reclaimed materials”, includes a private garden and a barbecue. You can also swim in the shared swimming pool of the estate. The property sleeps two people and costs £108 per night. 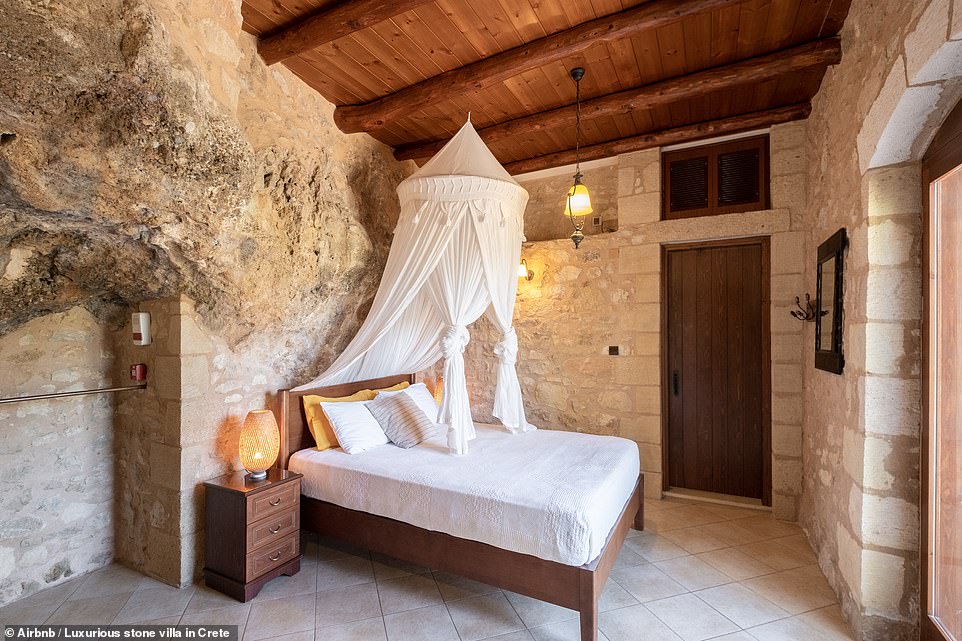 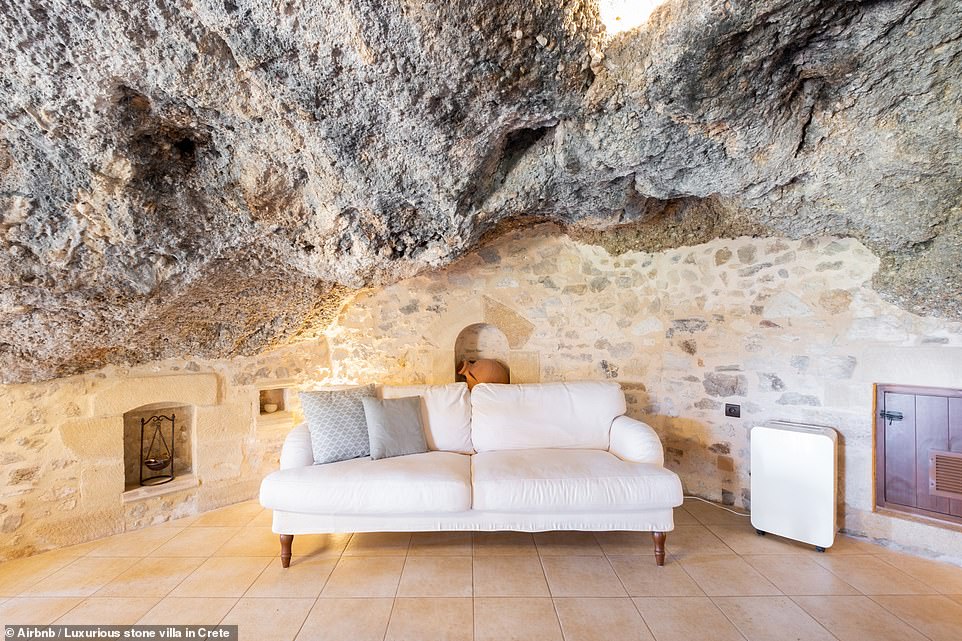 This unique apartment in the small village of Kaliviani rocks in many ways. It is housed in a natural cave that once served as a family home and later as agricultural storage. Following a renovation in 2007, the space was transformed into a 60 m² (645 sq ft) “luxury” studio with balcony. Along with an eye-catching interior, guests can take in “stunning” views of Kissamos Bay. It sleeps three people and costs from £148 a night. 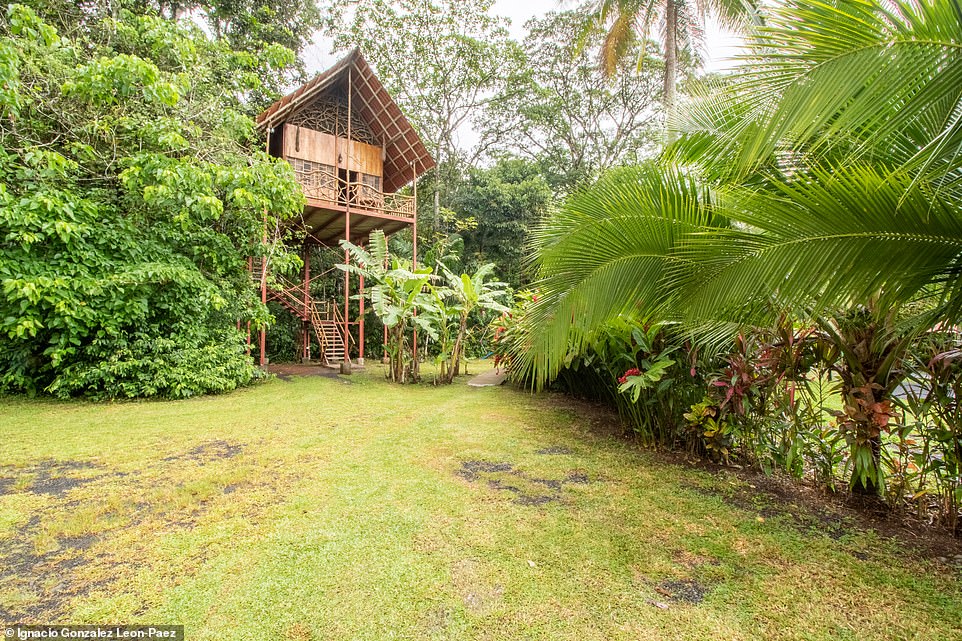 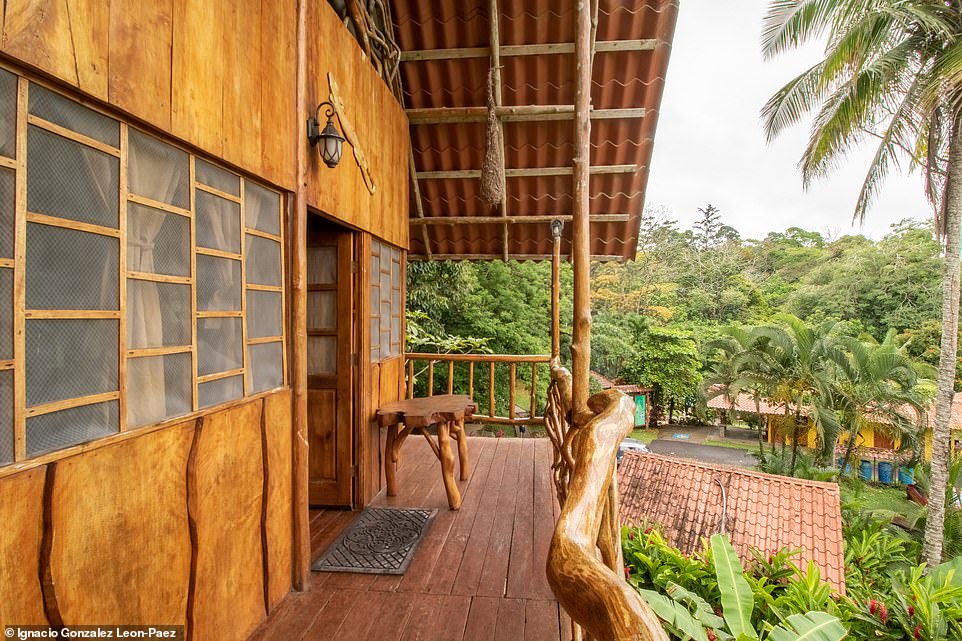 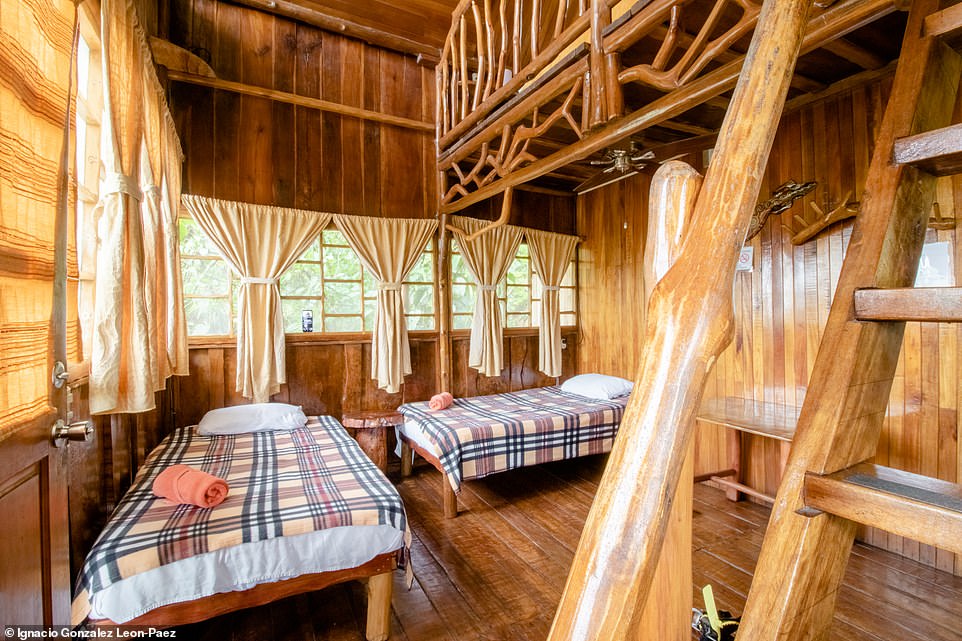 You’ll find this gem at the Bio Thermales Hot Springs resort north of San Jose. The treehouse is handcrafted with furniture made from trees harvested naturally from the field. Days will likely be spent soaking in the retreat’s 15 natural hot and cool spring pools or hiking the trails of the surrounding 35-acre (14-hectare) rainforest. For four people, the treehouse costs from £105 per night 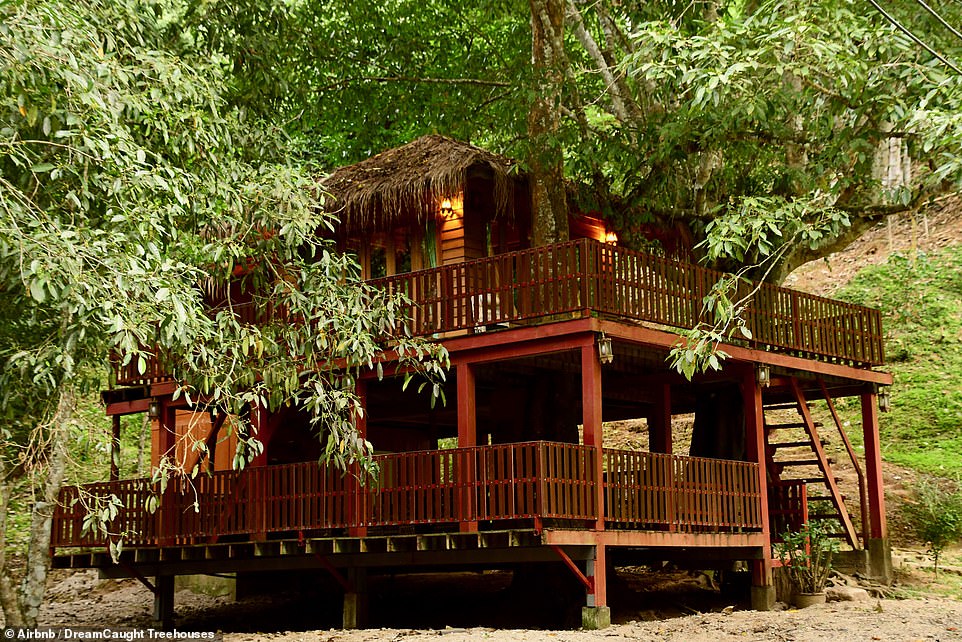 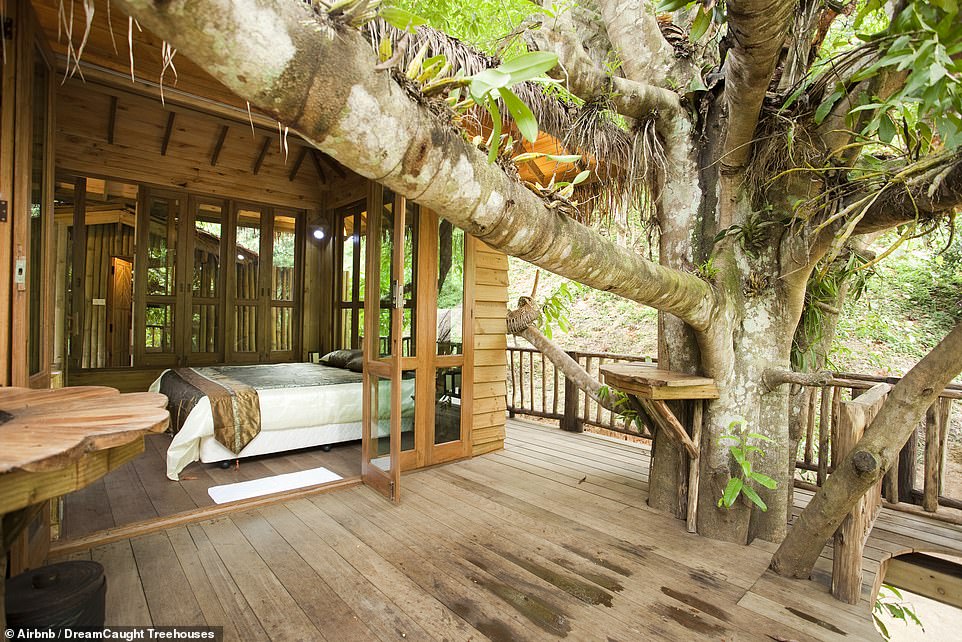 This scenic retreat sits among the “lush green hills” of Mae Taeng district in northern Thailand. The tree house is on the edge of a river, which you can admire from your own private terrace. Plus, those staying three nights or more can enjoy a free cooking class with the hosts. The property, which sleeps two, is priced at £65 per night 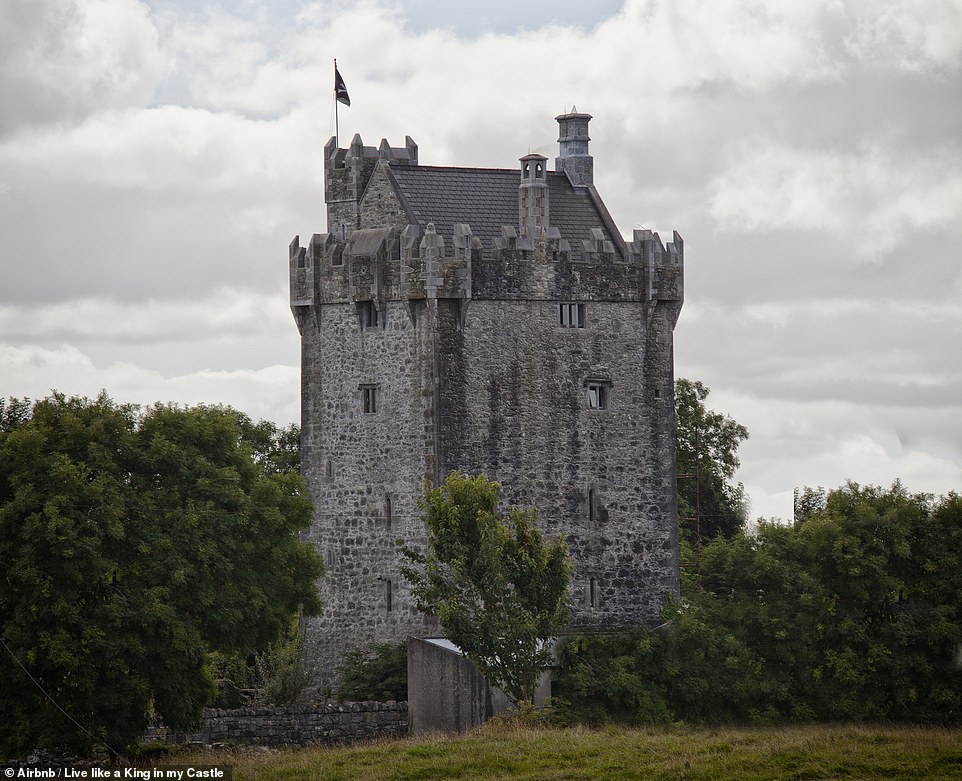 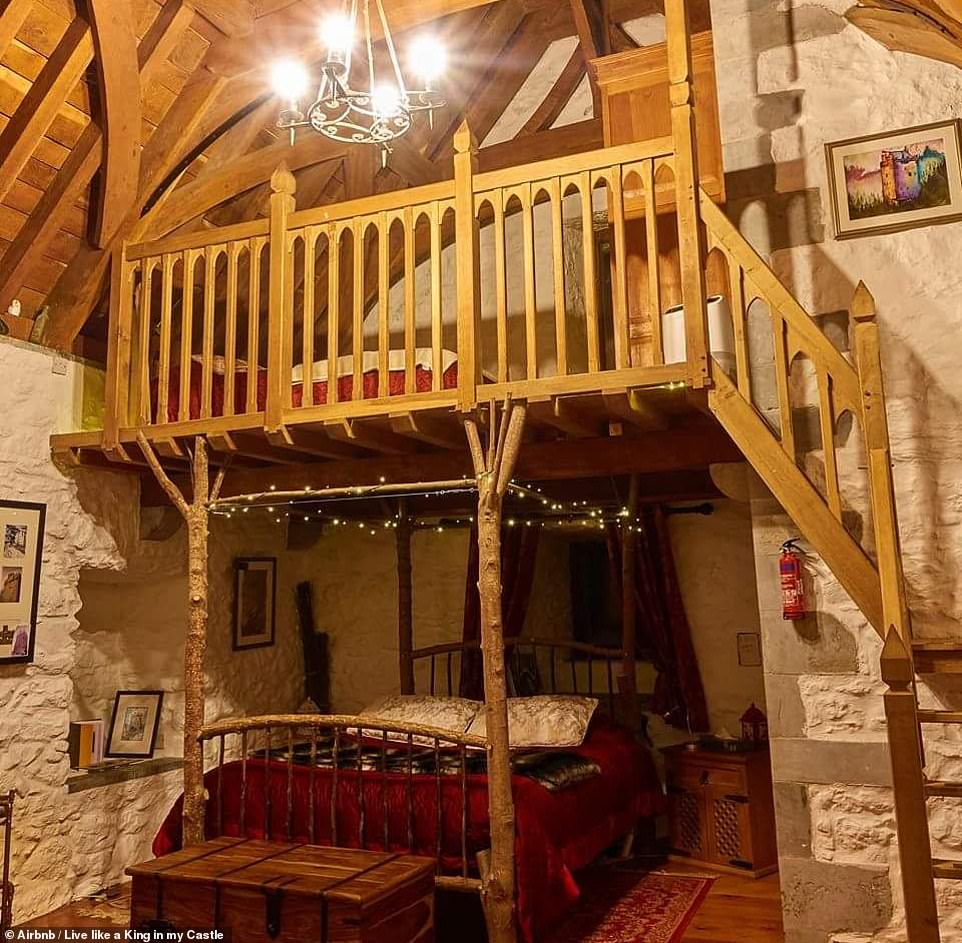 Guests are invited to ‘live like a king’ in the Cahercastle Galway, which has existed since the late 1400s. Bedrooms are in the main bedroom, the highest room in the castle, with access to the turret, a living room and a dining room. Guests share the fortress with the owners, who note, “The castle has a lot of quirks. It’s a great and fun place to spend the night. The abode sleeps four and costs £167 per night 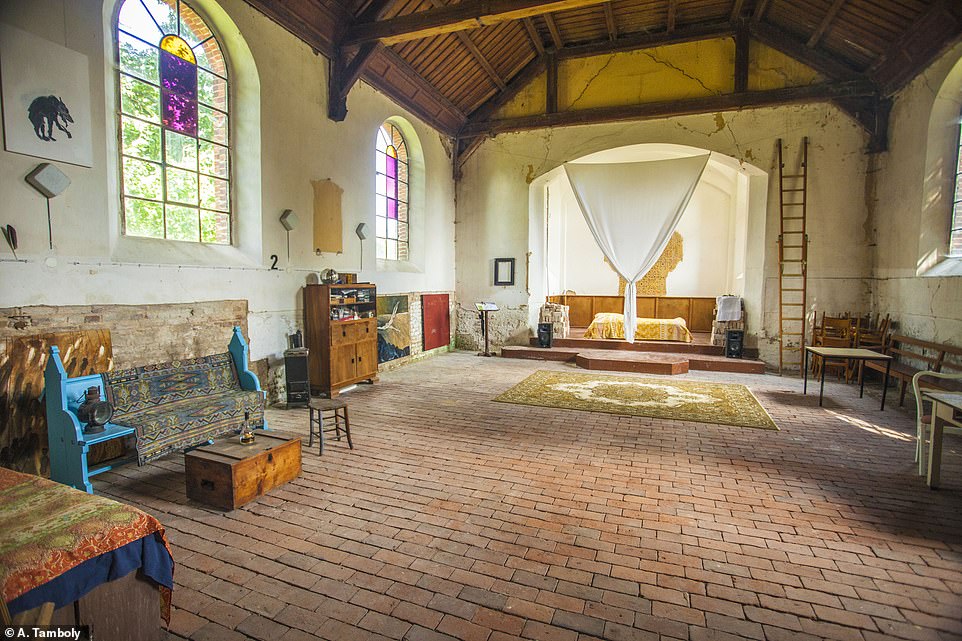 Lay your head for the night in this 18th-century church in the German village of Briest – patrons sleep in the gallery where the organ once stood. Described as a ‘gothic building’, the property has a clock tower and a ‘magnificent’ garden. Anyone with a musical bent will be in for a treat – according to the host, the church offers “excellent acoustics” for musicians and singers. This quirky spot sleeps four and costs from £49 per night