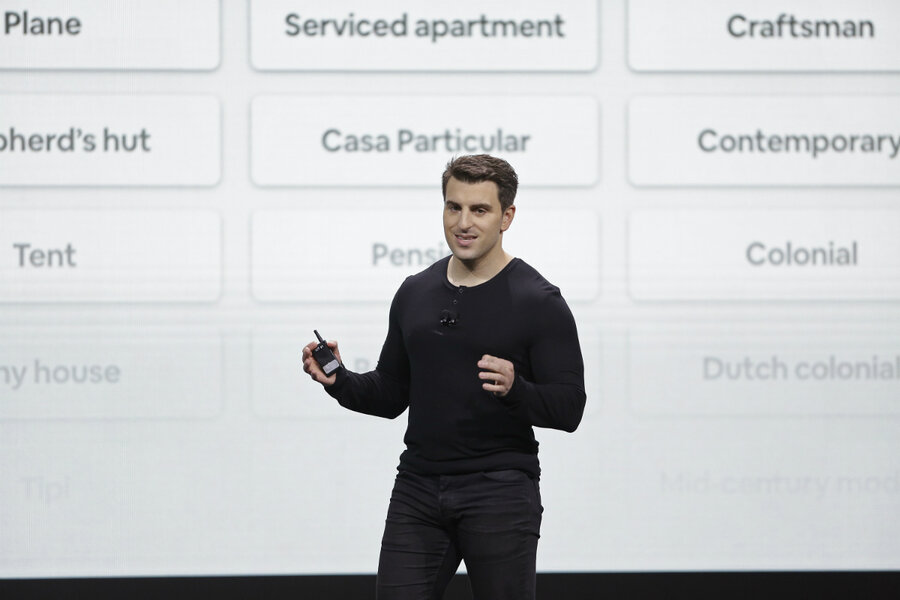 Airbnb sends inspectors to thousands of properties for new ‘Plus’ program

Airbnb sends inspectors to assess thousands of properties listed on its home rental service to reassure travelers that they are booking great accommodations.

The Plus program, unveiled on Thursday, aims to appeal to travelers who are unsure whether they can trust the current rating system drawn from reviews posted by past customers. The misleading images pulled by Airbnb’s rating system have become a big enough problem to spawn a website devoted to horror stories ranging from an overcrowded and dirty “hippie commune” in Pasadena, California, to vacations in Paris wasted in a musty, bug-infested apartment. .

“You realize over time that you have to take on more responsibility for your platform, you have to be active, you have to be judgmental,” Airbnb CEO Brian Chesky said in an interview with The Associated Press.

The practical touch built into the Plus program comes 10 years after Mr. Chesky and his former roommate launched Airbnb in a San Francisco apartment in hopes of bringing in more money to pay their own rent.

Airbnb’s internal surveys found nearly three-quarters of travelers on its service are willing to pay more for properties certified by an inspector, allowing apartment owners and dwellers to quickly recoup a $149 fee to participate. see you.

Human inspectors will review properties based on a 100-point checklist covering everything from Wi-Fi speed to bedding comfort. Properties that fail can still be part of regular Airbnb listings; the company will also offer advice on improvements to qualify.

Airbnb is shaking things up at a time when its growth is slowing, a trend the company would like to reverse before selling its shares in an IPO expected in the next two years. Despite its popularity, Airbnb remains unprofitable, losing $75 million on revenue of nearly $2.6 billion last year, according to financial statements reviewed by The Wall Street Journal.

During a presentation in San Francisco, Chesky announced further moves to turn Airbnb into a traditional hospitality company rather than an industry renegade that has hijacked business from large hotels. Frequent travelers will benefit from discounts and other advantages. The company is also adding other rental categories, including hostels and boutique hotels.

“Airbnb’s latest scheme is further proof that the company is trying to play in the hotel space while skirting industry regulations,” said Troy Flanagan of the American Hotel & Lodging Association. “If Airbnb wants to enter the hospitality industry, it needs to be regulated, taxed, and held to the same safety standards.”

Airbnb’s success since its inception a decade ago has drawn fire from city officials unhappy with the loss of revenue from hotel taxes. It has also sparked protests from long-time tenants of homes that are being converted into short-term accommodation. Airbnb critics say this latest trend has made it even more difficult to find accommodation in cities like San Francisco, where housing is already scarce and expensive.

Get stories that
empower and uplift Daily.

“There are things we’ve done that have had negative impacts on cities and we have to deal with them,” Chesky conceded. But he said he still believes communities have primarily benefited from Airbnb’s existence because it has helped people stay in their homes, thanks to the extra money brought in by renting out part of the building. space whenever they want.

This story was reported by the Associated Press.