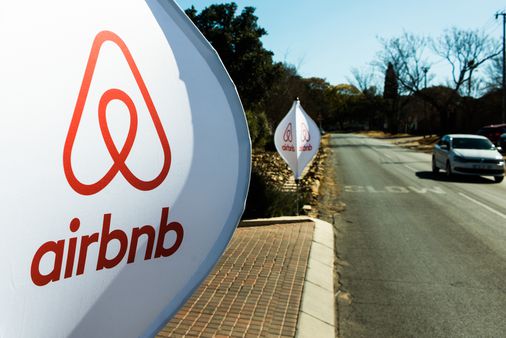 Boston’s law is one of the toughest measures in the nation and is part of efforts by a number of cities and states seeking to regulate Airbnb.

The new law went into effect Jan. 1, but the city agreed to put some aspects on hold while Airbnb’s lawsuit continued. Now, however, hosts who didn’t register by December 1 or aren’t qualified to rent units will be removed by Airbnb from the company’s platform.

Mayor Martin J. Walsh said he sought “the right balance between preserving housing and allowing Bostonians to benefit from this new industry.”

“Boston has set an example for city governments across the country, which are empowered to make their own reasonable regulations,” she said.

In addition to investors and absentee owners, tenants will also not be allowed to rent accommodation for short periods. Generally, only single unit owners or owners of a secondary unit in their own two or three unit building will be permitted to list them for short term rental. The owner must occupy the accommodation at least nine months per year.

Airbnb had about 6,300 listings in Boston last year, and studies have suggested much of its business came from absentee investors and landlords — the targets of the city’s ordinance.

The explosion in popularity of rental services like Airbnb has put a strain on the housing stock in many cities with very high real estate costs.

A 2016 University of Massachusetts Boston study found a small but noticeable increase in rental prices due to increased Airbnb listings, a finding that has been confirmed by other national studies. As Boston faces soaring housing prices, one of the city’s challenges has been preserving the affordable housing that already exists.

New York, San Francisco and Los Angeles have sought to restrict the type of units that can be listed on these sites and have passed regulations requiring Airbnb to provide them with more information about its hosts.

Additionally, Massachusetts passed a new state law that requires short-term hosts to register and pay taxes on their rentals. This law entered into force in July.

Initially, Airbnb’s opposition to the municipal law was based on concerns that the company would be forced to disclose private information about its users, but those concerns were allayed as part of the agreement.

“Our goal has always been to work with the city to find a way forward for home sharing in Boston,” said Liz DeBold Fusco, spokesperson for Airbnb. “With this settlement agreement, that is what we have collectively achieved, establishing an effective regulatory framework for compliance.”

Under the deal, Airbnb agreed to essentially open its vault to city inspection and remove unqualified rentals. The platform would still be subject to a $300 per unit fine for non-compliance.

Airbnb will also notify users of the city’s new rental standards and provide monthly data reports to the city, including user registration number, registration information and zip code. Those who do not provide accurate or sufficient information have 30 days to comply, or will be removed by Airbnb from its website.

City officials say the check-in portal will also allow them to monitor rentals for health and code violations. Short-term rental operators must notify an owner of a rental unit within 30 days of check-in.

Dion Irish, head of Boston’s inspection services, said the deal reinforces the city’s ordinance by making Airbnb a partner. He hopes other industry platforms will follow the company’s lead.

“They recognize that the way to do business successfully is to work with cities that are not opposed to short-term rentals, but want to minimize the impact it has on cities,” Irish said. “The best way for them to do this is if they work with the city.”

Last year, Airbnb settled a lawsuit against San Francisco over steep fines the company faced for unregistered hosts agreeing to collect host data and turn it over to the city for enforcement. According to the San Francisco Chronicle, the company’s listings there fell by about half when the law went into effect earlier this year. Airbnb sued New York over a new law similar to Boston’s. This case is pending.

Tim Logan of Globe staff contributed to this report. Milton J. Valencia can be contacted at [email protected] Follow him on Twitter @miltonvalencia.

“I live in the basement”: the Airbnb stay becomes chaotic for a bachelor…

The Airbnb stay becomes chaotic for a bachelorette party