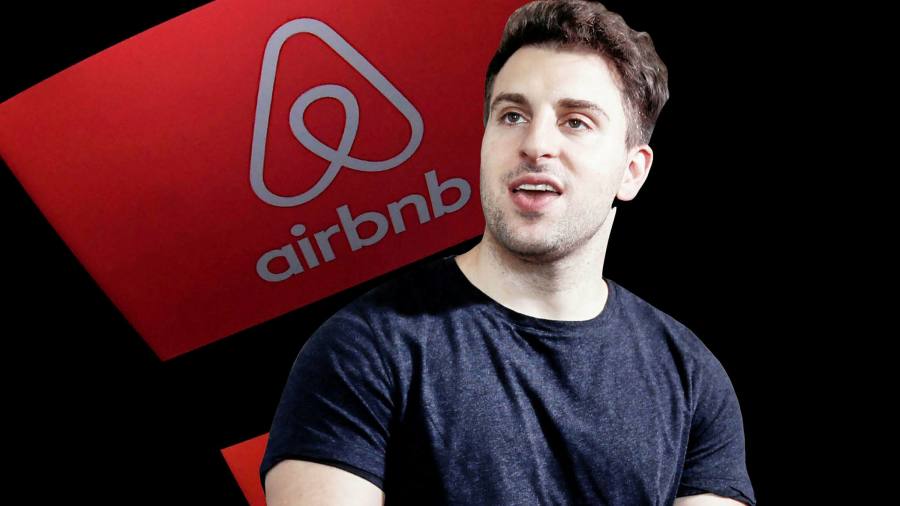 Airbnb has shaken up management and will relaunch plans to launch a first public offering, as it continued to see signs of a rebound after heavy coronavirus-related disruptions to its business.

“When the market is ready, we’ll be ready,” CEO Brian Chesky wrote in an email to employees on Wednesday. He said an IPO could take place this year. “We were down, but we didn’t get out.”

Mr Chesky’s post followed announcement in a meeting with staff that Greg Greeley would step down as chairman of Homes, the company’s primary rental housing business, two years after being recruited on Amazon .

Catherine Powell, who leads Airbnb’s Experiences product, will become head of hosting, a newly formed division that will integrate both her existing spaces and home sharing.

Ms Powell is British and a former Walt Disney and BBC Worldwide executive who joined Airbnb earlier this year.

Our business has not recovered, but we are seeing encouraging signs

Airbnb said this week it saw customers make reservations for more than a million nights in a single day for the first time since the global pandemic took hold. However, about half of those bookings were for locations within 300 miles of customers’ homes, and the nightly rate was on average less than $ 100.

“Our activity has not recovered, but we are seeing encouraging signs”, the company said in a blog post. Incomes of hosts in rural areas increased 25% in June compared to the same period last year.

However, in urban markets – such as Boston, Los Angeles and New York – bookings were still much lower than last year, according to data from AirDNA, an independent analytics company.

Airbnb blamed the fallout from the coronavirus pandemic when it laid off 25% of its workforce – 1,900 employees – in May as part of an effort to cut costs and refocus on its core business. The company has also suspended plans to integrate transportation options into its app, as well as efforts to create an in-house media studio to produce travel-related content. It reduced its investments in Hotels and Lux, its high-end rental service.

Airbnb raised $ 2 billion in debt in two equally-sized deals from new investors in April, when it was clear travelers would stay at home for an extended period.

Mr Chesky said Mr Greeley was “an incredible partner to me, and I cannot thank him enough for everything I have learned from him”.

Regarding the IPO plan, he added: “We are not committing to making it public this year, but we are not ruling it out.”

Americans can now travel to Croatia