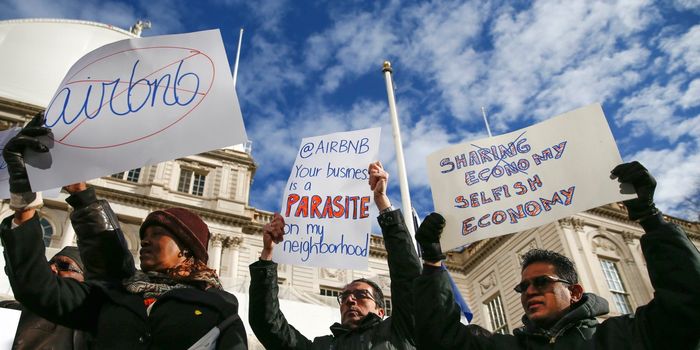 Airbnb to impose limits on rentals in London and Amsterdam

Airbnb Inc. is showing its willingness to curtail its home-sharing business, a nod to regulators around the world who have besieged one of the world’s most valuable startups with potentially crippling restrictions ahead of an inevitable IPO.

The company on Thursday agreed for the first time to limit the number of nights per year a host can rent a house in two of its largest European markets, London and Amsterdam. The concessions could provide a model for how Airbnb operates in nearly 200 countries around the world, including major cities like New York and its hometown of San Francisco where it faces bitter battles over some the world’s toughest rental laws.

Airbnb’s ability to capture a significant chunk of the hospitality industry after eight years has convinced funders like CapitalG, the investment arm of Alphabet Inc., and mutual funds like Fidelity Investments to value the company this year at $ 30 billion, as richly as the hotel company Marriott International. Inc.

But just like its cousin Uber Technologies Inc., the $ 68 billion car rental service, Airbnb has drawn the wrath of lawmakers and an established industry who see it as a threat to the old way. Business. City officials in New York’s tourist capitals in Berlin argue that Airbnb’s short-term rentals may crowd out locals by making it more lucrative for homeowners to cater to tourists than to rent their homes to residents in the city. long term.

Under pressure from investors to possibly pursue lucrative IPOs, Airbnb and Uber have stepped up their lobbying efforts and started offering additional services that could help mitigate any impact on their so-called sharing economy businesses. Between them, the two companies have raised more than $ 16 billion in venture capital.