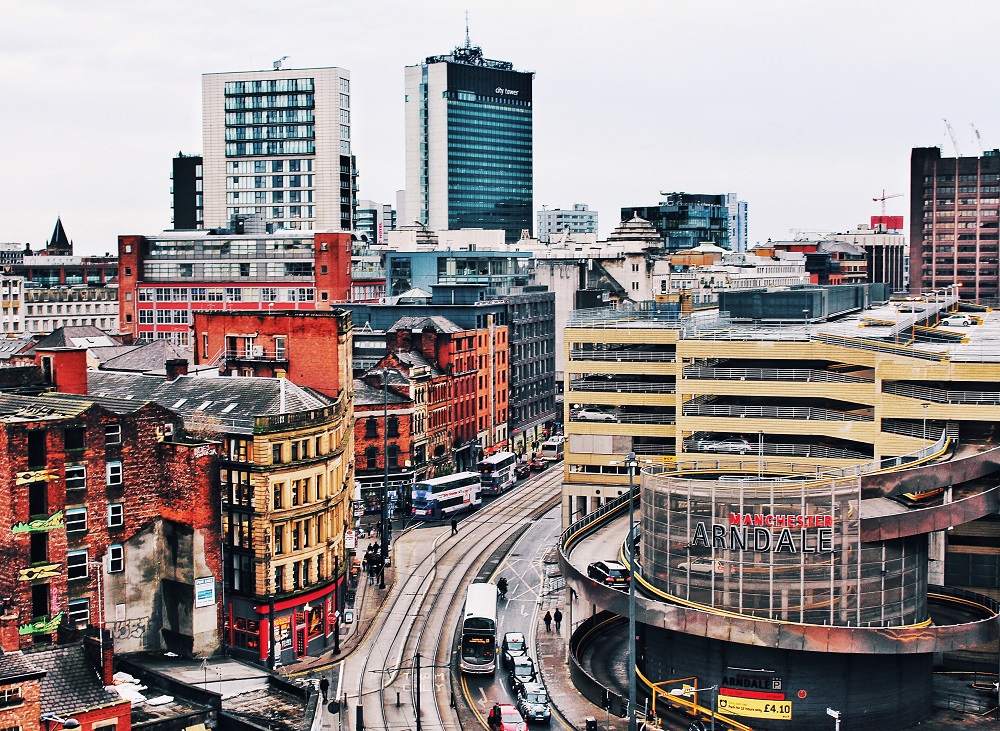 Airbnb was one of many libertarian West Coast start-ups that reportedly heralded the start of a digital “sharing” economy. About a decade later, this $130 billion corporation has become synonymous around the world with increased gentrification and other housing pressures on working-class communities.

While the Airbnb threat has been felt most acutely in international tourist destinations, such as southern european cities of Barcelona and Lisbon – its impact is not absent from the United Kingdom, which had more 250,000 Airbnb properties listed by January 2020. Short-term rentals now form a significant part of the current wave of capitalist restructuring of UK housing markets through various forms of financializationvisible from small villages to the big cities.

In Manchester, the housing movement has long warned on Airbnb’s problems in the city, and how short-term rentals can intensify the housing crisis lived in our neighborhoods. Despite some limited action by the Council, it appears that these warnings were not taken seriously enough.

In response, a group of worried Mancunians, including members of Greater Manchester Tenants Union and Greater Manchester Housing Action, came together to produce a report that assesses Airbnb’s current and future impact on the city. Our findings reinforce the need for local authorities in the UK to better understand how short-term rental markets disrupt the human right to housing and find ways to effectively tackle this growing threat.

Moss Side is a dense and popular city center area, not far from the bars and entertainment venues of central Manchester. There are a number of red-brick Victorian terraced streets you can wander down which offer telltale signs that some of the houses have been converted to short-term rentals.

It may be the large extension built at the back, allowing the owner to add one or two additional bedrooms. Perhaps it is the fact that the houses seem unoccupied during the week. On weekend nights, you might hear the sound of punchy bass from one of the Airbnb “party apartments” that have become increasingly common. The composition of housing in the neighborhood is changing, but so far there has been little analysis of how.

As part of our work, a fellow researcher found a street in Moss Side that offered a grim example of what Airbnb has done in the area. The shift from PMQs to short-term rentals has become so acute that five of the last eight homes sold on the street have gone to landlords with the express intention of turning them into short-term rentals.

For Moss Side residents, the costs of these trends aren’t just being felt in the nuisance and disruption to life next to Airbnb properties. Soaring rents and property prices have accompanied this transformation of the housing stock. The displacement of working-class households out of the neighborhood is sure to follow.

Our report also looked at the broader dynamics at the city level. The results were as disturbing as the conclusions of the research carried out at Moss Side. The figures suggest that if pre-pandemic growth trends continue at the same level as during the previous four-year period, Manchester would lose huge chunks of its housing stock to short-term rentals. There has been a threefold increase in the number of listings and a fourfold increase in the number of full properties listed on Airbnb in Manchester from 2016 to 2020, with an average of 263 full properties added each year.

By the end of the decade, the transfer of long-term rental properties to the short-term sector could exclude more than 4,000 households, or 9,400 residents. With over 13,000 households on the waiting list for social housing, colocation platforms like Airbnb will massively worsen the housing crisis.

One need only consider the economics of the industry to see why a landlord might choose to entrust their real estate to Airbnb rather than the traditional private rental sector. These rental markets are more lucrative than longer-term rental arrangements – a landlord will make a higher return on a short-term rental than on a regular long-term rental.

In Manchester city centre, for example, the average rent available to a landlord renting out their apartment on a long-term let is between £800 and £1,000 per month. In contrast, on short-term rentals, at an average of £95 per night, they will bring in £1,710 per month if rented 60% of the time, and £2,300 if occupancy reaches 80%.

Listings made up of single rooms, which are central to Airbnb’s “home sharing” marketing, account for less than one in ten listings (eight percent) globally. 59% are “professional accommodation”, a figure that rises to 92% if we include whole house rentals and multi-bedroom listings. Away from Airbnb’s claims that their platform enables home “sharing”, the reality is that they operate as a mechanism for commercial landlords to increase their rental income in the housing market.

Much has been written about the complex interplay between the local or national state and capital in driving waves of financialization in the built environment. The growth of Build-to-Rent sector is one of the consequences, a process of financialization from above. As Raquel Rolnik arguedthe rise of short-term rentals can be seen as a form of “bottom-up” financialization, introducing a new dynamic of accelerated rentierization to local housing markets and disrupting communities in the process.

Across the country, local governments need to wake up to this new reality before it’s too late. At Airbnb corporate lobbying tactics Until the hollow promises of the Short Term Accommodation Association, municipalities like Manchester have too often got the facts wrong.

Our report features national and international examples of how cities can tackle the short-term rental specter. As with the broader fight for housing justice, there are no easy answers, but doing nothing about the rise of Airbnb in our communities risks giving capitalists even more power to shape our lives. daily.

Skip the food: These 9 Birmingham restaurants are open on Christmas Day