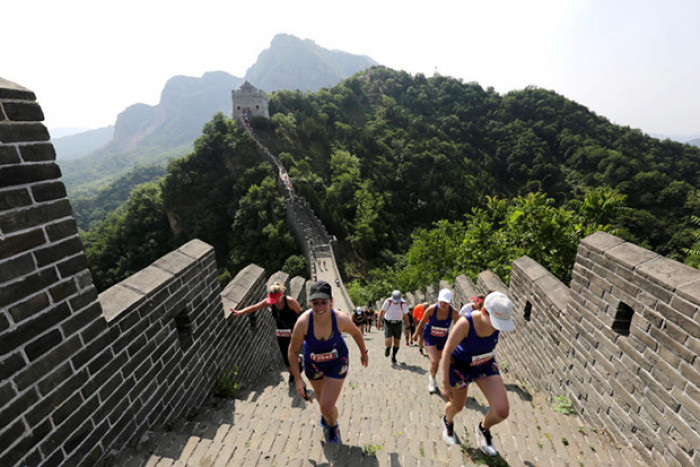 The heritage office does not give the green light

Participants attend the Great Wall Marathon at the Huangyaguan section of the Great Wall of China, in Jixian in Tianjin province, May 19, 2018. (Photo Reuters)

Airbnb was forced to cancel a promotion that offered contest winners the chance to spend a night on the Great Wall of China after an official heritage body said it had not approved the plan.

“We understand and respect the opinions expressed by the Cultural Commission,” the room booking app provider said on Weibo, China’s Twitter-like service, on Tuesday.

The statement, in Chinese, came in response to comments from the Beijing Yanqing Cultural Commission, which said late Monday that it did not support the project because it “does not conform to the heritage conservation values ​​of the Greater Wall”.

The government office, which is responsible for the popular section of the Badaling Wall, said on Weibo that it had never approved any plans for the project from any organization.

Airbnb’s statement said it had been in talks with “affected parties” for several months before launching the promotion.

“We have made the decision not to go ahead with this event,” he said in a separate statement in English on Tuesday, adding that he apologized to those who had already attended the event. competition.

Despite his comments, the page promoting the contest was still available on the company’s English and Chinese websites on Wednesday.

Beijing Badaling Tourism Company, Airbnb’s local partner on the project, said the two companies are “still working together” but did not elaborate.

The cultural commission declined to comment on the matter.

China introduced a law in 2006 to protect the 2,600-year-old Great Wall, part of which prohibits the construction of any structure that is not part of an official conservation effort.

Airbnb’s plan to convert a watchtower into a bedroom has upset many people online.

“The Great Wall is a historical relic… how can they let it be turned into a communal guesthouse?” one person wrote on Weibo.

The company said last week that “the protection of historical and cultural relics was the original intent of our business.”

One of the Seven Modern Wonders of the World and a Unesco World Heritage Site, the Great Wall of China stretches approximately 21,000 kilometers from Liaoning Province in northeast China to Gansu Province. to the northwest.