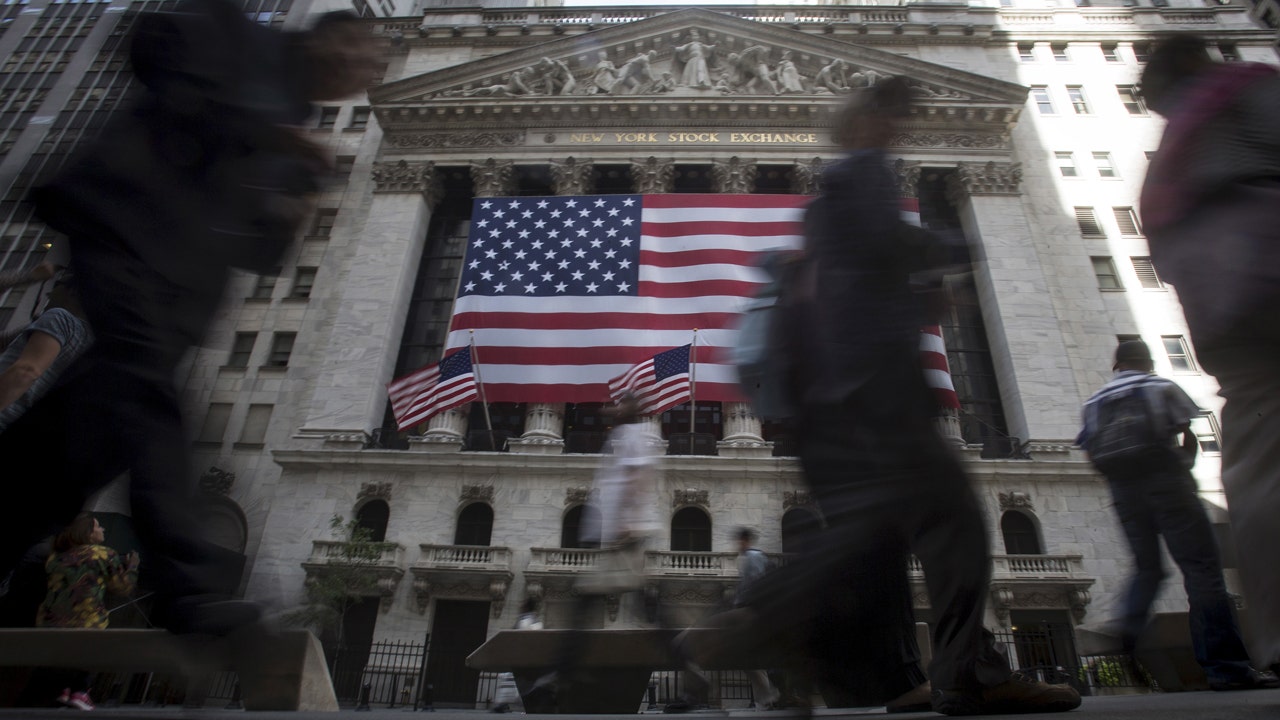 Gus Scacco, CEO and CIO of Hudson Valley Investment Advisors, gives his take on the state of the economy.

Investors will take into account key jobs and inflation data over the coming week, as well as a new round of corporate earnings.

Already, for the second quarter, more than 87% of companies in the S&P 500 have exceeded expectations for both revenues and profits.

As a result, the Dow Jones Industrial Average and S&P closed at record highs on Friday.

FOX Business takes a look at upcoming events that are likely to move Financial markets in the coming days.

BioNTech, Dish Network, Energizer Holdings, Tegna and Tyson Foods are among the big names kicking off earnings week ahead of the opening bell on Monday.

Meanwhile, AMC Entertainment, Cable One, Ethan Allen, Planet Fitness and SmileDirectClub will be among the names in the spotlight after the bell.

The main event for Monday’s economic data will be the JOLTS report for the month of June. In May, the total number of vacancies remained stable compared to the previous month at 9.2 million.

Also on Monday, Atlanta Fed Chairman Raphael Bostic will talk about “Building an Inclusive Economy” ahead of a virtual event hosted by the Greater Fort Lauderdale Alliance Foundations Prosperity Partnership.

It will also be a big day for cryptocurrencies, as Net Savings Link is expected to launch the second publicly traded crypto exchange in the United States, called NSAV. Net Savings Link will own 100% of the exchange.

On Tuesday, investors will receive results from Aramark, Casper Sleep and Sysco before the opening bell.

After the bell, Chesapeake Energy, fuboTV, McAfee and Poshmark are all set to report the results.

Economic data to watch for Tuesday will be the National Federation of Independent Businesses Small Business Optimism Index as well as labor costs and productivity for the second quarter.

In addition, Federal Reserve Bank of Chicago President Charles Evans will hold a live virtual conversation with members of the media on economics and monetary policy.

The profit parade continues Wednesday with Perrigo and Wendy’s before the opening bell and big names such as Bumble, eBay, Lordstown Motors, NIO and Sonos after the bell.

Inflation and consumers will also be the center of attention with the core CPI and the consumer price index. Other economic data forecast for Wednesday includes the federal budget deficit, weekly mortgage applications and weekly crude stocks from the Energy Information Administration.

Samsung will also be holding its highly anticipated Unpacked event on Wednesday. The tech giant announced in a blog post that consumers will discover more foldable devices with the Z Flip and Galaxy Z Fold2, the third generation of its Galaxy Z series. It will also unveil the very first S stylus for phones. foldable and will build on the functionality of its current Galaxy Note model.

On the economic side, the producer price index and initial and continuing jobless claims are on the agenda.

To end the week, economic data will be import and export prices as well as the University of Michigan consumer confidence index. Other notable events on Friday included the distribution of the second payment of the Child Tax Credit and Disney raising the price of its ESPN + streaming service from $ 6 to $ 7 per month and from $ 60 to $ 70 per year. .