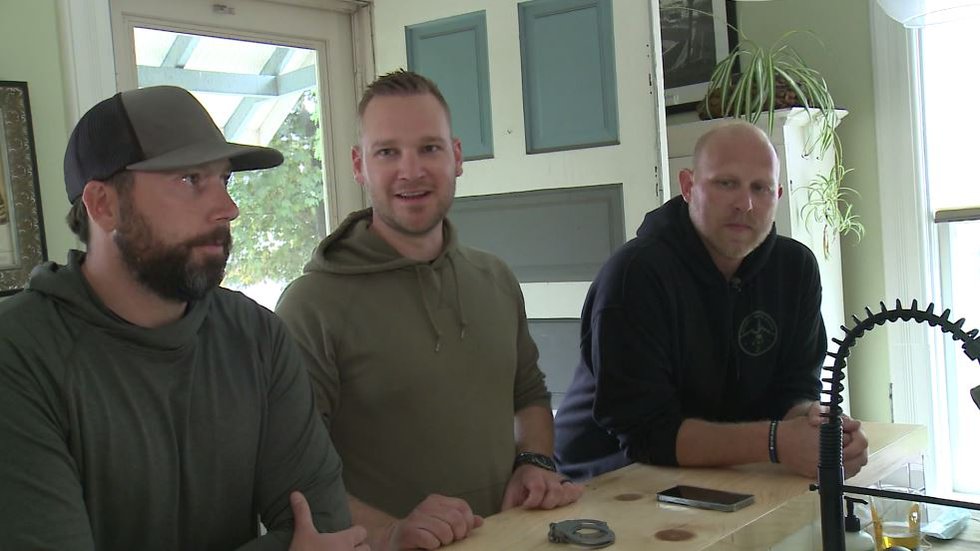 An intruder breaks into Airbnb full of MPs

Montana MPs, who were in Milwaukee for emergency vehicle training, say they didn’t expect a crime to happen in their rental home. When they found the back door open, they realized there was an intruder, and when they went upstairs, they found a 19-year-old man sound asleep.

MPs posted about the incident on TikTok in a video seen by tens of thousands of people.

“Matt finds this guy lying in a bed in our house… This silly guy found the only Airbnb in all of downtown Milwaukee, Wisconsin loaded with cops.” He woke up handcuffed, ”MPs said on TikTok.

Deputy Charles Pesola adds that the man was lucky they were cops.

“What if this guy fell into a bed with a child or my wife?” I mean, it could’ve been another morning, right? So wrong place, wrong time [but] lucky place, lucky time, that there are guys out there who really know how to handle this, ”he said.

Pesola says he turned the incident into a TikTok video because he’s trying to show the community another side of the badge and that the cops are real people.

The intruder was neither named nor charged. Police said he was intoxicated and fell in the wrong house.

“He made a mistake. It’s okay. We’re going to get over it, and at the end of the day we can smile about it,” said deputy Matt Vander Ark.