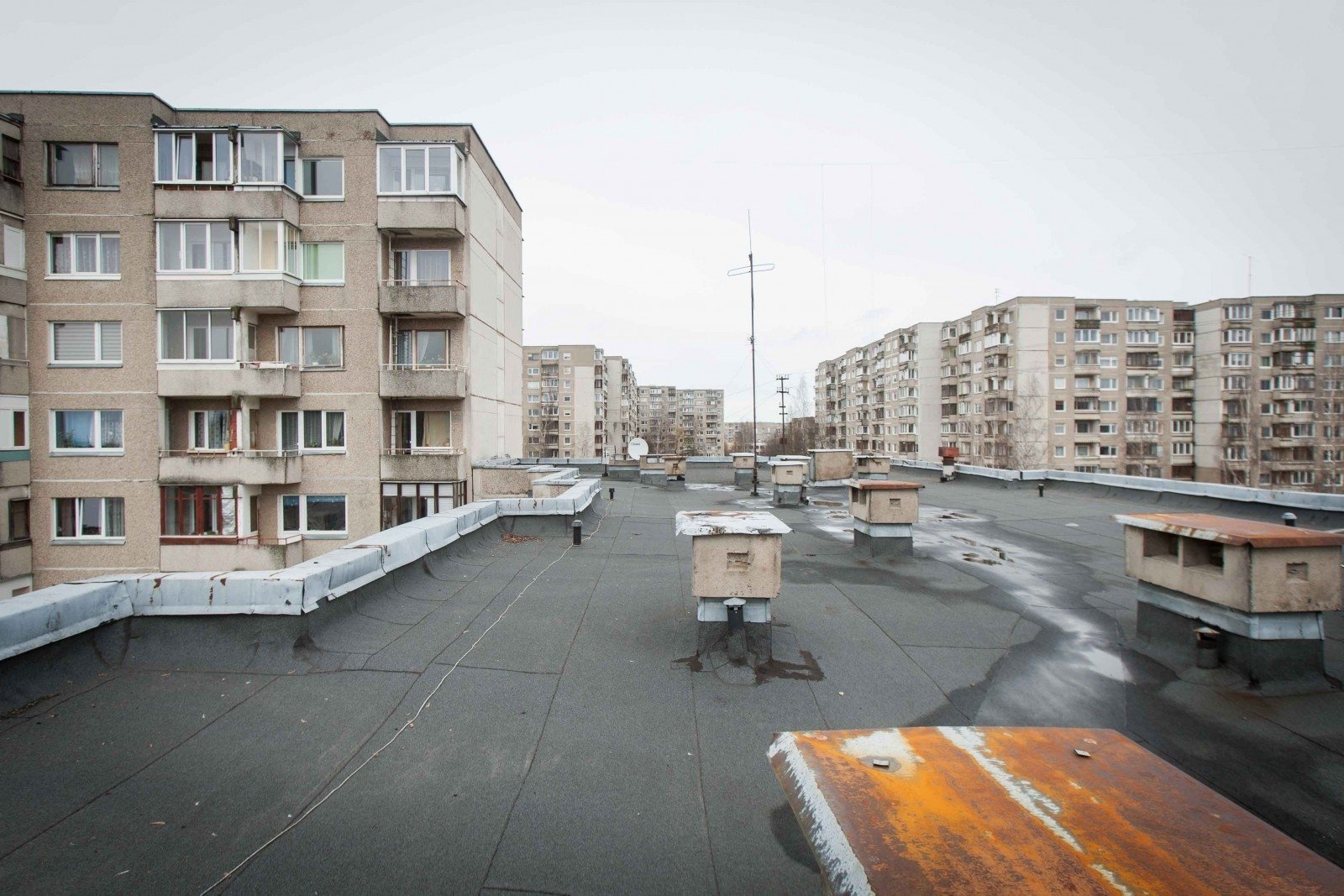 Apartment chairmen like not to break up: they see the collapse of communities and even more taxes for residents

However Ministry of Environment a project has been prepared, the purpose of which is to establish in one law the principles of management, use, maintenance, repair, renovation and disposal of objects of common use of multi-apartment houses.

Excessive urgency and violation of the rights of the population

At the press conference held on Wednesday, where the President of the Lithuanian Republican Chamber of Housing Management and Supervision delivered speeches Juozas Antanaitis, Juozas Pukanasis, Head of the Vilnius 939 Apartment Owners Association, Head of the Lithuanian Center for the Protection of the Rights of Apartment Residents Giedrius Komka, and Andrius Baranauskas, Chairman of the Board of DNSB Raistininkų 2B, to express concerns about the draft Law being drafted.

J. Antanaitis assured that first of all many issues raise the urgency and circumstances of preparation of the draft legislation.

“For the third month in a row, homeowners and managers are feeling distrusted. We learned that for two or three years in secret, a law was being drafted for which there was no information about it. And until the last day, when we wanted to introduce the drafts, the member of the Seimas who proposed to do so, Lauras Stacevičius, said that he could not, ”added Antanaitis, adding that on October 16 last year The draft was submitted to the agenda of the Seimas by the Seimas Legal Department and, although there were many remarks.

“However, after receiving a lot of public interest and discussions, it was decided to remove the draft Law from the deliberations,” said J. Antanaitis.

The President of the Lithuanian Republican Chamber of Housing Management and Supervision continues that, to his knowledge, the event of the Law was presented not to the members of the Seimas, but by the employees of the Ministry of Environment to the Member of the Seimas L. Stacevičius.

“It is clear that this form is being destroyed. You are destroying our current form of housing, which means destroying the maintenance of national property. We are talking about renovations, and this law is destroying our progress. We are heading towards Georgia and Romania when the house collapses. We ask the Ministry of Environment not to despise the established working groups and imagine our remarks and corrections, ”J. Antanaitis said at the press conference and added that neither the Ministry of Environment nor the Seimas members proposing the draft Law take into account people’s opinions and propose a draft.

At a press conference, G. Komka assured that the planned draft law does not meet the needs of all market participants, destroying the entire housing maintenance system.

“Residents lose the right to choose an administrator. <...> The law is being drafted for someone who has a personal interest. It is not possible to repair this project because it does not fully guarantee my rights as a citizen, ”said G. Komka, adding that if the communities break up, the apartment buildings will go to municipalities that do not have the resources to get such a large number of apartments and then there will be great chaos.

As DELFI has written before, the project envisages that the chairmen of the associations for financial or similar purposes. projects, purchases, violations should be liable at their own expense. According to Komka, presidents would not accept risking their personal finances and would simply be forced to leave.

Earlier, G. Komka DELFI said that the project may be near the complete disappearance of such a structure as the community. The draft envisages that the presidents of the associations for financial or similar purposes. projects, purchases, violations should be liable at their own expense. According to Komka, presidents would not accept risking their personal finances and would simply be forced to leave.

“In addition, the communities would be burdened with reporting meetings, <...> these are the next 8 meetings a year. Failure to approve one quarterly report is a serious violation. And where else are the competitors, just waiting for any infringement or artificial circumstance to be recorded? “- the interlocutor assures and adds that he also sees the minimum project complaints procedure.

Prior to this local community, the Board accepted the residents ’complaint and resolved more of them within the community itself. If the Board disappears and the complaints are submitted to the chairman, in case of disagreement, the complaints go to the municipality, which, according to G. Komka, does not have the capacity to deal with the complaints of apartment residents. The interlocutor emphasizes that most of them are directly lying in drawers. 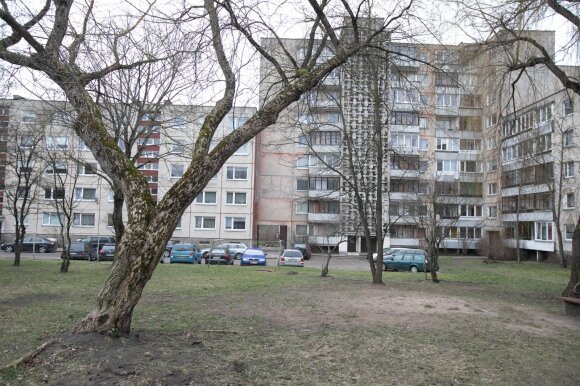 Too much responsibility for administrators

According to the statements of the chairman of the Vilnius Pašilaičiai multi-apartment house association J. Pukanasis, as well as participation in the press conference, if this draft Law were adopted, neither the administrators nor the chairmen could continue the work.

Mr Pukanasis identifies the plan as one of the biggest new loopholes in the bill with one apartment already guarded by the community. According to him, it would be too much of a financial burden for the residents and they would be forced to abandon the idea of ​​community: they need a permanent chairman, an accountant, an electrician, a plumber. Mr Pukanasis emphasized that sometimes a community consists of only one house, in which case both individuals have a high financial responsibility.

He went on to say that the partnerships could be undermined by the anticipated liability of the chairman of the financial partnership, which, according to the interlocutor, could be significant.

“If the community looks like works, the residents of the house have to approve them. If the residents of the house do not approve that report, then the administrator or the president of that community has to pay in their pockets for the work and for the materials. These residents may and may never agree to work. If you have a hollow roof, the upper tier residents agree to work, while others do not. They say we won’t pay. Or it is possible that they do not want to change or maintain the door, to repair the staircase, ”the interlocutor named DELFI a little earlier and added that the beekeepers of the community presidents are not financially responsible for the work.

The Ministry of Environment says the regulation is outdated

DELFI has previously asked the Ministry of the Environment for comments on the situation. This time the Ministry of Environment’s Construction and Spatial Planning Policy Group senior. Adviser Ramūnas Šveikauskas assured that the draft Law proposes to regulate the rights and obligations of the owners of multi-apartment houses and other premises, the manner of implementation of these obligations, as the owners have common partial ownership of objects of common use of multi-apartment houses objects, and the owners, in proportion to the share in the common property, have to manage, inspect, repair or otherwise manage these objects, pay the maintenance costs of these objects.

“Aim of the draft law to consistently, in one legal act, regulate the rights of owners by choosing the method of management, enabling all owners of apartments and other premises to participate in joint ownership management, define all management methods, bases and principles of operation, functions, rights, duties and responsibilities of managers, to strive for the protection of the interests and legitimate expectations of the owners of apartments and other premises in multi-apartment houses to a high-quality, clear and factual (rather than imaginary) service provided with the knowledge of the owners as needed, ”said M. Šveikauskas.

According to M. Šveikauskas, the institutions agree that the current legal regulation is outdated, inefficient, non-transparent, does not allow the management of common property to involve all owners, and it is necessary and therefore needs to be improved. There are currently no separate laws governing these relations, so new legislative initiatives are needed.

Marius Žvinklis, one of the representatives of the Ministry of Environment who participated in the conference, considers the allegations made at the press conference that the draft Law is being prepared for an interested business representative or other commercial entity, who participated in the conference, to be absurd. According to him, everything is done for the benefit of the population and there is a lack of an institution that represents the interests of the population and not the chairmen of apartment buildings.

The use of information published by DELFI on other websites, in the media or elsewhere, or the distribution of our material in any form without consent, is strictly prohibited, and if consent has been obtained, DELFI must be cited as the source.