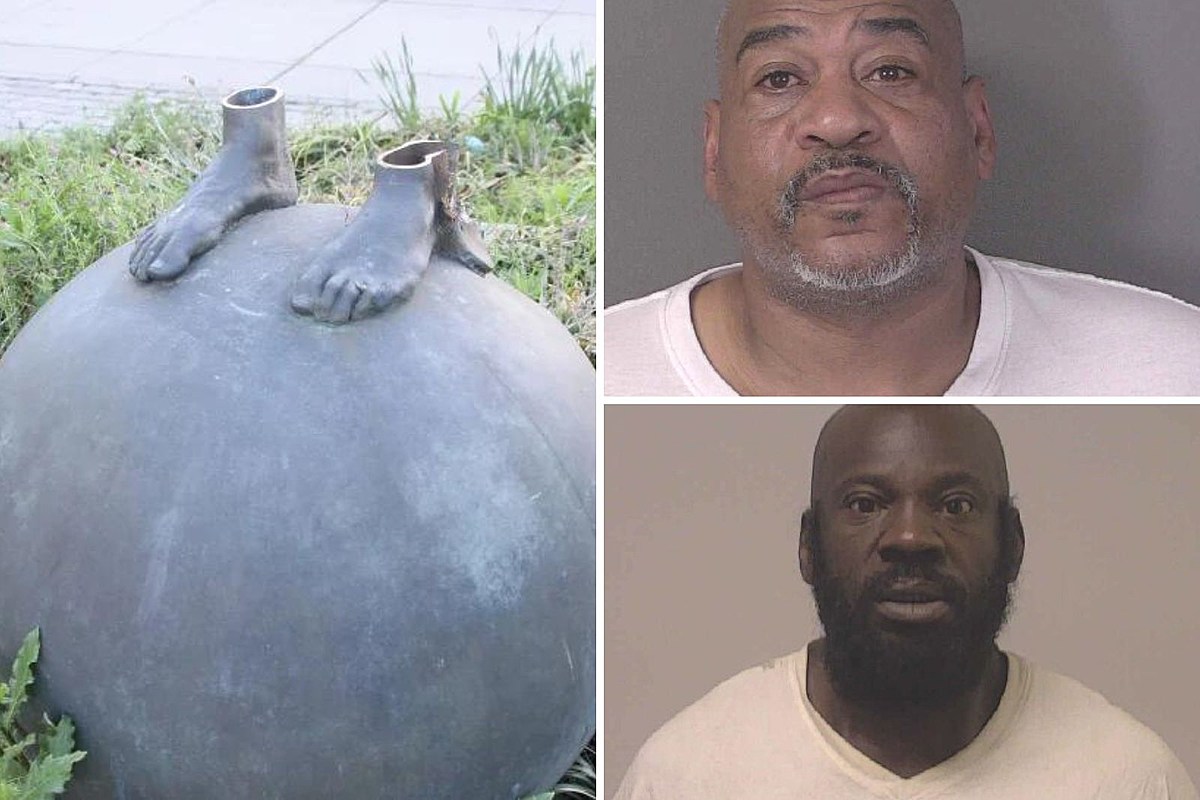 TRENTON — Two suspects have been identified and charged with stealing the Angel of Hope statue from its perch between three churches.

The heavy bronze statue was cut off at the ankles in the early hours of May 7, leaving only its feet on a round plinth. Police said video footage helped them track the statue to a scrapyard in Philadelphia and identify the thieves.

Police announced Tuesday that the suspects are Kevin L. Hampton, 51, of Lawrenceville, and Zachary Carey, 48, of Trenton.

Police said they placed the severed statue in the back of Hampton’s GMC Sierra pickup truck and took it to the Philadelphia scrapyard. They sold it for $1,626, police said.

The statue has since been removed from the scrapyard and is in good condition except for the severed arm and leg and general “wear and tear” from theft and transportation, according to the city spokesperson, Tim Carroll.

Repairs are underway to return the statue to its proper place on “Angel Island” at the intersection of Perry and Warren Streets (Route 206) in Trenton. It was first placed there in 1986.

Before fireworks light up the New Jersey night sky, celebrate the nation’s birthday with a daytime celebration near the coast at one of New Jersey’s Independence Day parades.

This garden is a hidden New Jersey gem

What to do if you catch COVID-19 while travelling?