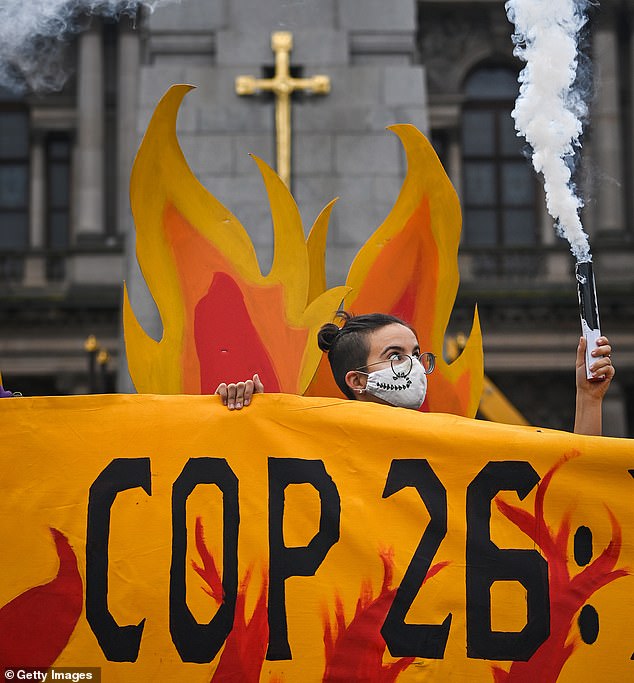 As Glasgow prepares to host COP26, local warns city problems will cause delegates to abandon lattes

The reality of global warming is already being felt in many cities around the world. But a warning to US President Joe Biden, Indian Prime Minister Narendra Modi and all the other thousands of delegates, plutocrats and activists who are set to flood Scotland’s largest city next week for COP26, the United Nations Climate Change Conference: Glasgow in November is not one of them.

As Billy Connolly, the town’s favorite son, once said, there are only two seasons here: winter and June. It is somehow very much in keeping with Boris Johnson’s style of government as he prepares to bring the world’s attention to our overheated planet in Britain’s coldest nation.

At the Scottish Event Campus (SEC) on the banks of the Clyde, where this vast COP event is to be staged, a usual force 8 gale sweeps across the river. A lone worker hangs by a rope on the side of the Finnieston crane, grappling with a giant UN banner that, like a faulty mainsail, flaps wildly in the wind.

The place is deserted. However, on Sunday everything will be quite different. After a year and a half in which the Glasgow people, like everyone else, have spent most of their time locked indoors, the city is coming to terms with the fact that the world is about to unravel. way through the front door.

With up to 30,000 delegates, 10,000 police officers and up to 200,000 demonstrators, COP26 – the letters mean “Conference of the Parties” – will be held in a vast tent village, separated from the dirty masses by a steel ring. of security . It’s Davos on the Clyde. Glasgow loves partying as much as anyone, but are we quite ready for it?

About a mile and a half from the COP headquarters is Govan Road, the childhood home of Sir Alex Ferguson. Amid a public backlash against the city’s disheveled condition, council workers are busy removing trash from a small patch of grass there. “I don’t know why we have to wait for someone special to show up to sort it out,” a litter collector mutters.

Outside of the nearby Jobcentre, residents have mixed feelings about the event: a sense of civic pride in the face of Glasgow’s sudden rise in status, and Clyde’s built skepticism about the exact purpose of it all.

“Hopefully something will come out of this, but I can’t help but think they better give money to parts of town like this,” said unemployed Frankie McDermott.

Bob McBride, also unemployed, says no one knows what the event is for. “But I bet they don’t have to use a vaccination passport when they arrive,” he growls.

Spirited retiree who refuses to be named has a warning to all climate activists: “I don’t know how things are in London, but if they try to block the roads here they are going to have a kiss in Glasgow she said, smiling threateningly through her dentures. (Note to XR and Insulate Britain campaigners unfamiliar with the local model: This is Glasgow for a whim.)

Or we can just put the rats on them. Because the Glasgow omnibus speech in recent weeks has not focused on whether Chinese President Xi will participate in the negotiations, or whether the goal of $ 100 billion to support developing countries will be met, but whether someone from the b *** * y board could take care of our growing rodent problem.

My house, about a mile from the COP site, has been overrun with creatures lately. After a summer gorging on overflowing trash cans in our back alley, rats the size of four Big Macs started to invade our basement and at one point reached my daughter’s room. 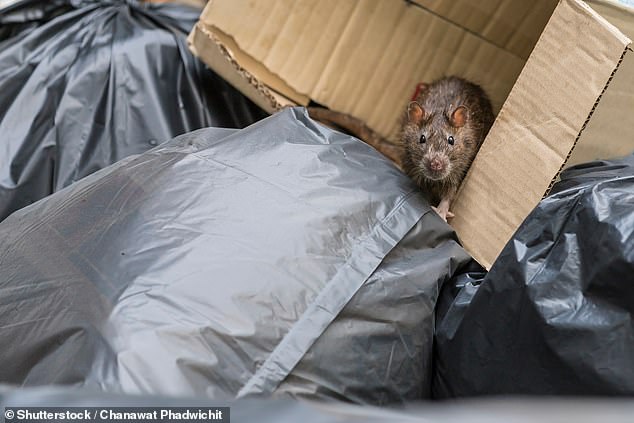 We’re also not unusual: the scourge was so widespread that an anti-rat hotline was set up by the GMB union. Public anger was only heightened by the irrelevant attitude of our city leaders here. On Tuesday, SNP council chief Susan Aitken oddly blamed Margaret Thatcher for the problem, blithely snorted that “all cities have rats” anyway, and said Edinburgh was even worse.

Rats and Scot Nats – we’ve had our fill here.

Fortunately, rodents now seem to be retreating. But the case has fueled a wider concern among Glasgowians that, as they open up to the world, the city may appear a bit underclothed.

Uncollected garbage from the streets has been a problem for months, hence the last minute cleanup in Govan this week. But the board didn’t help matters when it unveiled ‘Bonnie the Seal’ as the official mascot of COP26; a life-size puppet that not only looks eerily (you guessed it) like a huge rat, but is a recycled junk from the city’s last big event, the European Multisport Championships in 2018.

This is only half the picture though, and opportunity is in the air as well as cynicism. The economic benefits of the event for Glasgow could reach £ 100million. And many residents have made it clear that they want as much of this multi-million pound cake as possible.

It’s a city that has never had much problem adjusting its socialist self-image with an eye for quick cash. Stories are now emerging of the exorbitant amounts billed by amateur landlords renting their homes to desperate delegates looking for a place to stay. 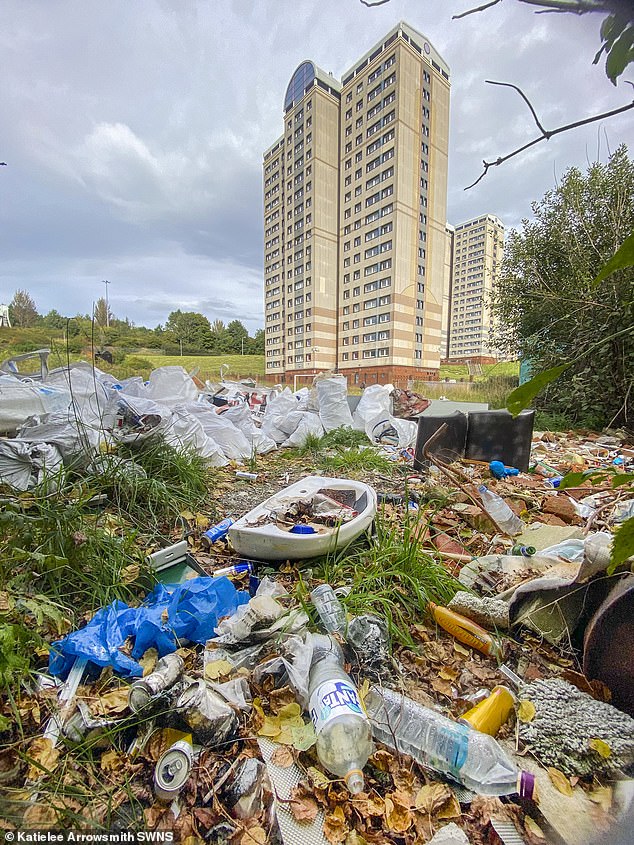 US climate activist Tan Copsey has been told by his Airbnb host in the city’s West End that, as prices in the area have increased by 400%, his rental will be increased by £ 1,500. “I had already paid. We had a deal, ”Copsey noted – and quickly directed his eager host where to go.

A gymnasium near the SEC site has been leased for a deemed amount of £ 500,000. Add the oceans of organic white wine and thousands of cruelty-free canape stewards will gulp down, and it all helps the locals keep the wolf away from the door.

Will the hosts – the British government – therefore reap a political dividend? Glasgow, which in the 2014 referendum voted in favor of the UK’s exit, will she learn to appreciate the benefits of the Union in this way? The jury is out.

Two years ago, Boris Johnson declared that COP26 would serve as a ram for unionism. “I don’t mind seeing a saltire or two, but I want to see the Union flag and I don’t want to see Nicola Sturgeon nearby,” he said, encouraging conservative activists.

Strangely enough, in Scotland it did not go well. Mr Johnson has now understood the meaning – he and Ms Sturgeon will co-host a world leaders reception here next week, and the Union flag and saltire will fly side by side.

For her part, Ms Sturgeon seems determined to whip the event for all it’s worth to polish its international credentials and the cause of independence (in that order). As regards the impact on the Union, the best the government hopes for is that there is no great harm.

Those of us who wish to keep the Union should pray that Mr Johnson does not commit any crimes against Scotland, such as wearing a kilt or joking about what Scots wear under a kilt. 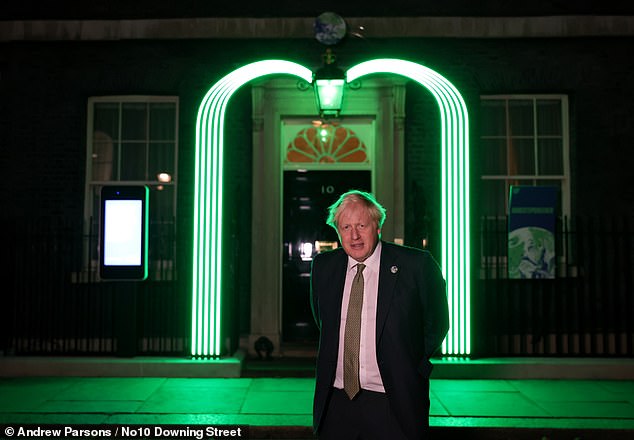 As neither Presidents Xi nor Putin deigns to come, expectations of a decisive Paris-style 2015 deal are low. And there is always the danger at the COP that any benefit of getting together will be outweighed by the apparent hypocrisy of the entire carbon-spitting company.

Case study number one is the fleet of electric Jaguars that will be used to transport VIPs from their hotels. Unfortunately, due to the lack of electrical outlets, diesel generators had to be used to recharge them.

Fiercely, the party’s host, COP President and Conservative MP Alok Sharma, continued to phone in the hope of reaching a meaningful deal.

Whether or not he succeeds, it seems unlikely that his efforts will satisfy the thousands of protesters who are preparing to make their way here – including everyone from genuine climate activists and NGOs to Scottish independence supporters and Black Lives Matter activists.

The Queen, unfortunately, is not coming, but the Climate Change Princess, Greta Thunberg, is. This week she said: “We invite everyone, especially the striking workers in Glasgow, to join us.” 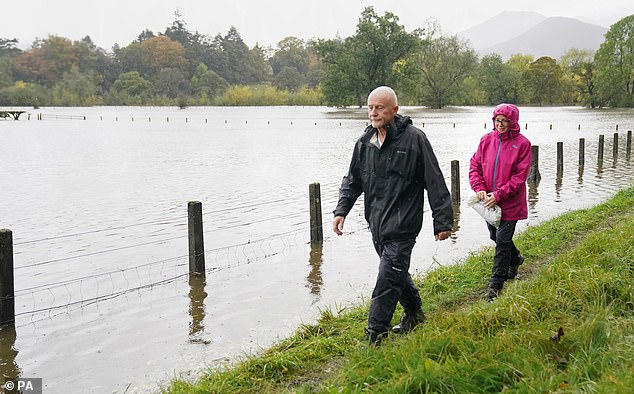 The numbers could be huge. Glasgow’s booming business district, just a Molotov cocktail throw from the COP site, is bracing for action. Many others, meanwhile, are predicting that the next variant of Covid may well be concocted here.

It’s believed that it will take some American muscle to get things done – so all eyes will be on President Biden (who chooses to stay in Edinburgh). White House briefings insist it will keep its promise to halve U.S. emissions by 2030.

But as one of my environmental activist friends notes, if this event were to work, why are we at conference number 26 now? Shouldn’t all this have been settled at COP1?

Glasgowians, despite all their skepticism, are hoping it will work. In Govan, passerby Anne Beamish remarks: “We can take a little inconvenience if it means weaning [young] have a future.

Regardless, including the rats, it would be worth it.