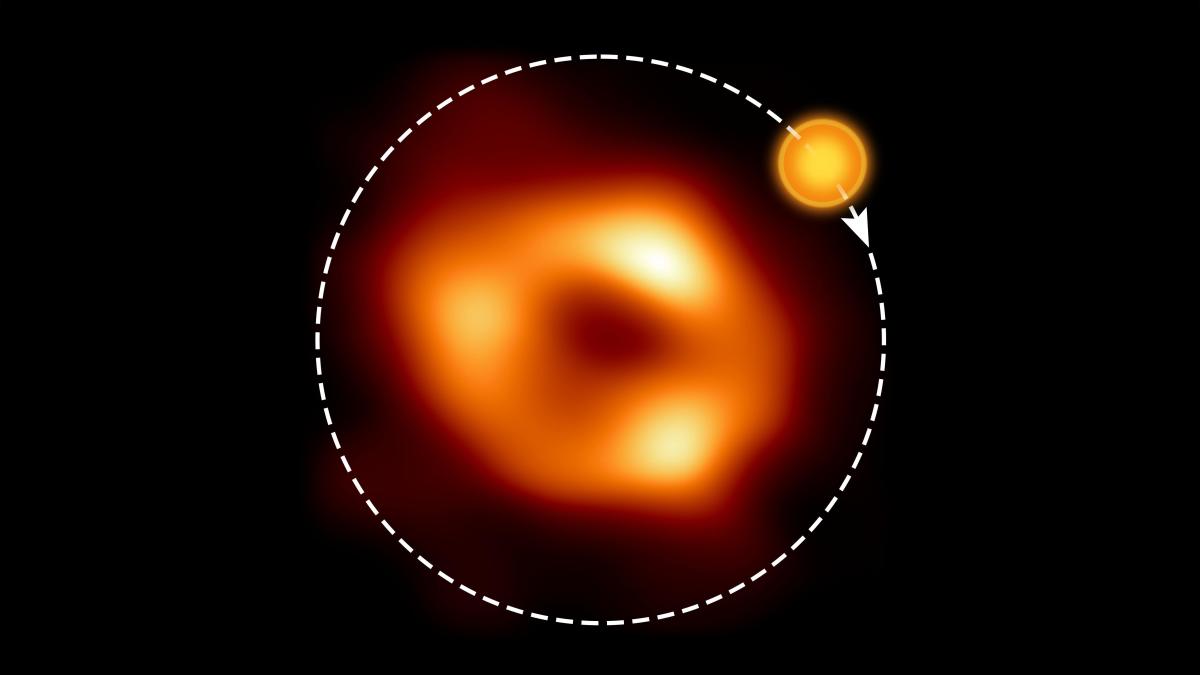 Astronomers have detected a bubble of hot gas swirling around the Milky Way’s supermassive black hole.

They say the discovery helps us better understand the mysterious environment of the black hole called Sagittarius A*.

Observations suggest that the gas bubble is in an orbit similar in size to Mercury’s, but completing the loop in just over an hour.

Maciek Wielgus of the Max Planck Institute for Radio Astronomy in Bonn, Germany, said: “We believe we are observing a hot gas bubble orbiting Sagittarius A* in an orbit similar in size to the planet Mercury, but does a full loop in about 70 minutes.

“It requires mind-blowing speed of about 30% of the speed of light.”

The observations were made using the Atacama Large Millimetre/submillimetre Array (ALMA), a radio telescope co-owned by the European Southern Observatory (ESO) – during a campaign of the Event Horizon Telescope (EHT) collaboration ) to image black holes.

Some of the sightings were made shortly after a burst or burst of X-ray energy emitted from the center of our galaxy.

These types of flares, previously observed with X-ray and infrared telescopes, are thought to be associated with so-called hotspots, bubbles of hot gas that orbit very quickly and close to the black hole.

Dr Wielgus said: ‘What is really new and interesting is that such flares have so far only been clearly present in X-ray and infrared observations of Sagittarius A*.

“Here we see for the first time a very strong indication that orbiting hotspots are also present in radio observations.”

The researchers say the findings appear to support the long-held idea that the flares come from magnetic interactions in the very hot gas orbiting very close to Sagittarius A*.

The team used the new observations with theoretical models to learn more about the formation of the hotspot and the environment in which it is embedded, including the magnetic field around the black hole.

They suggest their research provides stronger constraints on the shape of this magnetic field than previous observations, helping astronomers uncover the nature of our black hole and its surroundings.

The results are published in the journal Astronomy & Astrophysics.

These areas of York are being ’emptied’ by the tourist trend, councilors…