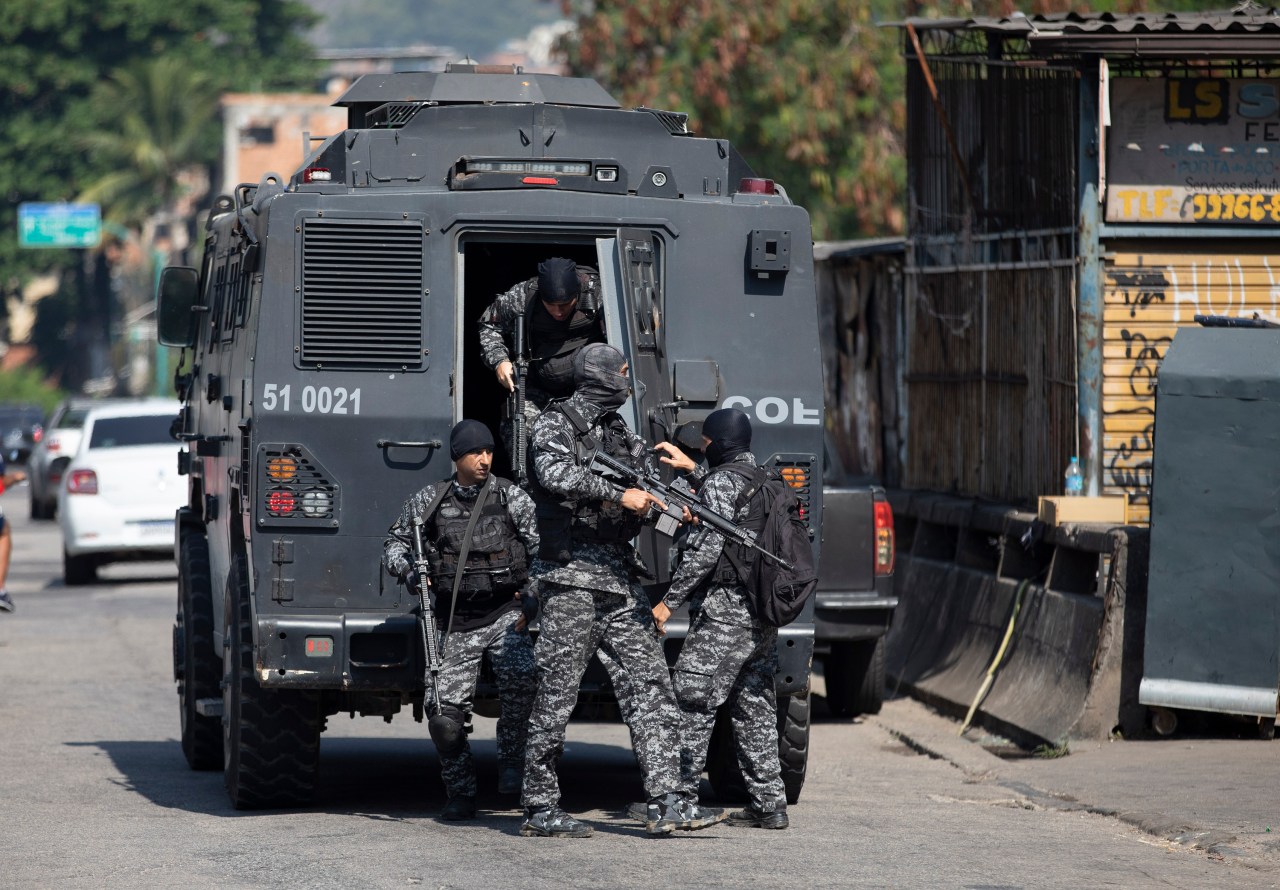 At least 25 dead in Brazilian police raid in Rio

RIO DE JANEIRO (AP) – Police targeting drug traffickers raided a slum in Rio de Janeiro on Thursday and at least one officer and two dozen others died after being shot, authorities said.

The Civil Police press office confirmed the deaths of the cop and 24 suspected “criminals” in a message to the Associated Press.

A police helicopter flew over the Jacarezinho favela as heavily armed men fled the police, jumping from roof to roof, according to images broadcast on local television.

A woman told The Associated Press she saw police kill a seriously injured man whom she described as helpless and unarmed who they found after fleeing to her home.

Felipe Curi, a detective in Rio’s civilian police, denied that there had been any executions. “There were no suspects killed. They were all traffickers or criminals who tried to take the lives of our police and there was no other alternative, “he said at a press conference.

The police had to struggle to enter the favela because of the concrete barriers built by the criminals, according to the detective. The shoot spread throughout the community. During the operation, several people described by Curi as criminals invaded neighboring houses trying to hide. Six were arrested, he said.

Service on a metro line has been temporarily suspended “due to intense gunfire in the area,” according to a statement from the company that operates it. Earlier, two subway passengers were injured when a stray bullet shattered a car window.

Jacarezinho, one of the city’s most populous favelas, with some 40,000 inhabitants, is dominated by Comando Vermelho, one of Brazil’s main criminal organizations. Police consider Jacarezinho to be one of the group’s headquarters.

Thursday’s operation was aimed at investigating the recruitment of teenagers to hijack trains and commit other crimes, police said in a statement.

A group of around 50 Jacarezinho residents flocked to a narrow street on Thursday afternoon to follow members of the state legislature’s Human Rights Commission as it carried out an inspection. They shouted “justice” as they clapped their hands and some raised their fists straight into the air.

The police statement said the criminal gang has a “war structure of soldiers equipped with rifles, grenades, bulletproof vests, pistols, camouflage clothing and other military accessories.”

Observatory director Silvia Ramos said Thursday’s raid was one of the deadliest in the city’s recent history.

Many of them appear to be in violation of a decision by Brazil’s Supreme Court last year that ordered police to suspend operations during the pandemic, limiting them to “absolutely exceptional” situations.

The Supreme Court declined to comment when asked by the Associated Press whether Thursday’s surgery would qualify.

Rio police killed an average of more than five people a day in the first quarter of 2021, the deadliest start to the year since the state government began regularly releasing such data more than two decades, according to the Observatory.