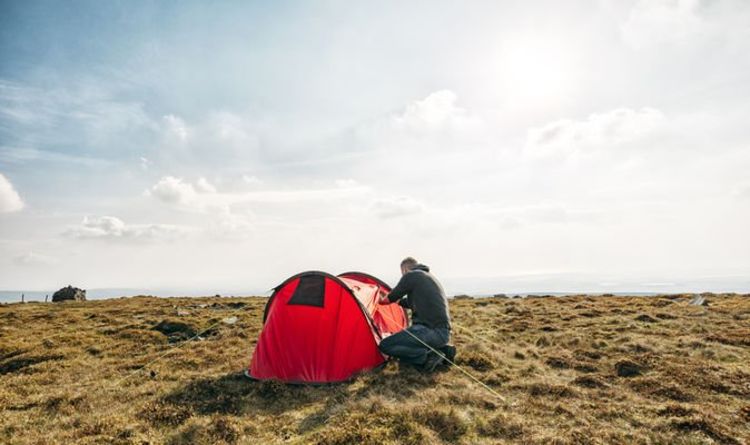 Camping might not be new, but staying in the back gardens can be. With the somewhat gray area of ​​wilderness camping in the UK limiting Brits to official campsites, the rise of garden camping shouldn’t be all that surprising.

Many parts of the country have limited accommodation options, which peer-to-peer outdoor rental tries to address.

Oliver Windle, Founder and CEO of the New Wildpoint Platform, said: “Approximately 40% of stays on the platform cannot be booked anywhere else.

“It’s the ability to stay in unique spaces that weren’t accessible before and have them exclusively for you. This is the attraction of private camping.

Private camping, as it will now be called, has taken off in recent times.

Wildpoint is not the first company to offer a legal alternative to wild camping.

Express.co.uk spoke to two women who are renting out their gardens in Liverpool and London respectively on a different platform, and there are plenty of alternatives all over Europe.

But Wildpoint wasn’t created just to be another platform for an unusual stay in someone’s backyard.

Having only recently launched, Wildpoint is far from being the platform of choice, but that doesn’t stop Oliver from wanting to “make the outdoors accessible again”.

The company relies on people being drawn to the idea of ​​exclusivity and uniqueness.

The idea came to Oliver as he was trying to plan a trip to the Outer Hebrides and realized that there weren’t a lot of camping options.

He said: “I wanted to hike and camp in the Outer Hebrides and realized there were no real places to camp.”

Where most people would have simply given up on their camping trip idea and called it a day, Oliver instead started a business.

He said: “In short, I was looking for places to camp, I didn’t find any, but I realized that all over the islands were these cabins with gardens, backing onto nature.

“That’s where the idea came from: ‘Maybe there is actually something to this’.”

And there was certainly “something to it”.

However, while the idea largely came from the mindset of camping in the garden, the platform also offers “about 30 percent of official campsites”.

At present, Wildpoint, which launched this summer, is still pushing the idea of ​​private camping.

And it works, even with an engagement already underway on one of their sites.

Of the couple who got engaged, he said: “They got engaged in the middle of an orchard, alone, in a quiet, picturesque little place rather than in a field with 30 other people camping next to you.”