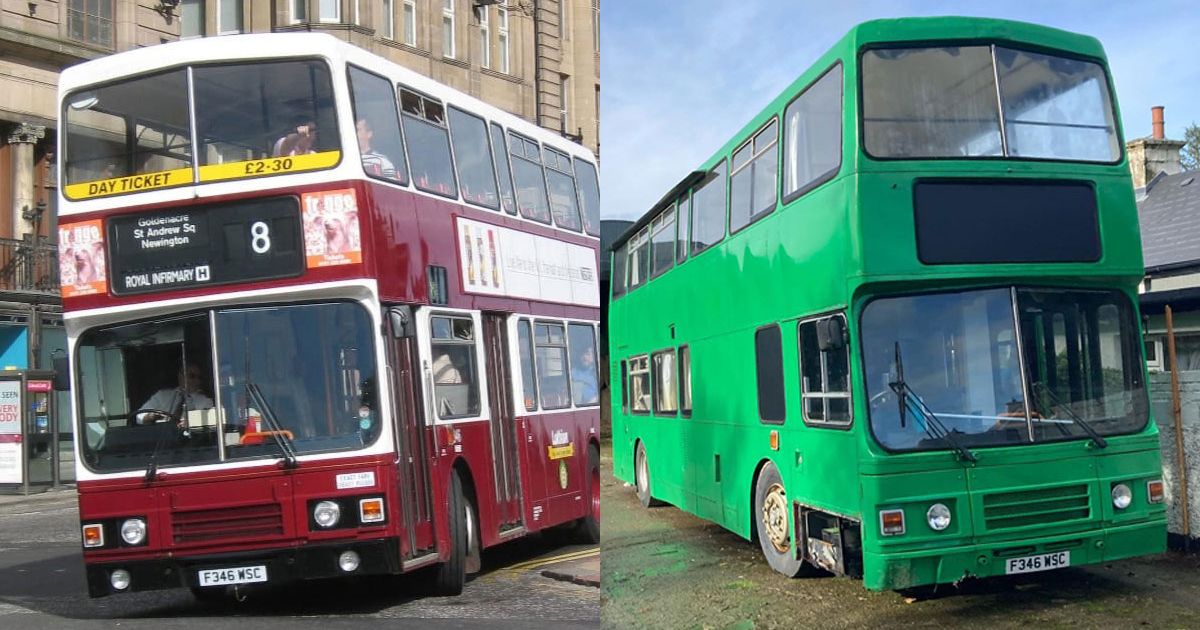 Ballinadee siblings set to give their second bus a makeover

NOT content with having a bus, the McCarthy family from Ballinadee went out to buy another, aptly named “Ballinadee Bus-Eile” to add to their portfolio of quirky accommodation offers on their farm.

Earlier this year, their transformation from an old Dublin bus into luxury Airbnb accommodation captured the public’s imagination. They started the project after losing their father Paddy to suicide last year.

RTÉ’s Dermot Bannon even visited Thomas, Anna and Rachel to share some tips as they sought to turn the bus into livable accommodation and they were featured on his “Super small spaces” spectacle.

The new bus came via Kent originally before ending up in Newry, when Thomas and his siblings learned he was for sale.

“My sister’s fiance, Aidan, saw it on Done Deal. A young guy from Newry who had completely converted him was selling him as he moved to Denmark and it was too good an opportunity to miss, said Thomas.

“We went to Newry the next day and put a deposit on it and had it towed to the farm. We plan to dig a new site near the current bus.

Bandon’s eagle eye Liam Murphy found a photo of the bus while it was in service in Edinburgh, and although it has been converted, they still plan to put their own distinctive mark on it.

“We had a great summer and we were almost full this month and we are also open all winter.

“The plan for next year is that we can do this full time and earn a salary.”

Owners claim the best stakes in the Melbourne Cup

Blind date: “We were the last people in the restaurant – we were there for four…