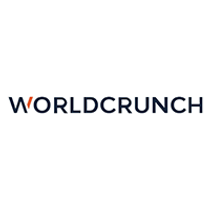 With many residents of the Northern Hemisphere now returning to the office, it’s time to share stories and rankings from our respective summer vacations. A question that always comes up: how crowded was it?

Indeed, travel to popular foreign destinations continues to grow around the world. In 2018, the number of international tourist arrivals is estimated at 1.4 billion, according to the United Nations World Tourism Organization (UNWTO), which forecasts an increase of 3 to 4% for the current year.

Of course, tourism generates wealth and creates jobs. However, some destinations around the world now see it more as a question of “overtourism”. The list of problems brought by external visitors is long: overcrowding, litter, rising prices of housing and land, hidden costs to modernize infrastructure to meet both tourist demand and take care of natural habitats and monuments. sometimes already threatened. There is also a wider awareness of the contribution of travelers to greenhouse gas emissions.

All of this adds up to an “invisible burden” – as the Travel Foundation charity has dubbed it, which has tackled the issue by focusing on different ways to curb mass arrivals. Here are five destinations that have been looking for new ways to, well, repel on the growing crowds:

Waitangi and the Matapōuri Mermaid Pools, two New Zealand hotspots, were recently added to the Travel Responsible website’s interactive map of 98 “places suffering under pressure from overtourism”. Matapōuri had already been closed since April after being polluted with urine and sunscreen, New Zealand news site Stuff reported.

A nationwide response has been put in place: As of July 1, every tourist visiting New Zealand has to pay an international visitor conservation and tourism tax of NZD 35 ($ 23). This new tax will help fight the environmental damage caused by overtourism to the country’s world-famous natural sites and landscapes.

The Peruvian authorities take a very different approach when it comes to managing the flow of tourists to Machu Picchu. As a cornerstone of the local economy, the government recently approved another airport in the Cusco region, hoping to double the number of tourists to the ancient Inca site which is already visited by more than one. million tourists every year.

It didn’t take long for UNESCO to send a letter to Peruvian authorities warning against protecting the Inca citadel, which has long been on the list of World Heritage sites, the Lima-based newspaper El Comercio reported. Any construction that may have an impact on protected areas must be authorized by the United Nations agency. In 2017, the Gestíon news site reported that Peruvian authorities decided to tackle this alarming problem – by introducing a new ticket for a specific period, a guide for each group of visitors.

To great evils the great means. Venice City Council, which teems with 36 million international tourists each year, has put in place a new set of regulations, including fines of 25 to 500 euros and permanent city center bans for visitors exhibiting “behavior” antisocial ”.

Among the punishable behaviors: participating in a kind of noisy party (bachelorette party, bachelorette party, university degree, etc.) from Monday to Thursday between 8 a.m. and 8 p.m., eating or drinking outside the designated areas , wear swimsuits or walk shirtless, ride a bicycle or even push a bicycle in the historic center, be caught singing, shouting or listening to music without headphones from 11 p.m. to 8 a.m. and from noon to 5 p.m. in Italian every day Il Giornale wrote about two German backpackers who were fined 950 euros (then banned) for making coffee on a travel cooker on the steps of the Rialto Bridge.

Made famous by the 2000 film The beach starring Leonardo Dicaprio, the beautiful Maya Bay is closed for business. Initially, the bay was to be given a four-month hiatus to allow the local natural ecosystem to recover from the 5,000 or so tourists, on 200 boats, who came there each day. But last May, the Department of National Parks, Fauna and Flora decided to extend for two years the closure of the tourist magnet, the Bangkok Post reported. It is estimated that 80% of the coral around Maya Bay has been destroyed by human activity.

The decision aroused mixed feelings from professionals and experts alike. Some worry that focusing on one spot will only shift the damage elsewhere and not really get to the root of the problem. So, unless authorities are more generally tackling the environmental damage caused by tourists – by putting a limit on the number of tourists, for example, it may only be a matter of time before others. national parks do experience a similar fate.

Marketing as a last resort. Last year, an estimated 19 million tourists descended on the Dutch capital of 850,000 inhabitants …! Last December, the city decided to remove the letters “I Amsterdam”, the famous selfie hotspot for tourists. Symbolically, this marked the start of their intention to “de-market”, that is, to stop advertising, the destination, after reaching its breaking point. Residents were fed up with the unrest and were evicted to quieter areas outside of the city center.

Me (and them) Amsterdam – Photo: Kevin Mcgill

New regulations were introduced in 2018 to tackle mass tourism, as discussed in Dutch review: higher tourist taxes, Airbnb accommodation will not be rented to tourists for more than 30 days a year (in some neighborhoods, there is even a total ban on vacation rentals), several awareness campaigns. In an interview for Het Parool, the mayor of Amsterdam, Femke Halsema, even began to consider moving the red light district – famous for its prostitution industry – further from the city because it had become an attraction for tourists and disturbed both working women sex and locals.