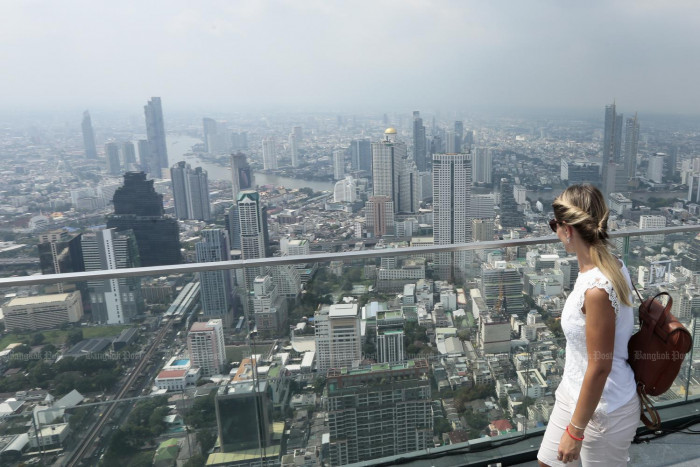 A tourist enjoys a spectacular view of Bangkok from the Mahanakhon Skywalk, one of the tallest buildings in the capital. (Photo by Patipat Janthong)

According to a new study, Bangkok is the second-best city in the world to work as a digital nomad due to its mix of accommodation, Wi-Fi hotspots, transportation, and cuisine.

Research by British group The Instant Group showed that Bangkok was beaten only by Lisbon, Portugal, in the rankings. Bangkok’s position has been attributed to good local food, availability of over 15,000 high-speed Wi-Fi hotspots, good transport options as well as the cheapest accommodation available in the world, with an average of £27 (1,174 baht) per night for an Airbnb.

The key factors for flexible mobile workspaces are affordability, weather, broadband speed, scenery and transport, with Bangkok performing well in all of these categories. 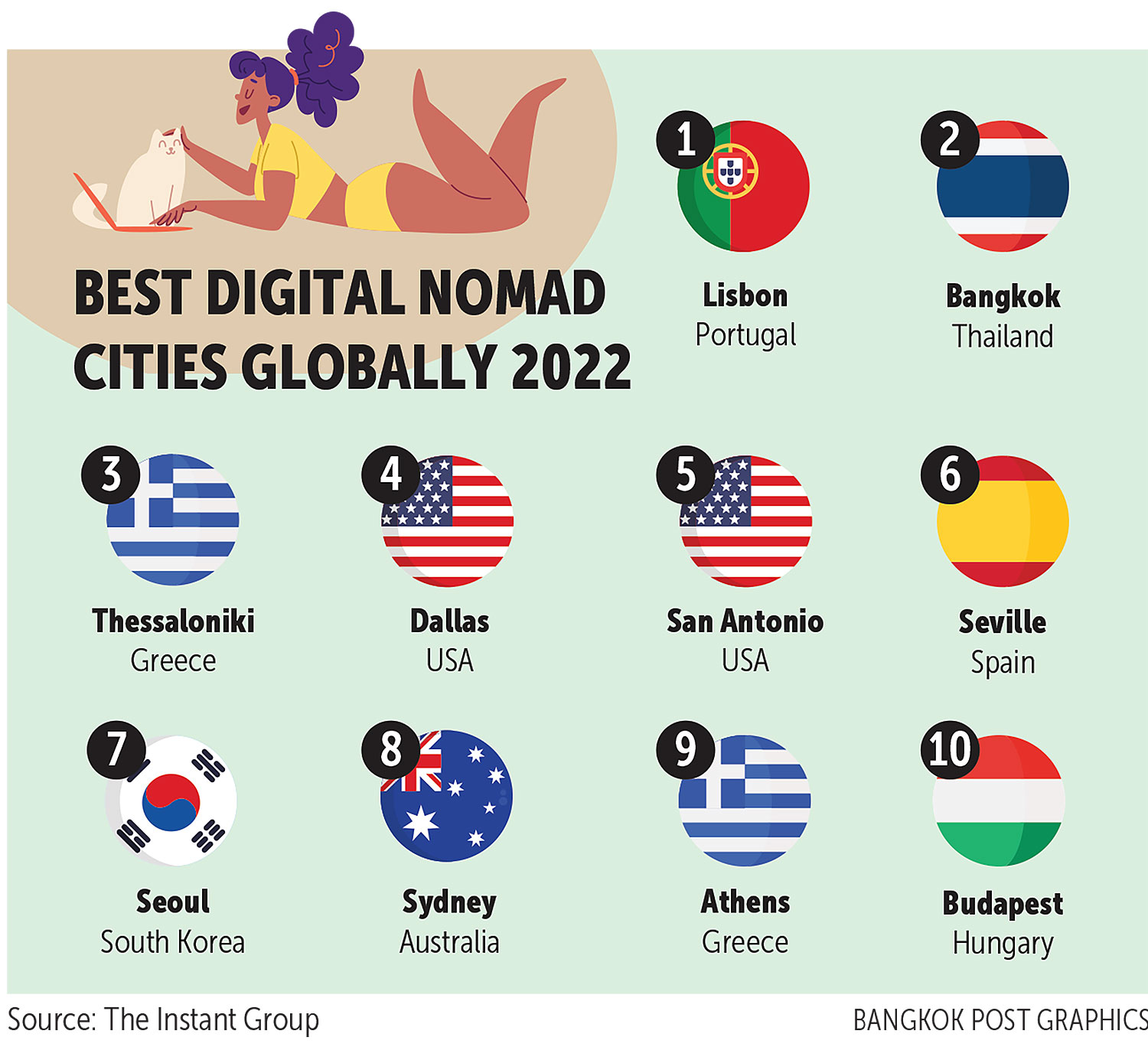 Many major tourist hotspots were ranked relatively low on the list, including London, Paris and Venice, all of which came in well below several unexpected winners such as Thessaloniki, Gothenburg and San Jose.

Meanwhile, more than half of the cities rated in the study’s top 60 are in Asia. Cities like Seoul, Kuala Lumpur, Singapore and Hong Kong offer travel experiences, scenery and food as well as connectivity, infrastructure and a manageable cost of living, the study notes.

For connectivity, Singapore had the fastest average broadband speed in the study, recorded at 256 Mbps, while Jakarta has more than 97,000 Wi-Fi hotspots across the city.

There were already 35 million digital nomads worldwide in 2021.

Maya Rudolph rocks a crisp bob as a billionaire divorcee in ‘Loot,’ which debuts this week on Apple TV+ | Streaming | Orlando