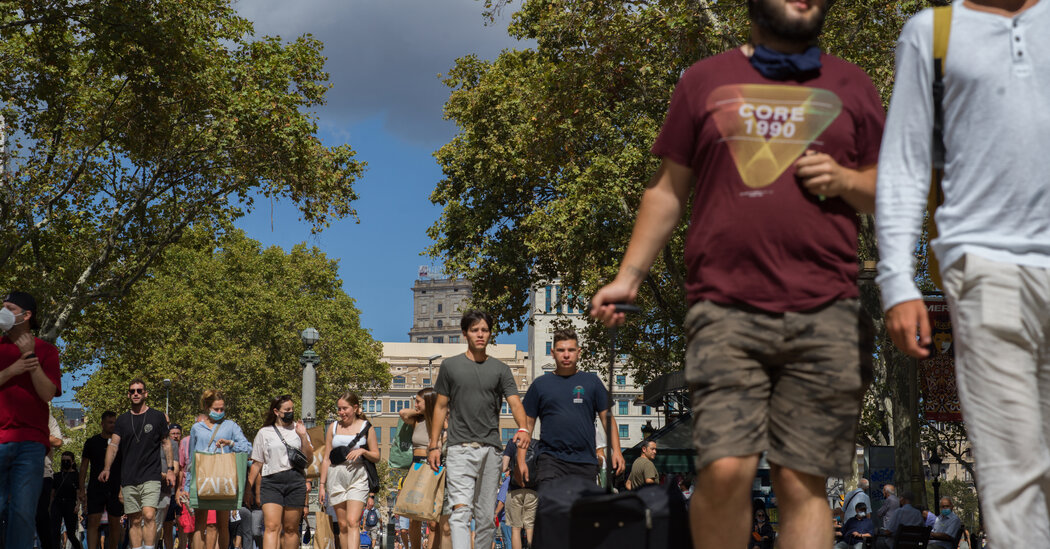 The beginnings of a problem

Forty years ago, Barcelona was not among the must-see cities for most tourists in Europe. But that changed after the city hosted the Summer Olympics in 1992: a huge public investment in beautifying the city coincided with a prominent place on the world stage. A new “destination” was born.

Attracted by the city’s museums, restaurants, architecture and Mediterranean coastline, tourists have arrived from all over Europe and around the world. In 2019, Barcelona – a city of around 1.6 million inhabitants – registered more than 21.3 million overnight stays, more than double the 2005 figure. And that doesn’t even count the more than three million cruise ship passengers who passed through the city’s port that year.

When Airbnb arrived in 2009, Barcelona did not have specific regulations governing private rentals to tourists, but the interest in the service was evident: by mid-2016, there were some 20,000 listings for private rooms and accommodations. entire apartments in the Barcelona section of Airbnb, according to data from Inside Airbnb, which tracks listings in cities around the world. The Barcelona hosts operated in a sort of “gray market” during those early years of growth: it was not explicitly legal, nor clearly prohibited.

But as the number of tourists increased, many Barcelona residents also felt the city was approaching its visitor capacity. In the summer of 2014, anti-tourism protests erupted in the Barceloneta neighborhood, where locals had become frustrated with the noise and loud behavior of visitors coming to party. Anti-tourism graffiti sprouted, sometimes in popular tourist spots, and in 2017, a group of left-wing activists vandalized an open-top bus full of tourists. Many inhabitants – as well as some at the town hall – pointed to Airbnb.

“For a long time, tourism was only seen as a positive thing for the city, but now we are starting to feel all the impacts,” said Mar Santamaría Varas, Barcelona-based architect and co-founder of 300,000 km / s, an urban planning agency. Regarding tourist accommodation, she added that her analysis revealed three main issues: gentrification, overcrowding in public spaces and the disappearance of convenience stores and other essential retail businesses for residents.

Airbnb maintains that private room rentals have little to no impact on local accommodation availability, as people who rent private rooms live on the same property. But one to study published last year in the Journal of Urban Economics found that Airbnb activity in Barcelona has increased rents by 7% and house prices by 17% in neighborhoods with the highest levels of activity on the platform. In the middle district, the effects were a 1.9% increase in rent and a 4.6% increase in house prices.

The 2015 election of Ada Colau as mayor of Barcelona marked a turning point in the city’s relationship with tourism, ushering in the first real efforts to regulate short-term rentals. Already famous in Spain for her work against housing evictions, leftist Ms. Colau has taken a much harder line on tourism than her predecessor. Under his leadership, the town hall decreed a moratorium on new tourist licenses for the rental of entire apartments; launched a major crackdown on illegal apartment advertisements; banned the construction of new hotels in the city center; and introduced neighborhood-specific rules to regulate the establishment of souvenir shops and other businesses that cater to tourists.