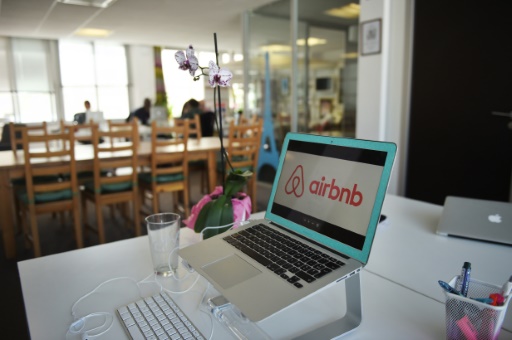 Barcelona‘s left-wing city hall said on Monday it had fined home rental sites Airbnb and HomeAway 60,000 euros ($ 65,000) each for marketing unlicensed accommodation in the Spanish city to accommodate tourists.

Using software, city hall detected listings for 1,891 homes that did not have proper permits on Airbnb, and 3,929 more on HomeAway, she said in a statement.

Since taking office in June, Barcelona mayor Ada Colau, a former anti-eviction activist, has kept her promise to try to curb a boom in visitor numbers that she says could drive out poor residents and spoil the charm of the second largest city in Spain.

The number of visitors to the city rose from 1.7 million in 1990 to 7.4 million last year, making Barcelona the third most visited city in Europe, after London and Paris.

For many years, the tourism boom was seen as a success, but persistent noise problems, rising property prices and illegal tourist apartments have driven many of the 1.7 million residents of the area. city ​​to draw battle lines against the seemingly endless tide of beer. visitors.

A popular 2014 documentary on Barcelona’s strained relations with visitors, “Bye Bye Barcelona”, warned that the city was becoming “a theme park”.

The issue was placed in the political spotlight after newspapers published in August 2014 photos of three naked Italians frolicking in La Barceloneta, a seaside area with many illegal tourist apartments, in broad daylight, triggering protests from the inhabitants of the region.

In addition to fining companies like San Francisco-based Airbnb, which connects people wishing to rent out their homes or rooms to temporary guests, who market homes without proper permits, Colau in July suspended the issuance of new hotel licenses for one year.

Colau came to power after a coalition of citizen groups she led won local elections in Barcelona in May.

The coalition was backed by the new anti-austerity party Podemos, which won a surprisingly high number of 69 seats in a parliamentary election in Spain on Sunday, making it the third political force after the interim conservative People’s Party Mariano Rajoy and the socialists.