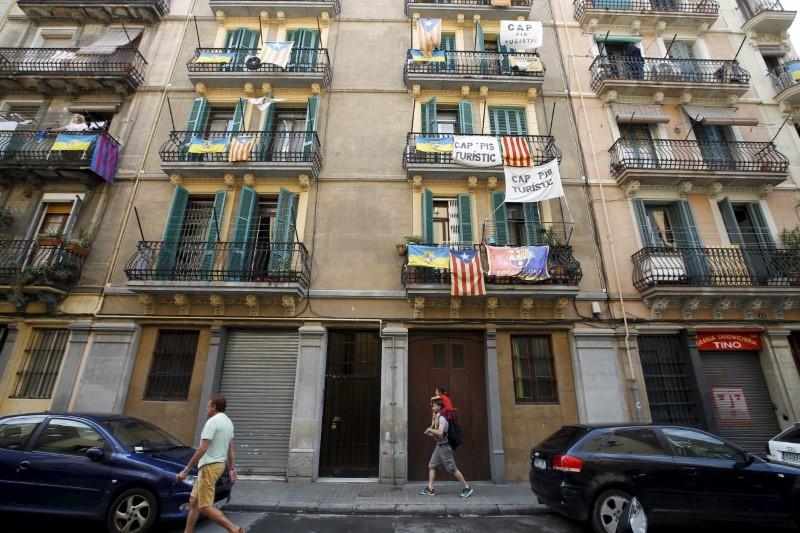 The fine was imposed by the left-wing mayor of Barcelona, ​​Ada Colau, as part of a crackdown on unregulated tourism in the city, where house rental sites have reportedly marketed apartments without listing them in the registry. Catalan tourism.

Capital of the northeastern region of Catalonia in Spain, Barcelona is famous for its Belle Époque architecture, museums and nightlife.

This isn’t the first time the city has fined San Francisco-based Airbnb, one of the fastest growing start-ups in the so-called ‘sharing economy,’ valued at around 25 billions of dollars.

Barcelona City Council reported that Airbnb and Homeaway were repeat offenders who illegally advertised 3,812 and 1,744 properties, respectively. Nine additional rental sites are also expected to face fines of up to € 30,000 for failing to comply with regional tourism laws.

“It should not be possible for thousands of apartments to operate without a license, illegally, without paying taxes and at the risk and peril of neighboring residents,” Colau said on a Catalan radio station on Thursday.

Cities like Berlin, Paris and Barcelona claim that tourist roommate sites deprive residents of permanently rented apartments and drive up the prices of remaining homes on the market. Barcelona has seen an increase in tourism and attracts around 27 million visitors per year.

Airbnb said it was saddened by the decision and would appeal.

“Less than a month ago, we met with officials and Airbnb made a commitment to work together in the best interest of the city. Airbnb is part of the solution in Barcelona, ​​”Airbnb’s Catalan division said in a statement on Thursday.