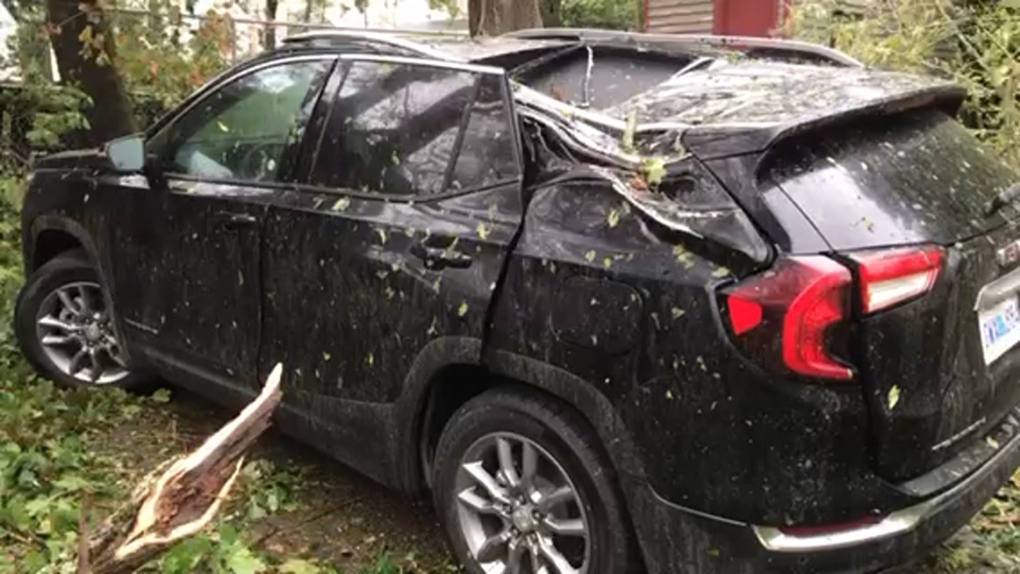 BC residents who were in Atlantic Canada when post-tropical storm Fiona hit are now sharing their chilling experiences.

“Friday got pretty nasty pretty quickly,” Brinton said. “The sound was scary. It was scary.”

On Saturday, Brinton woke up to a large tree smashed by his rental vehicle.

“I probably should have moved him to an empty lot. I didn’t even think about it,” he said. “I’m from the west coast. I’ve been in windstorms before, but that was another level.”

As of Sunday morning, nearly 95% of customers still had no power in PEI.

Brinton said he and his partner originally planned to travel to Cape Breton, Nova Scotia, but will now attempt to return to British Columbia on Tuesday.

At Vancouver International Airport, passengers on a flight from Halifax, Nova Scotia, were happy to fly home on Sunday.

“We weren’t allowed out, you couldn’t get near the water,” Port Coquitlam resident Alessandra Sorace told CTV News.

“It was kind of scary being told not to leave your house because you could literally die,” she added. “The windows were shaking a lot, things were flying in the window.”

Vancouver resident Lauren Isaacson was on the final leg of a Maritimes road trip with her husband when Fiona approached.

“We had just gotten off the Cabot Trail when we started hearing about the storm,” Isaacson said. “We started thinking about what to do when we got to Halifax.

Isaacson said they were in their Airbnb before the storm hit.

“The power went out in the middle of the night and didn’t work for 24 hours,” she said. “But we were fine, we were prepared.”